Home Office is looking at 63 cases where Windrush immigrants might have been wrongly deported, says Sajid Javid

The Home Office is examining dozens of cases where Windrush immigrants might have been wrongly deported, Sajid Javid said today.

Mr Javid revealed that 63 long-term British residents could have been kicked out of the country – and admitted that the true figure could be even higher.

The blunders have emerged as part of an urgent review launched amid a public outcry over the treatment of Windrush people. 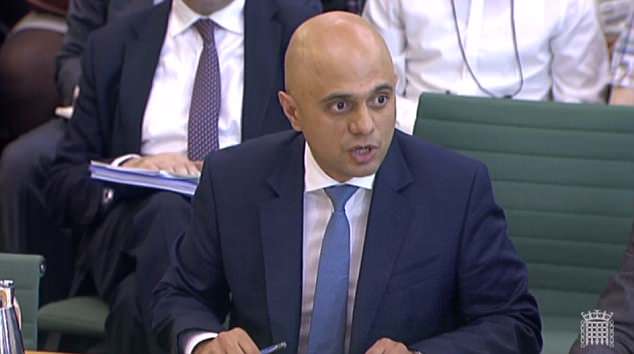 Thousands arrived in UK from the Commonwealth between the 1940s and 1970s, and have often worked and paid tax in the UK for decades.

But they have become caught up in a crackdown on illegal immigration launched by Theresa May.

What is the Windrush scandal and how did the fiasco develop?

The 492 passengers were temporarily housed near Brixton in London. Over the following decades some 500,000 came to the UK.

Many arrived on their parents’ passports and were not formally naturalised as British citizens.

1973 – A new immigration Act comes into force putting the onus on individuals to prove they have previously been resident in the UK.

The move came despite staff warnings that the move would make it harder to check the records of older Caribbean-born residents experiencing residency difficulties, it was claimed

2014 – A protection that exempted Commonwealth residents from enforced removal was removed under a new law. Theresa May was Home Secretary at the time.

Under a crackdown on illegals, Windrush immigrants are obliged to provide proof they were resident in the UK before 1973.

April 2018 – Allegations that Windrush immigrants are being threatened with deportation break. Theresa May issued a grovelling apology to Caribbean leaders after major backlash

Many have found themselves unable to meet demands for detailed documentation, and been denied medical treatment and threatened with removal.

Officials are trawling through 8,000 records dating back to 2002 following fears that people who had been in the country lawfully for decades may have been forced to leave.

Giving evidence to the Home Affairs committee this afternoon, Mr Javid – who became Home Secretary last month after the resignation of Amber Rudd – disclosed that the exercise has so far found 63 people who may have arrived in the UK from the Caribbean before 1973 and have been removed or deported.

Of that number, 32 were foreign national offenders, while 31 were people subject to ‘administrative’ removals.

Mr Javid emphasised that the figures were not final and could be subject to change.

He said: ‘I’ve asked officials to be absolutely certain and thorough and check over every record and make sure.’

In a letter to the committee, Mr Javid also disclosed that more than 500 Windrush immigrants had now received documents confirming their residency rights.

‘To date, the helpline has taken over 11,500 calls, of which over 4,482 were identified as possible Windrush cases and referred to taskforce caseworkers,’ he wrote.

‘These caseworkers phoned the individuals back for an in-depth conversation and as a result over 1,482 appointments have been booked, resulting in 526 people receiving documents which confirm their status.

‘The Home Office is not being prescriptive regarding the evidence of residency – either in respect of how many pieces of evidence are sufficient or what type of evidence should be provided.

‘Instead I have ensured that the process is simple enough to prevent anyone applying needing legal advice, and this is kept under review.’ 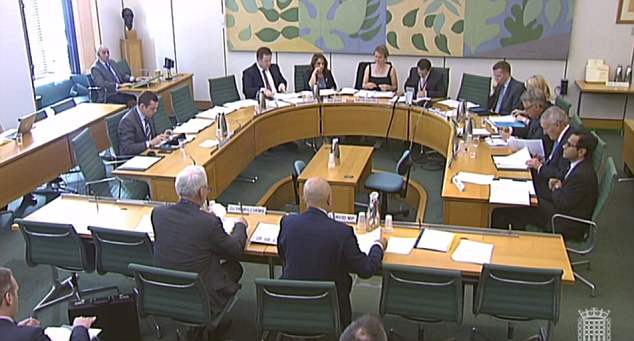 Giving evidence to the Home Affairs committee this afternoon, Mr Javid – who became Home Secretary last month after the resignation of Amber Rudd – provided an update on the response to the Windrush scandal