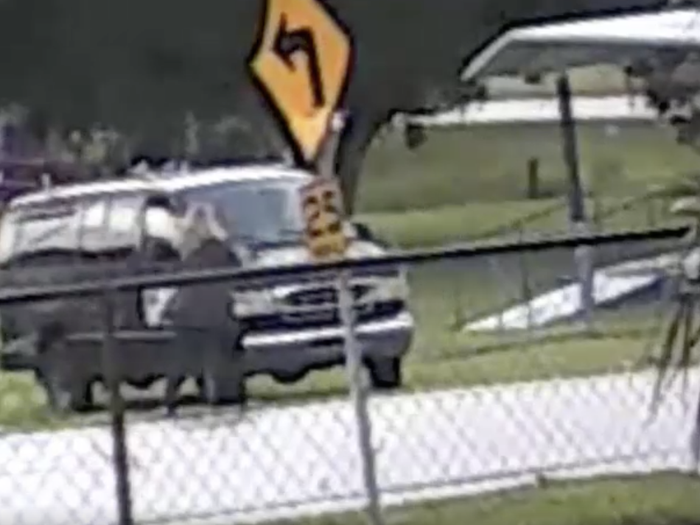 Police are investigating a case where a 52-year-old Florida woman died from critical injuries after she was run over by a teenager-occupied van last month, according to local reports and authorities.

According to a Polk County Sheriff's Office news release, Suzette Penton was struck by a van with four teenagers who went to her Polk City, Florida, residence on November 9. The teenagers — two males and two females, whose ages ranged from 14-18 — went to her home to "handle" and confront her son, Hunter, about a romantic-related conflict that eventually escalated, according to law enforcement.

Although they immediately left the scene, all of the teens in this incident were taken into police custody and charged for their involvement, according to the news release.

In a press conference on Tuesday, Polk County Sheriff Grady Judd said the conflict he described as "post-dating disagreement" started from exchanges on social media between Hunter and his former girlfriend, Stone.

Footage of the incident obtained by Insider shows a physical altercation initiated by the teenagers in Penton's home, while law enforcement says she was running errands. Two teenagers — identified as Stansell and Sutton by Sheriff Judd at the press conference — attacked Hunter. When Penton returned home, she witnessed the fight with her son and tried to take pictures of the vehicle. The video shows the moment when Penton was hit by the van and drove away.

"Suzette is trying to take photographs of the getaway van," Sheriff Judd said at the press conference. "Elijah Stansell runs over her…. completely over her. She has tire tracks on her body where he runs totally over her."

According to Sheriff Judd, Penton was a mother of two and a cherished librarian in her community. She passed away last week after enduring critical injuries, according to Florida's WFLA-TV.

"Suzette is the librarian for the city of Polk City," Judd said. "Suzette Penton helped make it a wonderful community with the work she did with children at the library. She always went above and beyond."