WASHINGTON — It was the perfect Philip Greene anecdote, equal parts military and mixology.

“John Philip Sousa was the director of the Marine Band,” Mr. Greene began, nursing a rye manhattan in a far corner of the Round Robin Bar, a historic lounge just a stone’s throw from the White House. “His successor was a fellow named Fanciulli. Fanciulli was leading a Memorial Day parade right outside here” in 1897.

When a superior officer ordered Francesco Fanciulli to lead the band in a particular piece, he refused. Mr. Fanciulli was arrested and court-martialed for disobeying an officer. Still, the band leader’s name lives on in liquid form. “Fanciulli has a cocktail named after him,” Mr. Greene said. “It’s basically a manhattan with a little Fernet Branca.”

Mr. Greene understood his story coming and going. By day, he is the trademark and internet counsel for the United States Marine Corps, with an office in the Pentagon, and he is as suit-and-tie proper as that job title would indicate. In his spare time, he is a drinks historian more prone to wearing tuxedos and seersucker. His latest book, “A Drinkable Feast: A Cocktail Companion to 1920s Paris,” was published in October.

The split focus of his life prompts some interesting reactions. “When I give a presentation to the public and I’m announced as one of the founders of the Museum of the American Cocktail, you hear a few suppressed giggles,” he said. “But then they say, ‘He’s also the trademark counsel for the Marine Corps,’ and they say, ‘Oh.’”

A born-and-bred Washingtonian, Mr. Greene, 57, didn’t know he had cocktails in his blood until 1996, when he decided to research his ancestry. Soon enough, the name Peychaud popped up. His great-great-grandfather Turiaf Dupré, married Marie Louise Peychaud in 1856 at St. Louis Cathedral in New Orleans. Anyone who has ever put together a Sazerac knows the name; it’s on the bottle of bitters, invented by Antoine Peychaud, that you need to make the cocktail. (Antoine was Marie’s third cousin.)

Just like that, Philip Greene, government lawyer, was cocktail royalty. “It boggles my mind how many doors that connection has opened,” he said.

In 2004, he contacted Tales of the Cocktail, a new cocktail convention held in New Orleans, offering to speak about Antoine Peychaud. Ann Rogers (now Ann Tuennerman), the convention’s founder, agreed, and introduced him to other leading lights of the cocktail world.

Since then, he has lectured on bitters, New Orleans cocktails and other bibulous subjects; beginning with “To Have and Have Another,” his 2012 survey of the cocktails Ernest Hemingway drank and wrote about, he began writing books. 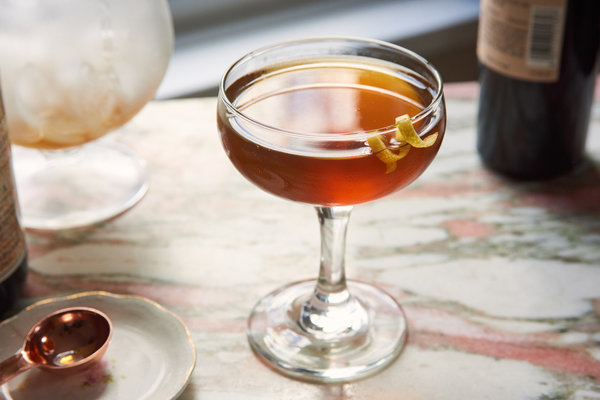 The Pentagon seems to be fine with that. Mr. Greene has taught seminars on military-themed drinks (like the Guadalcanal cocktail) for the annual conference of the Navy Office of the General Counsel. He has delivered toasts at the annual William J. Donovan dinner given by the O.S.S. Society, which is named after the World War II-era precursor to the C.I.A.

Mr. Greene has joined in a few “wetting-down” ceremonies, in which newly promoted officers buy a celebratory round for their colleagues. And he has been asked to make Fish House Punch, an 18th-century drink, for a Marine holiday party. (“I suggested Fish House Punch because General Victor Krulak, who was a three-star — it was his favorite drink.”)

Derek Brown, an owner of the Columbia Room bar here, doesn’t see Mr. Greene’s twin occupations as being in conflict. “Both require meticulous research and thoughtful arguments,” he said. “This is from the man who dismantled the myth that his great ancestor, Antoine Peychaud, invented the cocktail. What is that if not copyright work?”

Mr. Greene’s latest volume brought him back to the drinking habits of Hemingway, a favorite author since he first read “A Farewell to Arms” in high school. The book traces the writer’s haunts and drinks in 1920s Paris, as well as those of F. Scott Fitzgerald, John Dos Passos, Pablo Picasso, Gertrude Stein, and Gerald and Sara Murphy.

Fitzgerald gets noticeably less love in the pages than Hemingway. “I’ve been asked to write the Fitzgerald cocktail book,” Mr. Greene said, “and I don’t feel I can do it in good conscience, because I feel alcohol was much more his enemy than it was Hemingway’s enemy.”

Mr. Greene conceded that the gravity of his day job can sometimes make his side pursuit look frivolous by comparison. But every now and then, something validates his second career. A few years ago a Marine major walked up to him and asked if he was Philip Greene, the writer. “He said, ‘My wife gave me your Hemingway book before I went on deployment and, when I was in Afghanistan, I read a chapter every night to just clear my head.’”

It was a small bit of evidence that cocktails can be a civilizing, as well as a thoroughly American, force.

Supportive tweets from cocktail fans on social media are all very nice, he said. “But, you’re like, no — I actually helped a Marine living in hell.” 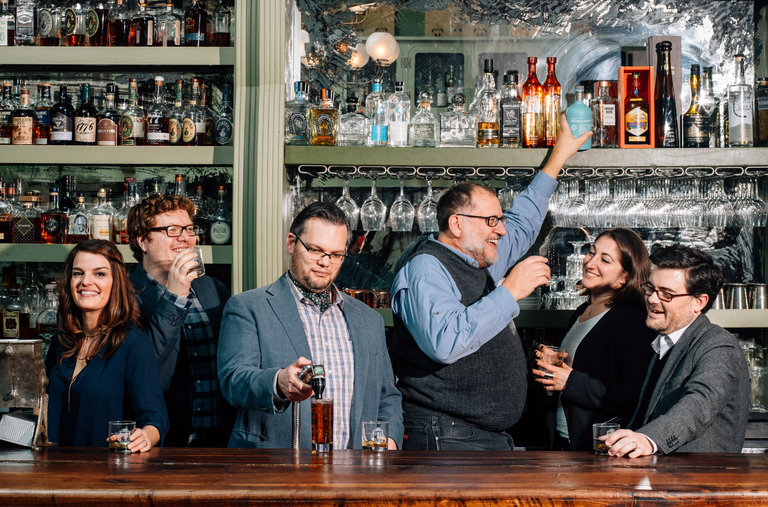 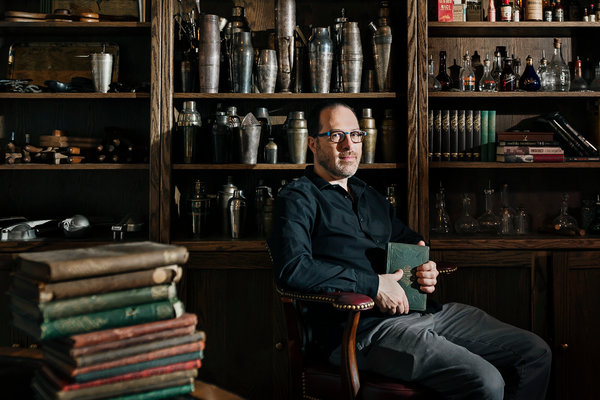