Most people seeing sharks in the shallows would get out of the sea immediately, but a group of dogs in Australia have shown they are made of stronger stuff.

The bold canines were filmed splashing around in the surf seemingly playing with several sharks trying to feed off Murray Island, one of the Torres Strait Islands between Papua New Guinea and Far North Queensland.

Greg MacKinnon, from Irvine, who filmed the unlikely encounter, first noticed a hubbub in the shallows and saw a group of sharks had corralled a shoal of small fish into the shallows to trap and eat them. 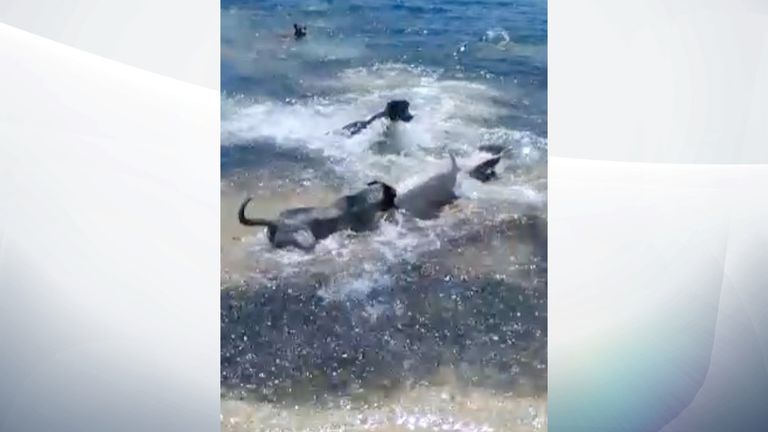 Their feeding frenzy was interrupted by a gang of four dogs who jumped into the water and began chasing and trying to playfully bite the predators.

At one point three of the pooches surrounded one shark, which thrashed its tail violently to get away.

In the video, unseen people appear to be calling the dogs, but all the animals involved appeared unharmed after the encounter which seems to be more fun for the canines than the big fish. 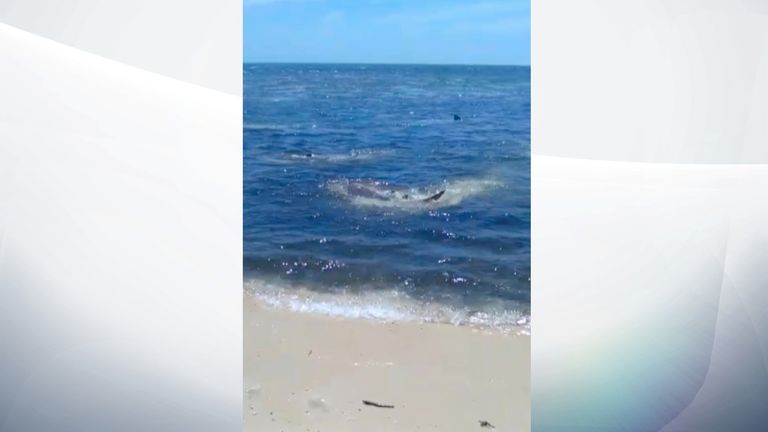 Mr MacKinnon, a site supervisor, said the bizarre incident happened a couple of weeks ago as he walked down the beach after work.

He said: “It always appeared playful between the dogs and sharks, the sharks are always in the shallows and the dogs are island dogs so I’m pretty sure they know each other.

“The sharks seem to prey on small fish in the shallow waters. It was an incredible thing to see the dogs playing with the sharks, with two animals from different worlds interacting.”