Jeremy Corbyn has vowed to oppose Theresa May’s Brexit deal, describing the agreement as ‘a miserable failure of negotiation’.

The Labour leader claimed his party would ‘work with others to block a no deal outcome’, advancing its own ‘sensible’ deal as an alternative.

His criticism comes as Theresa May secured approval in Brussels for her Brexit plan.

Mr Corbyn said: ‘This is a bad deal for the country. It is the result of a miserable failure of negotiation that leaves us with the worst of all worlds.

‘It gives us less say over our future, and puts jobs and living standards at risk.

‘That is why Labour will oppose this deal in Parliament. We will work with others to block a no deal outcome, and ensure that Labour’s alternative plan for a sensible deal to bring the country together is on the table.’ 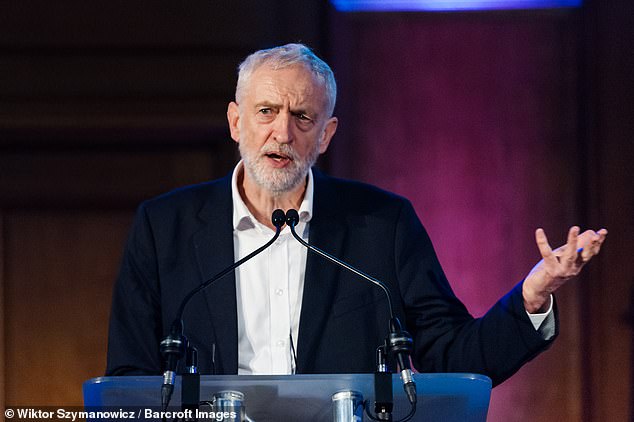 The Labour leader claimed his party would ‘work with others to block a no deal outcome’, advancing its own ‘sensible’ deal as an alternative 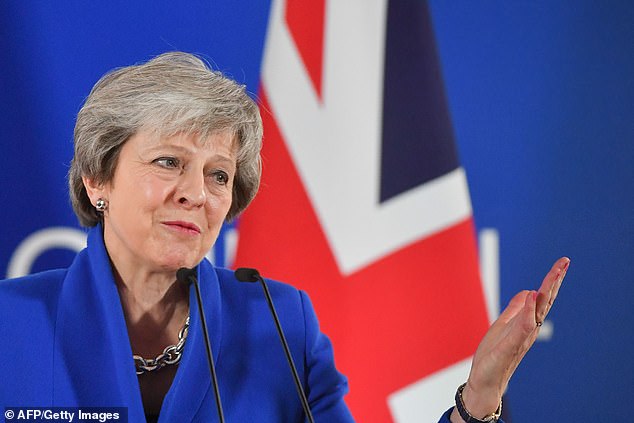 After an historic Brussels summit to seal the deal, Mrs May said her plan would take back control of ‘our laws, borders and money’ while protecting jobs and security – meaning it was in the ‘national interest’.

Despite gaining approval in Brussels, Mrs May’s toughest battle may yet be fought in the Commons as she tries to pass the deal through a divided parliament.

Criticism of her deal has come from several key figures aside from Mr Corbyn, including DUP leader Arlene Foster, who hinted that her party could support a ‘plan B’ Brexit.

Mrs May is now engaging in a charm offensive to convince the public she has delivered on what her team considers to be the main message of the referendum – tackling immigration.

But she addressed criticism of her plan by saying: ‘In any negotiation you do not get everything you want… I think the British people understand that.’ 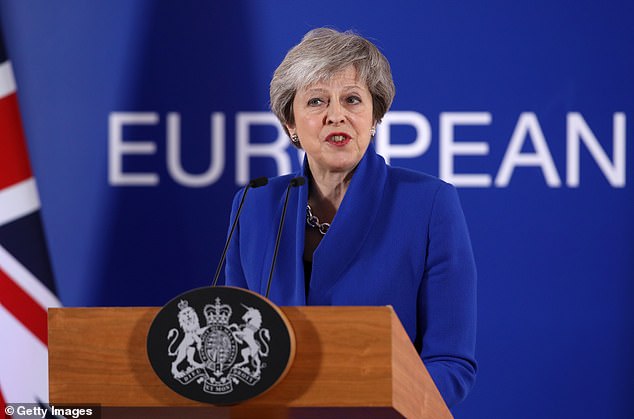 ‘In any negotiation you do not get everything you want … I think the British people understand that,’ Mrs May said

Many of Mrs May’s fellow Conservatives also claimed the Prime Minister has ‘caved in’ to European leaders on the issue of Gibraltar and ‘sold out’ the 30,000 British citizens who live there.

The furore came after Spain’s Prime Minister Pedro Sanchez said ‘everyone loses’ when it comes to Brexit but Spain has ‘won’ on the issue of Gibraltar after receiving assurances from other EU leaders.

Speaking in Brussels today the Spanish leader said of Theresa May’s divorce deal: ‘We are going to resolve a conflict that has been going for over 300 years.

‘This puts Spain in a position of strength in negotiations with the United Kingdom over Gibraltar that we have not had until now.

‘We all lose [with Brexit], especially the United Kingdom, but regarding Gibraltar, Spain wins.’

For now, the odds of the Prime MInister securing Parliamentary approval seem stacked against her, with criticism of the deal from all sides.

But Mrs May has already set loose her party whips to ensure she has as much backing as possible in the make-or-break vote, likely to be held in the next few weeks.