The fire triggered a series of explosions between the A377 and M5 J31. 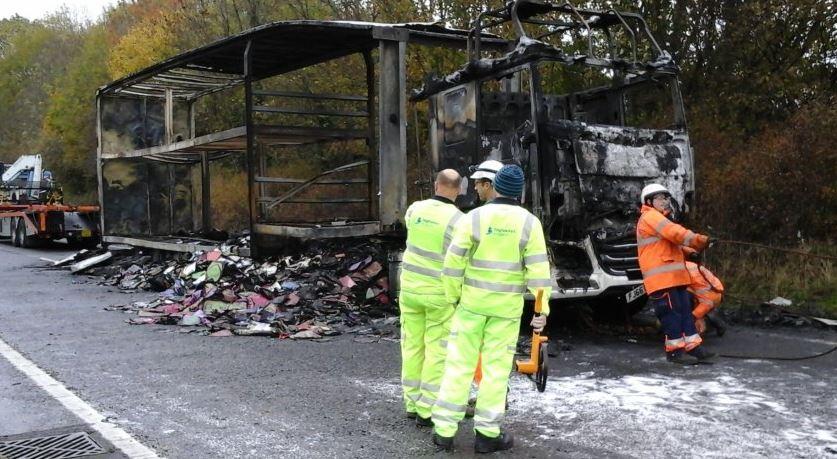 The explosions could be heard from across Exeter and flames could be seen for miles away.

Highways England said the A30 will remain closed eastbound throughout the day because of extensive damage to the surface of the road.

He said: “We were home in the house in Ide village and heard about ten explosions. 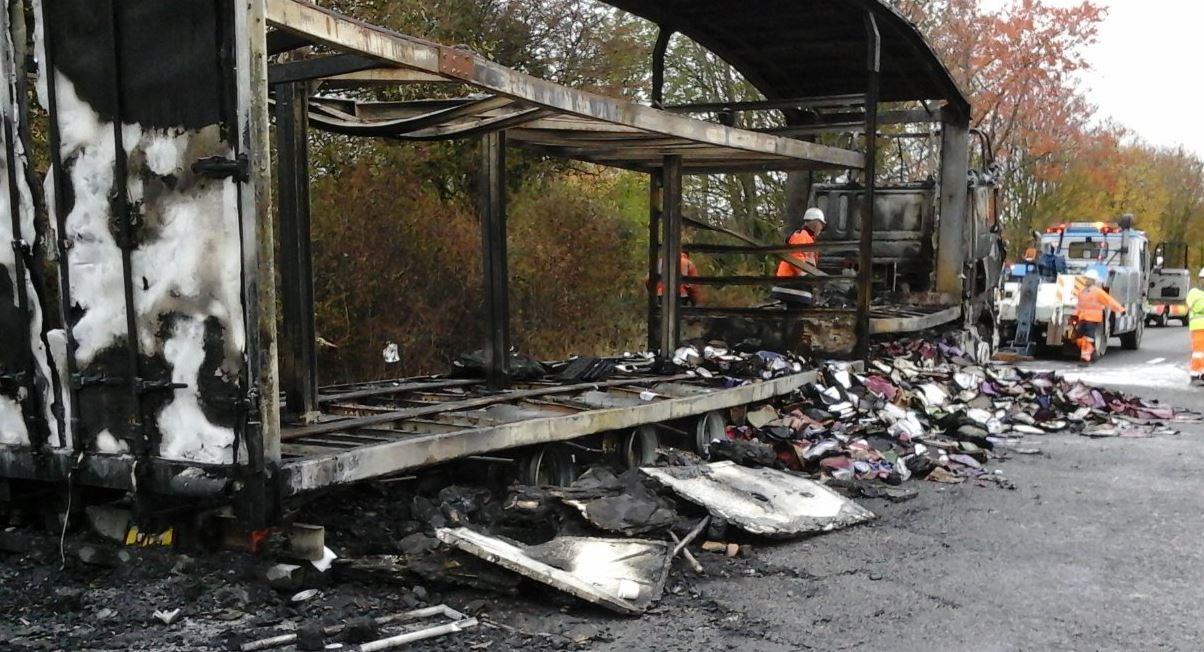 “We thought they would be fireworks but then there were two really loud ones unlike any fireworks we are used to hearing."

The route westbound has reopened but remains closed around Fingle Glen where the A30 meets the M5 near Exeter.

Diversions have been put in place, but police have warned HGV drivers to avoid the route altogether.

A Devon and Cornwall Police officer said: "The A30 eastbound is closed between Fingle Glen and Ide due to a lorry fire.

"It is going to be closed for the rest of the day. Diversions are in place however expect long delays.

"For HGVs the diversion route is problematic so use the A38."

The road closed in both directions on Monday at about 11pm after a fire broke out in a lorry carrying paper.

Multiple fire crews raced to the scene to find the HGV was alight and the tyres started to explode from the heat.

By 2am crews were still battling the fire using compressed air foam, hose reel jets and main jets to extinguish the fire.

Police have attended the scene to carry out traffic duties.