Nearly three years have passed since German Chancellor Angela Merkel first made the famous declaration that “Wir schaffen das”, or "we can do this", in response to a massive influx of asylum seekers from Syria and other Asian and African countries who had become trapped in Hungary. By suspending the European Union's Dublin regulations, which govern where immigrants are allowed to apply for asylum, Merkel took Hungary’s burden and made it Germany’s.

That decision opened a split between Merkel's Christian Democrats and the Christian Social Union, parties that have been in partnership since 1949. And this week that split – personified by German interior minister and CSU leader Horst Seehofer – brought Germany's government to the brink of collapse. 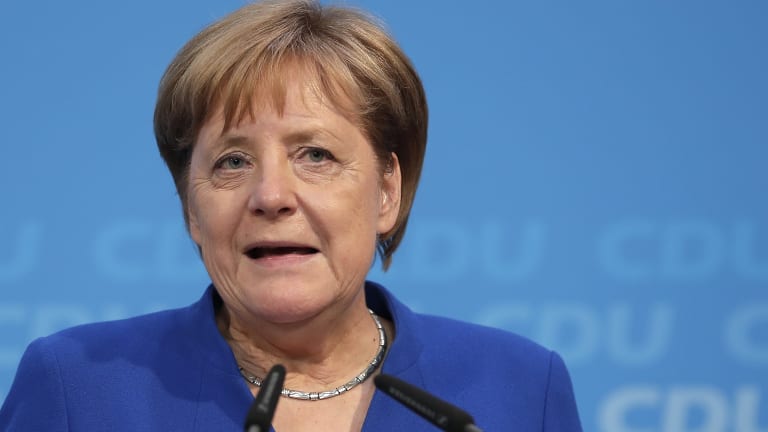 From the beginning, the challenge presented by the immigration crisis has been about more than just procedures and raw numbers (or as one resident of a small German town put it, "how do you integrate 150 refugees in Abensberg?").

Last weekend's marathon Brussels talks in search of a "European solution" and the meetings between Merkel and Seehofer that followed have cast considerable doubt over that trifecta. While much of what was agreed remains vague, it is clear that the "solution" will involve “transit centres” on Germany’s border with Austria and bilateral deals with other EU nations.

More worryingly, it also puts considerable faith in the willingness of North African nations – all of them wrestling with severe human rights problems of their own – to join Turkey as subcontractors for refugee processing, despite the absence of any commitment from the likes of Egypt, Morocco or Tunisia.

“Mutti” (“Mummy”) Merkel is still the second most trusted politician among Germans – the first is her Christian Democrat colleague Wolfgang Schauble – but in the wider EU, memories of the euro zone crisis and Berlin’s role as enforcer of austerity have left her isolated.

Her CSU allies – in a situation analogous to the Nationals' here – approach an election in their home state of Bavaria looking nervously to their right and the challenge of the openly xenophobic Alternative for Germany. Across Europe that political situation is replicated, bringing with it the most fundamental questions of all: what is Europe and what are the values it should stand for?

There are those who feel this question must be answered in cultural terms, through an unequivocal rejection of Islam – a camp with which Seehofer has identified. Others believe Europe's greatest gift to the world is in enshrining human rights and the rule of law.

When Merkel told the German parliament on Thursday that migration "could end up determining Europe's destiny", she placed herself in this second group. The question now is whether the fears of one side and the ideals of the other can be reconciled in a way that allows the centre to hold. "Right now, facts don't matter so much, it's only feelings," Danish politician Yildiz Akdogan observed. It has to be hoped that she is wrong.