Not in my SCOUSE! AirBnB host for luxury apartment in Liverpool bans LIVERPUDLIANS over fears they will wreck it

An Airbnb host based in Liverpool has banned Scousers from renting their luxury apartment – despite the rental company saying they are ‘passionate’ about the city.

The hosts, a duo called Katy and Joe who put their place up for rental through the company, refused to accept a booking from a fellow Liverpudlian because previous guests from the city caused ‘thousands of pounds worth of damage’.

The angry mother took to social media after Liverpool-based company Host SoSimple declined her and her two children a stay at a luxury warehouse apartment listed on the popular accommodation booking site. 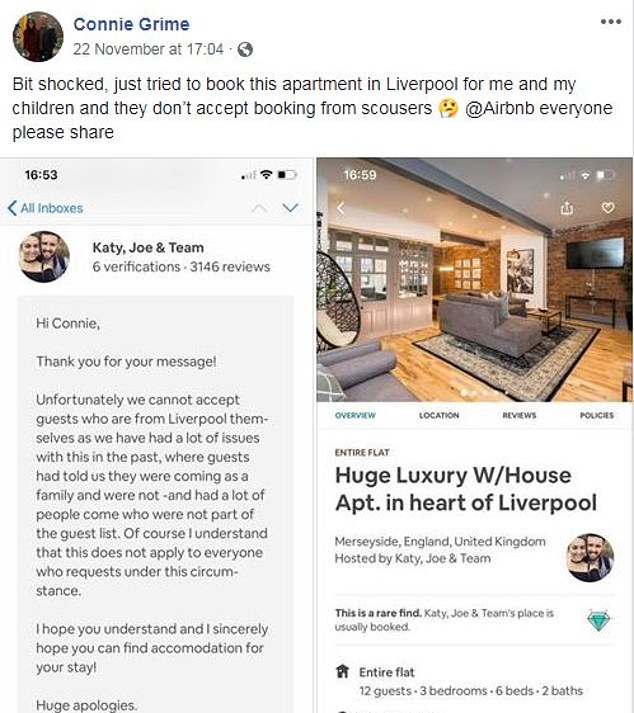 An Airbnb host based in Liverpool refused to accept a booking from a fellow Scouser who tweeted her dismay, tagging the company and getting a response from the owners

But the host said past instances of families overcrowding properties and causing damage meant they no longer accepted bookings from locals, despite the attempted booking being for a Monday and Tuesday.

In her online rant, Connie Grime wrote: ‘Bit shocked, just tried to book this apartment in Liverpool for me and my children and they don’t accept booking from Scousers.’

The post was followed by a screen grab with a reply from the pair who are believed to own the property who said due to ‘past issues’ they and the company could not take bookings from people from Liverpool. 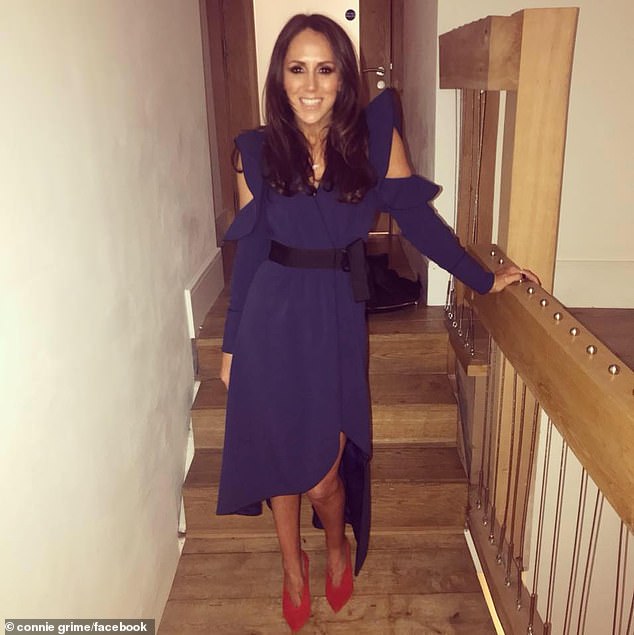 Replying to shocked commenters on Facebook, Ms Grime said: ‘It’s just madness they actually admitted it was because we were from Liverpool.’

The full reply from the rental company acting on behalf of the owner’s interests said: ‘Thank you for your message.

‘Unfortunately we cannot accept guests who are from Liverpool themselves as we have had a lot of issues with this in the past, where guests had told us they were coming as a family and were not and had a lot of people who come who were not part of the guest list.

‘Of course I understand that this does not apply to everyone who requests under this circumstance. 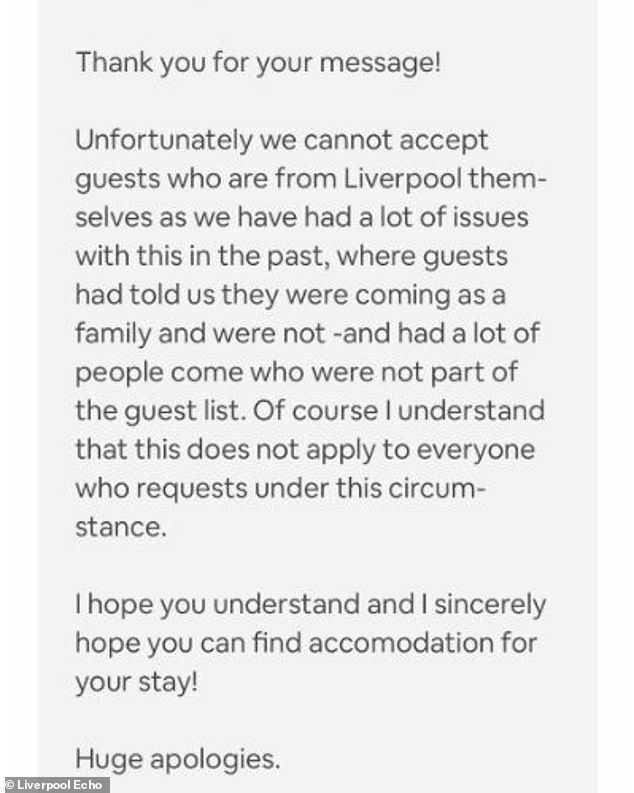 ‘I hope you understand and I sincerely hope you can find accommodation for your stay.

In a further statement, Host So Simple, which manages a number of luxury apartments across Merseyside, said it was ‘passionate’ about the city of Liverpool.

In an explanation as to why the mum was refused a stay at the property, the company said it ‘welcomes everyone to our properties’.

However the owner of the property had a previous problem with ‘locals’ who ‘created thousands of pounds worth of damage’ at the £55-a-night property.

A spokesperson for Host So Simple said: ‘We act in our clients’ interest as if each booking was going in to our own home. 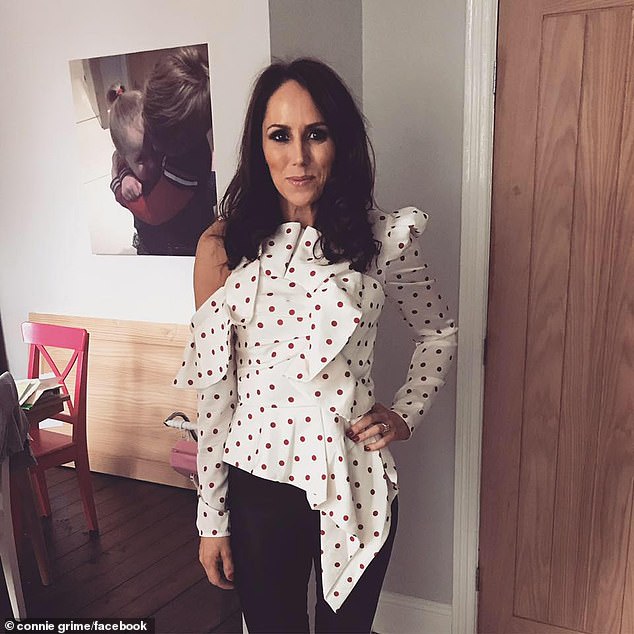 ‘We are a young, Liverpool-based business, owned and operated by Scousers and we welcome everyone to our properties within the terms of each individual booking.

‘It is an industry wide issue that parties from across the country will book in to luxury apartments and create thousands of pounds worth of damage, and in this instance the property has had a previous problem booking from locals, which is why they came to Host So Simple to manage their experience.

‘Last minute local bookings have created issues for us in the past and the owner has stipulated that for this specific property we should be on high alert.’

The spokesperson added: ‘It is surprising to see this go so far as we have spoken directly with [the woman] and apologised wholeheartedly for the way in which our message was conveyed.

‘The issue is local people not Scousers and policies like this are in place across the country.

‘We have offered her a 50 per cent discount on a stay in her chosen property and to meet in person so that we explain our decision.

‘We hope that she will take us up on our offer.’

People reacted online in disbelief, Tammy Boden – from Liverpool – said: ‘Not going to get many bookings with that attitude and there discrimination views.’