When Jahmaul Allen danced on the tarmac at Toronto Pearson International Airport as an airplane prepared for takeoff this holiday season, he thought the only people who would see his moves were the passengers, and more specifically, the crying child onboard who he was trying to make smile.

“I felt like I needed to brighten that child’s life,” Allen told ABC News recently. “I just made her smile … so then I continued to dance.”

But ever since the moment was captured on video and posted to Twitter, his energetic sidesteps and shimmies have been watched more than 1.71 million times. 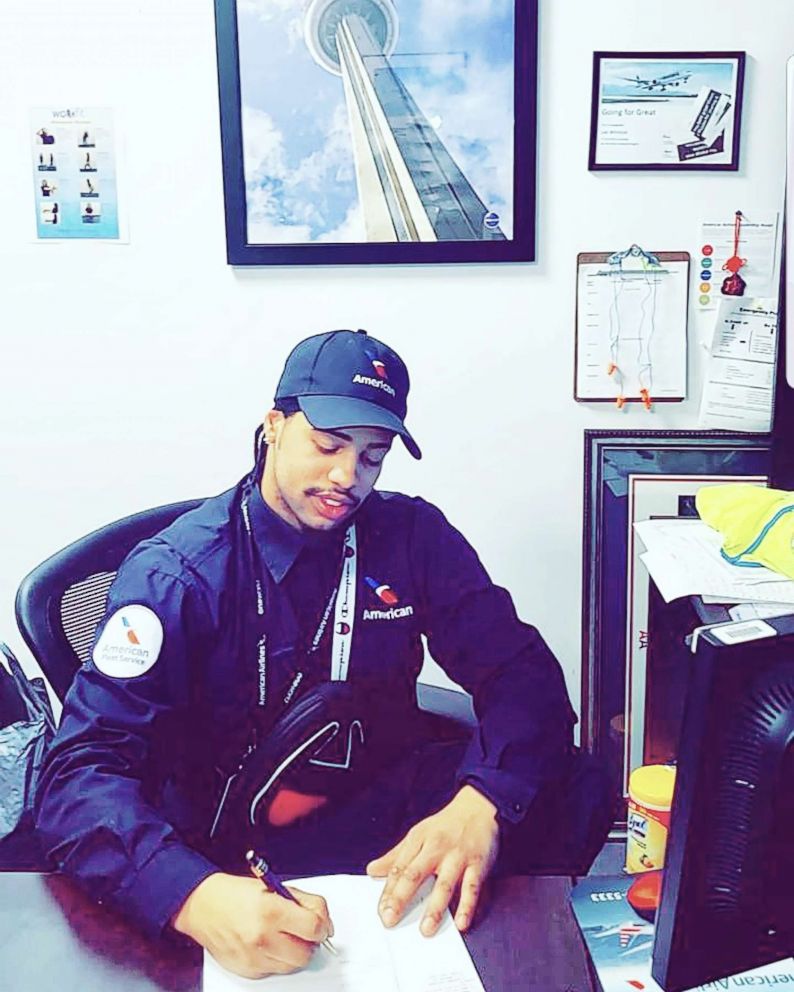 Allen, 28, who has worked for American Airlines for two years, said the dancing didn’t interfere with his duties as a customer service agent but it did show how much he enjoys his job.

“I just love what I do and I love making the passengers happy,” said Allen.

Allen told ABC News that people who in planes that are taking off recognize him now and he still dances every now and then before takeoff. Allen said his sudden internet stardom has come as a surprise, and that even though he enjoys dancing, his dream is to become a pilot.

For now though, he’s just happy the video took off.

“I usually don’t really have an impact on anyone. No one really notices me,” said Allen. “So for this to happen, for this to surface — it’s actually a blessing.”