‘It was an unfortunate error, nothing more’: Alaska Airlines apologizes to gay couple kicked out of their seats so straight couple could sit together, but flat out DENY homophobia was the reason

Alaska Airlines is denying a gay couple was discriminated against when they were told to leave their seats so a straight couple could sit together, saying in a statement that it was nothing more than an ‘unfortunate error’.

David Cooley, who runs two gay nightclubs in Hollywood including The Abbey, posted on Facebook that he and his partner were flying from JFK in New York to LAX when a flight attended asked his companion to move seats so another couple, who are straight, could be seated together.

Cooley said he was humiliated and called out the airline for giving ‘preferential treatment’ to the straight couple.

Alaska Airlines responded to the claims saying in a statement that the incident was ’caused by a seating error, compounded by a full flight and a crew seeking an on-time departure and nothing more than that’. 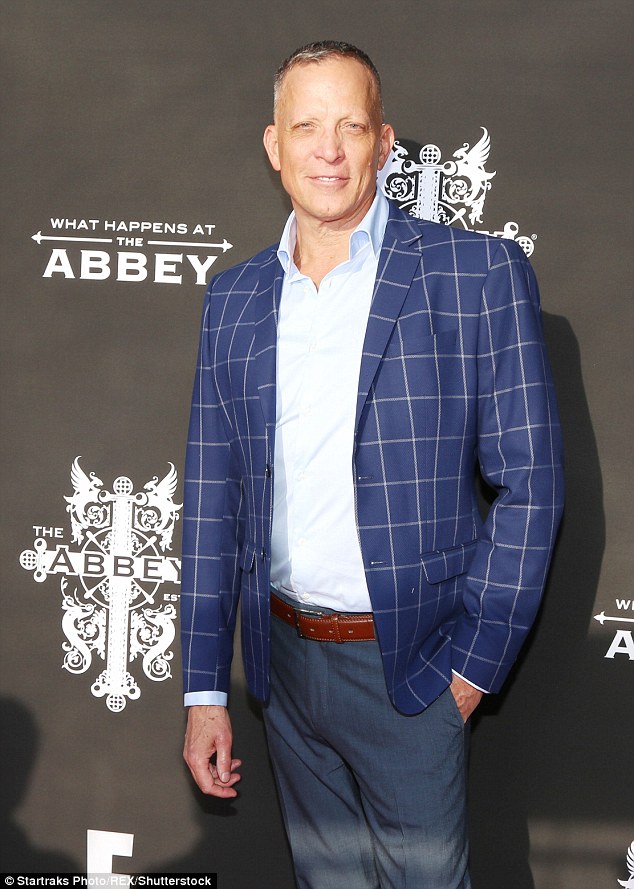 The company added: ‘It’s our policy to keep all families seated together whenever possible; that didn’t happen here and we are deeply sorry for the situation. We’ve reached out to Mr. Cooley to offer our sincere apologies for what happened and we are seeking to make it right.

Diversity and inclusion are part of the fabric of Alaska Airlines. We are an airline for everyone and reflect these values through our work with dozens of nonprofit LGBTQ organizations, Pride Parades along the West Coast and a perfect score in the HRC’s Equality Index. We’ll keep building on this commitment, with our employee-led LGBTQ business resource group.’

Cooley said in a tweet that he accepted the airliner’s apology and are ‘discussing making things right’. 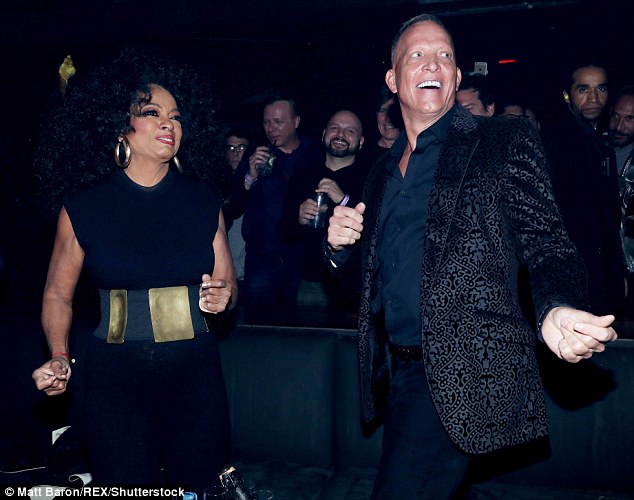 Cooley owns gay LA nightclub The Abbey, where he was pictured with Diana Ross in January

In a Facebook post on Sunday, an outraged Cooley said he tried to explain that he and his partner were a couple and wanted to remain seated together but the flight attendant booted the guy from a premium seat to coach.

‘He was given a choice to either give up the premium seat and move to coach or get off the plane.’

Cooley said he had never before been so discriminated against while traveling.

‘We could not bear the feeling of humiliation for an entire cross-country flight and left the plane,’ he said, adding that they got a Delta flight instead.

‘I cannot believe that an airline in this day and age would give a straight couple preferential treatment over a gay couple and go so far as to ask us to leave.

‘We will never be flying Alaska Airlines or their recently-purchased Virgin Airlines ever again.’ 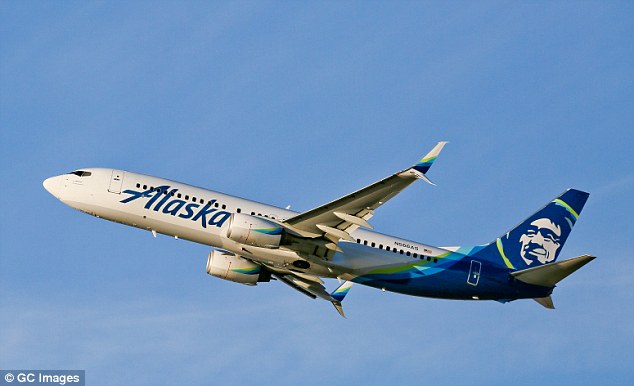 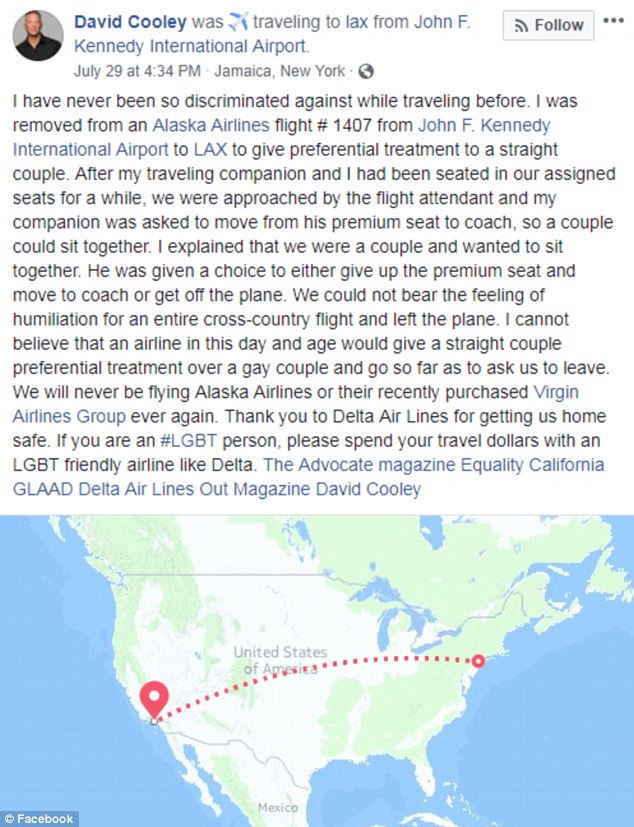 Alaskan confirmed the incident happened and apologized to Cooley and his partner, but denied they were discriminated against.

‘We are truly sorry this event occurred. We mistakenly booked two people in one seat,’ the airline told Cooley via Twitter.

‘I can assure you we are an inclusive airline and hold a zero-tolerance policy for discrimination of any kind in our workplace.’

Alaskan said it was investigating the issue and speaking to all involved to resolve the situation.