In violation of Egyptian and international law, Hussein completes two years in Egyptian jail without charges or trial.

Hussein’s detention is now in violation of both Egyptian and international law, with the former setting 24 months as the maximum period for pre-trial detention.

Egyptian authorities have repeatedly renewed his detention, most recently on December 3 for another 45 days.

Egypt has accused the Qatar-based news producer of broadcasting false news and receiving foreign funds to defame state institutions, but he has yet to be formally charged. 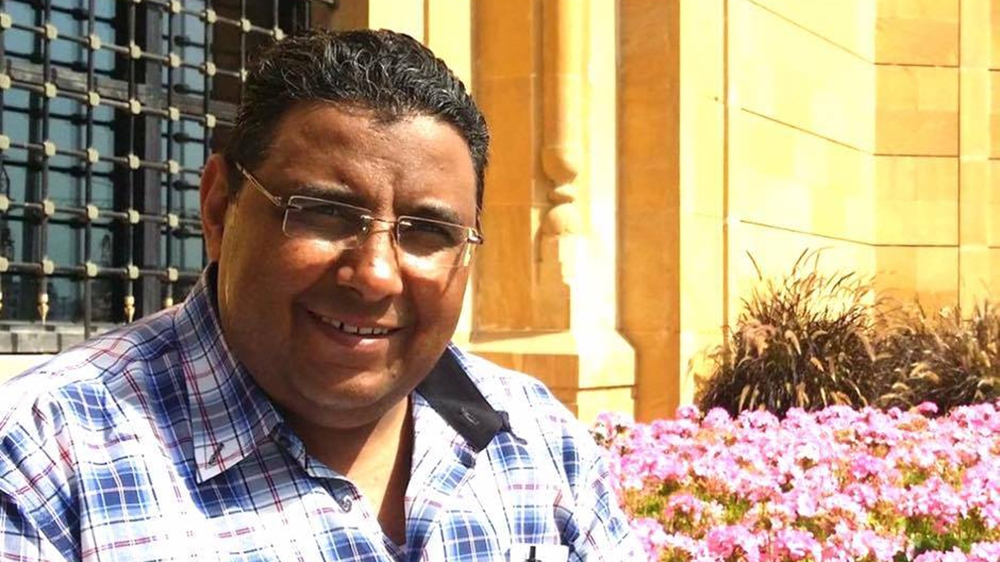 Hussein’s detention has already breached Egypt’s penal code, since he has been held for more than 620 days, the maximum period permitted for an individual being investigated for a felony, without a trial. Authorities should have either released Hussein or referred him to court.

Hussein was detained on December 20, 2016, by Egyptian authorities upon his arrival in Cairo for an annual vacation to visit his family. Three days later he was officially arrested.

Since then he has been put in solitary confinement and denied his legal rights.

Marking Hussein’s two-year detention, Al Jazeera Media Network’s Acting Director General Mostefa Souag, said “Today is a sad day which we hoped would never happen. It is deplorable that Mahmoud is completing two years of detention for no crime other than being an Al Jazeera journalist travelling to his home country to visit his family and loved ones.

“The length of his detention is a further testimony that Egypt has turned into a lawless country with no respect for journalists, media freedom, human rights or even its own constitution.”

In 2013, Egypt also arrested and later imprisoned Al Jazeera’s Abdullah Elshamy, Baher Mohamed, Mohamed Fahmy and Peter Greste on charges of spreading “false news”, in a case that was widely condemned by international media outlets and many politicians.

All have since been released.

Ibrahim Helal, former editor-in-chief of Al Jazeera Arabic, was sentenced to death in absentia for purportedly endangering national security. Several other colleagues have also been charged in absentia, such as journalists Sue Turton and Dominic Kane.

Reporters Without Borders ranked Egypt 161 out of 180 in its 2017 press freedom index, a “blacklist” of countries considered “prisons for journalists”.

“According to our statistics in 2016, we noticed there were at least 20 journalists behind bars because of their work,” says Alexandra El Khazen from Reporters Without Borders.

“They’d find themselves in a group political trial with hundreds of others accused. The accusations against them are political, because of their journalistic work, as if they were activists or terrorists.”

Hussein’s current colleagues describe him as a trustworthy, passionate and experienced journalist.

“He did his job objectively. He always maintained balance and professionalism in his reportage,” Al Jazeera Arabic presenter Mohammad Krichen said.