Tom Evans, 21, said his Alfie's Army supporters should "return back to your everyday lives" following days of fevered demonstrations outside the Liverpool clinic and on social media. 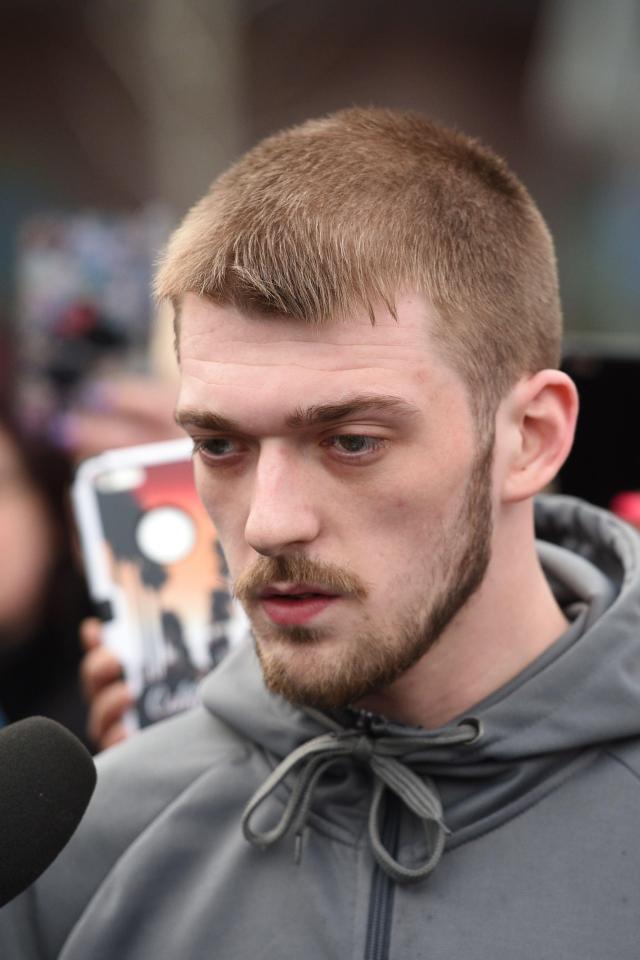 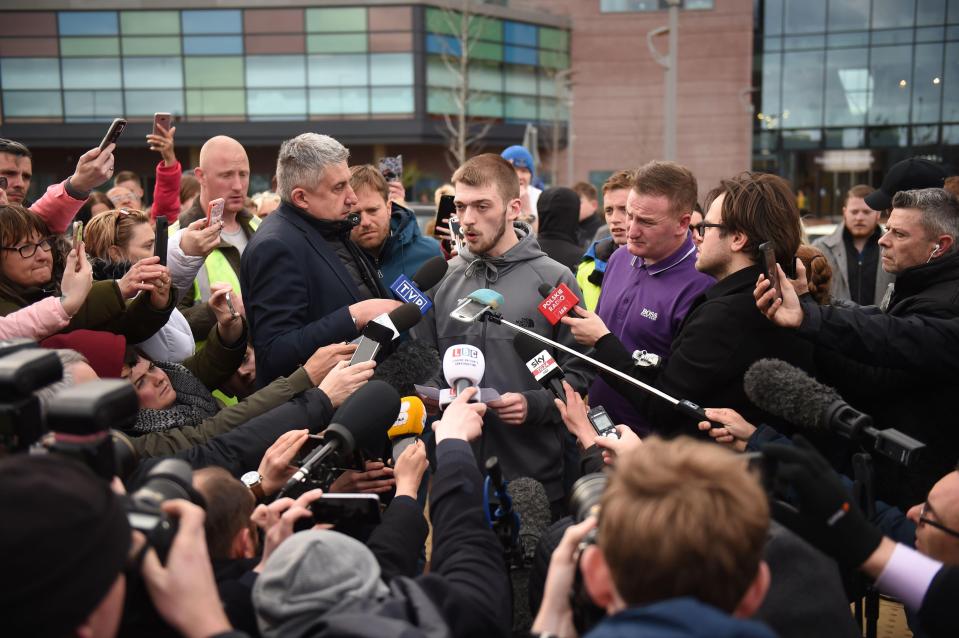 He said: "We are very grateful and we appreciate all the support we have received from around the world, including from our Italian and Polish supporters, who have dedicated their time and support to our incredible fight.

"We would now ask you to return back to your everyday lives and allow myself, Kate and Alder Hey to form a relationship, build a bridge and walk across it.

"We also wish to thank Alder Hey staff at every level for their dignity and professionalism during what must be an incredibly difficult time for them too."

His statement followed a crunch meeting with doctors this afternoon as he and partner Kate hope to get Alfie home after their battle to have him airlifted to Italy ended in defeat.

Latest on the Alfie Evans case:

But just hours earlier Tom had blasted medics by claiming they treated his family like "criminals".

He told LBC radio: "We're not like them. We walk around the corridors and they pop into other cubicles to avoid us."

Liverpool NHS staff had been warned to hide their uniforms after receiving "unprecedented personal abuse".

Tom Evans and partner Kate James today revealed they would be dropping their legal battle to have Alfie taken to Rome for treatment – and instead simply want to take him home.

Tom said tonight: "Together we recognise the strains (that) recent events have put upon us all and we now wish for privacy for everyone concerned.

"In Alfie's interests we will work with his treating team on a plan that provides our boy with the dignity and comfort he needs.

"From this point onwards there will be no more statements issued or interviews given. We hope you will respect this."

Immediately after giving his statement the Alfie's Army Facebook page, which had coordinated the public campaign, was set to private. 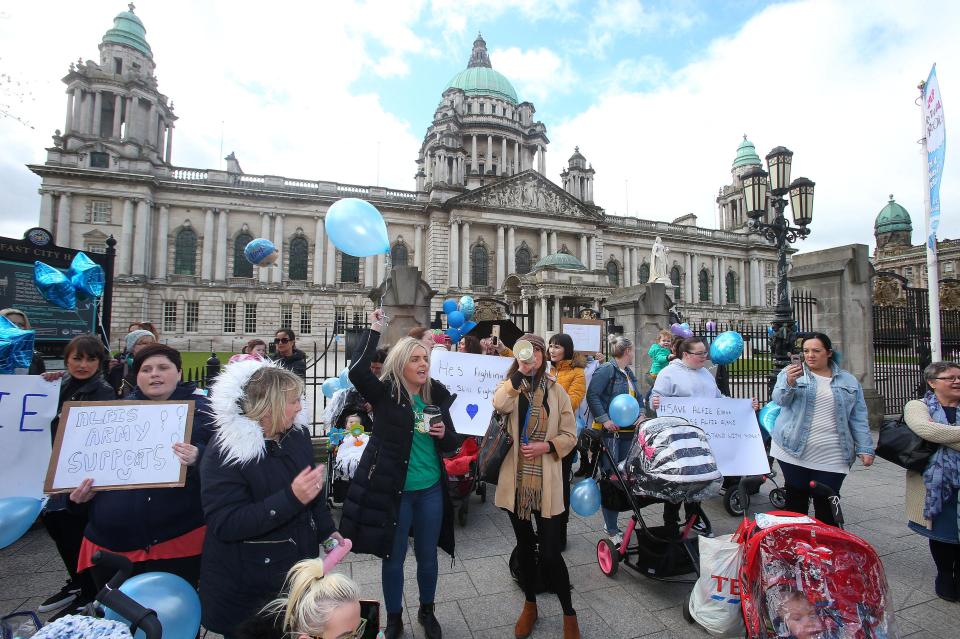 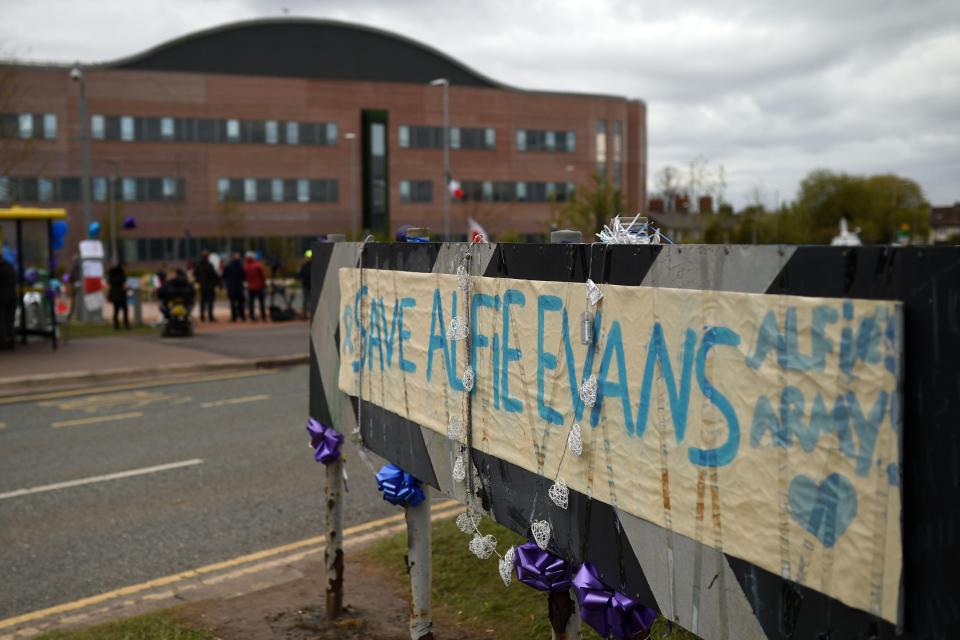 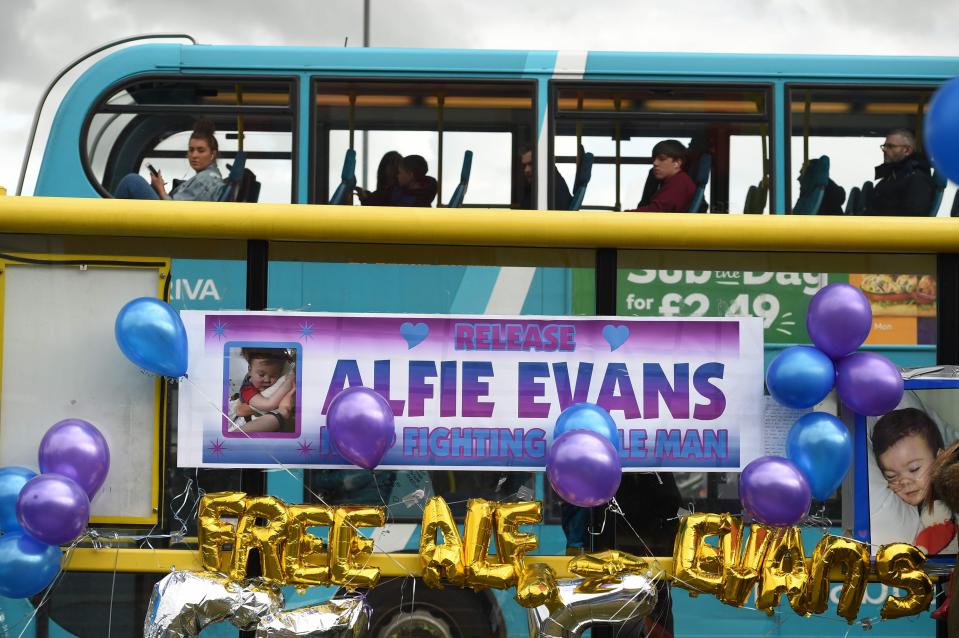 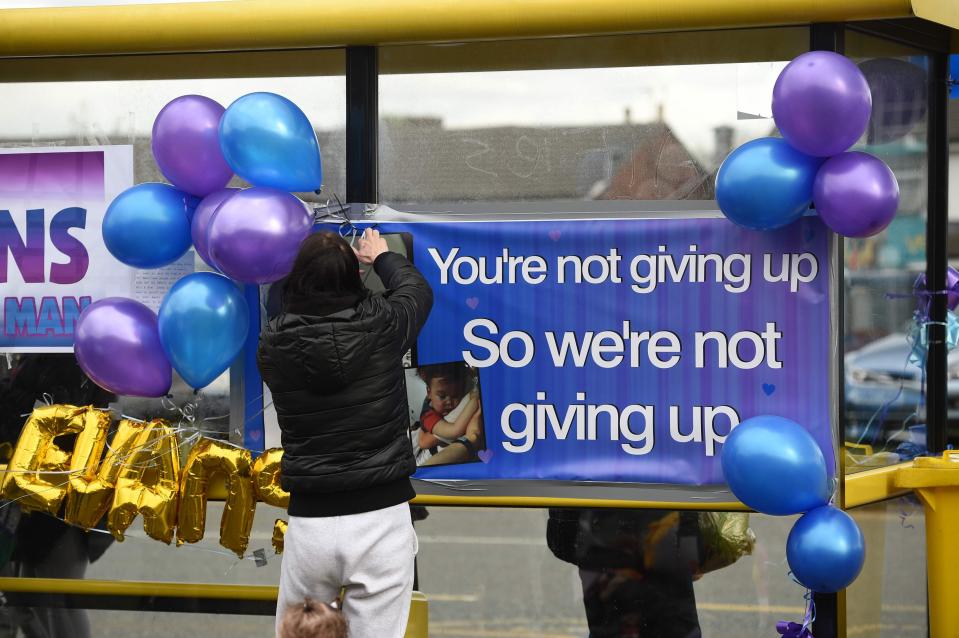 The family have been fighting for months to have Alfie – who is suffering from an unknown degenerative brain condition – flown to Italy for a possible diagnosis and treatment.

They have been supported by Christian groups and the Italian government after Pope Francis personally backed their campaign.

Before Tom's statement hundreds of protesters staged a march in London from Buckingham Palace to Parliament — while protests have taken place in Northern Ireland, Poland and the US.

Speaking this morning, Tom, 21, said: "We could take it further, but would it be the right thing to do, would people give me more criticism.

He added: "As I sit next to Alfie's bedside, every second of every day, it encourages me more and more that he will live for 'x' amount of months, possibly years."

Alfie is currently clinging to life as he receives just oxygen, milk and water after being taken off life-support on Monday in line with court backing of Alder Hey doctors.

Tom praised his partner Kate James earlier, saying: "Alfie’s fought through the night the last two nights because he’s been lying on her chest nonstop.

"And him and his mum have become closer now more than ever before."

He added: "I cannot explain how blessed I am to have Alfie and Kate in my life. That's what keeps me fighting" — vowing to go back to court if his meeting with docs did not go well.

And last night Alfie's parents kept a bedside vigil next to their son.

Mum Kate posted a poignant clip of their sleeping tot with the words: "My whole entire world I love you so much baby boy".

The clip was shared just hours after Appeals Court judges ruled the tot would not be flown to Italy.

Protesters have been flocking to the Liverpool children's hospital forcing a heavy police presence while tens of thousands have taken part in the Alfie campaign on social media.

Last night Merseyside Police warned supporters of Alfie's family that their social media posts are being monitored over the abuse of Alder Hey staff.

Ch Insp Chris Gibson said: "Any offences including malicious communications and threatening behaviour will be investigated and where necessary will be acted upon".

And an open letter from the heads of Alder Hey said their staff had been subjected to a "barrage" of abuse both online and in person. 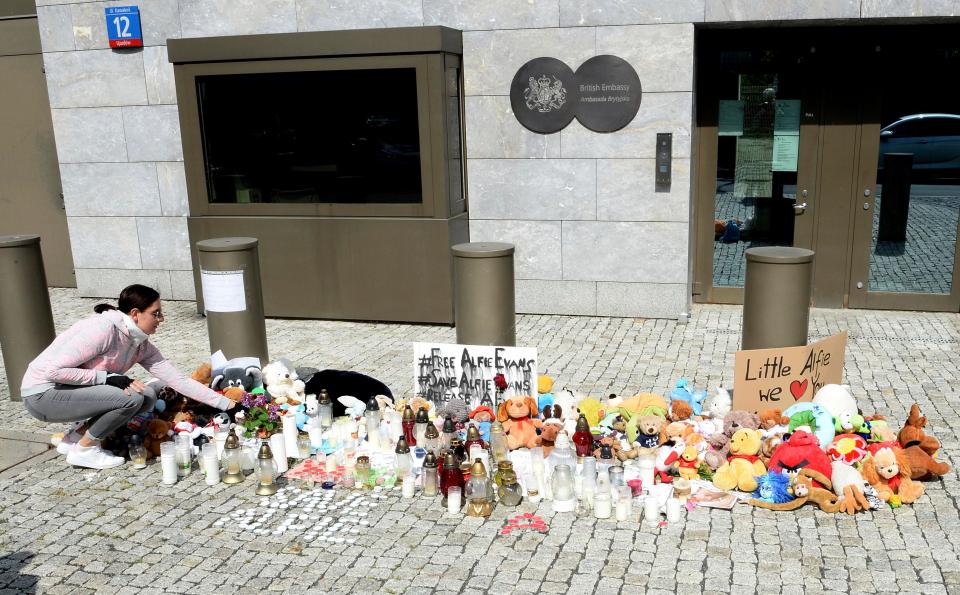 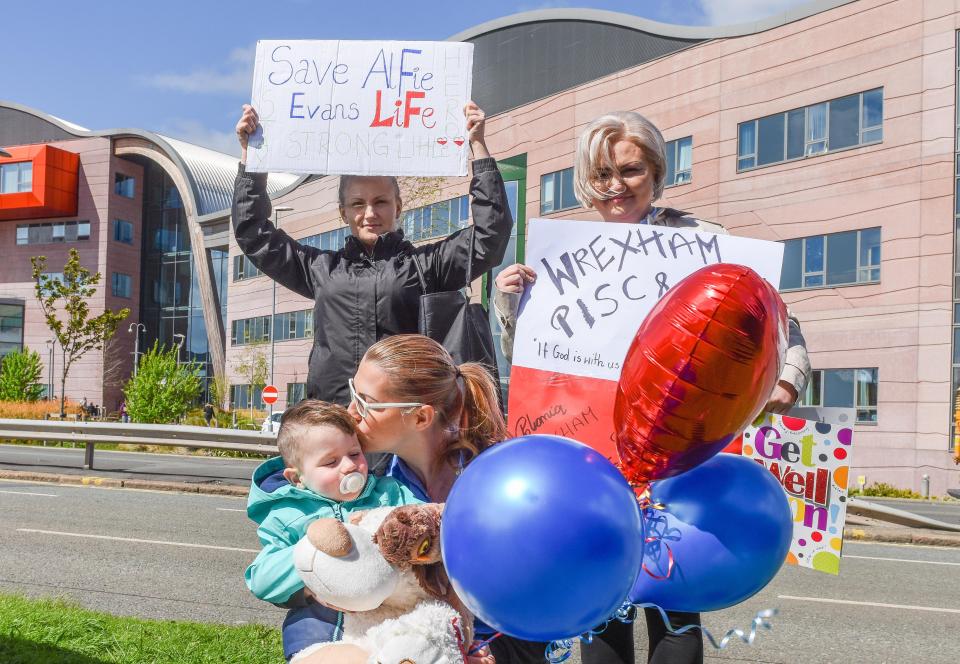 Chairman Sir David Henshaw and chief executive Louise Shepherd wrote: "In the last two weeks we have found ourselves at the centre of a social media storm that has included many untrue statements about our work and the motivations of our staff.

"This has led to often inappropriate interventions from a range of external bodies and individuals, some of which have caused significant disruption to our children, families and staff."

And during his ruling yesterday, Appeal Court judge Lord Justice McFarlane called for an investigation into the "darker side" to some offers of support given to parents of terminally ill children.