Longest-serving president stepped down a year ago after months of demonstrations against his 20-year rule. 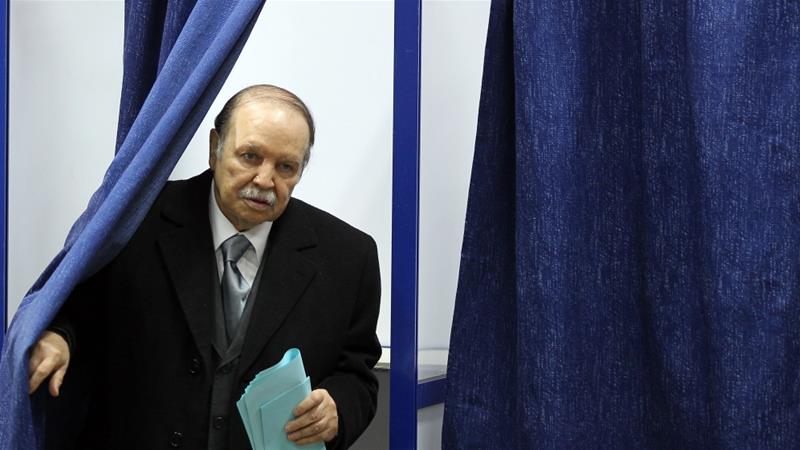 Abdelaziz Bouteflika, Algeria’s longest-serving president, stepped down from power a year ago following months of relentless protests against his 20-year rule.

The ailing octogenarian resigned on April 2, 2019 after the powerful army chief, the late General Ahmed Gaid Salah, asked him to stand down.

Protesters began staging weekly demonstrations in February 2019 after the ruling National Liberation Front (FLN) announced that Bouteflika, a wheelchair-bound 82-year-old rarely seen in public since suffering a stroke in 2013, would seek a fifth term in office.

“My intention … is to contribute to calming down the souls and minds of the citizens so that they can collectively take Algeria to the better future they aspire to,” Bouteflika said in his resignation letter to the president of the Constitutional Council.

“I have made this decision to avoid and prevent the arguments which distort, unfortunately, the current situation, and avoid its turning into serious skirmishes, to ensure the protection of persons and property,” he added.

The announcement sparked celebrations in the capital, Algiers, with hundreds of people singing songs and waving flags in front of the city’s central post office.

But Bouteflika’s removal did not end the country’s political impasse.

While crowds cheered his departure, they again filled the streets on April 5 to keep pushing for the total dismantling of the system in place since independence from France in 1962. 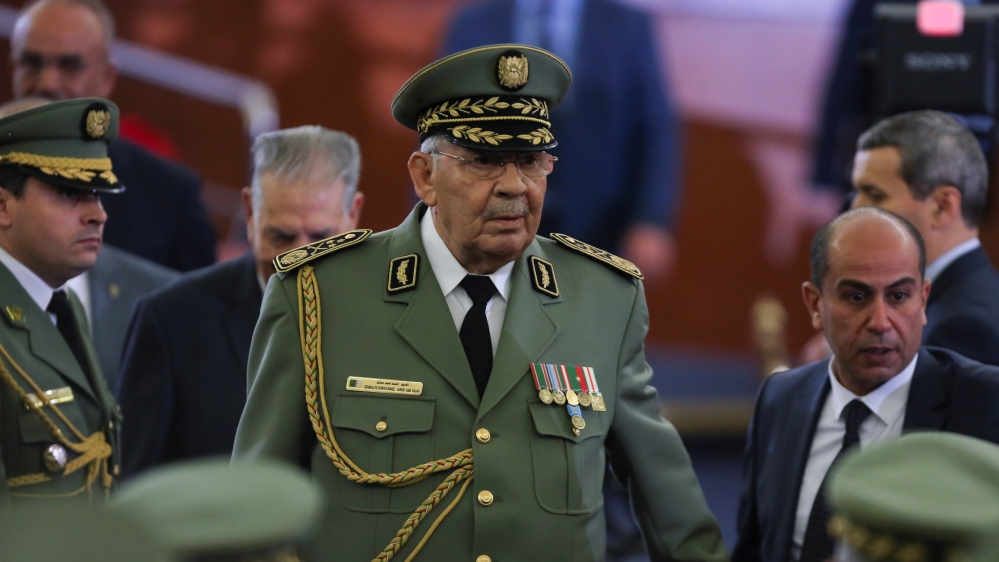 On April 9, 2019, Abdelkader Bensalah, speaker of the Upper House, was named interim president, but opposition parties refused to confirm his nomination.

General Gaid Salah emerged as the key power broker and on May 20 rejected protesters’ key demands that an election planned for July 4 be postponed and that ruling elite stalwarts depart.

On June 2, however, the Constitutional Council cancelled the election due to a lack of candidates.

Citizens carried on with protests in central Algiers, joining the weekly demonstrations of the movement dubbed “Hirak”.

The military toughened its line on September 18, ordering police to block demonstrators from outside Algiers from entering the capital for the weekly marches.

On September 25, a military court sentenced Bouteflika’s brother Said and two former intelligence chiefs to 15 years in prison for “conspiring” against the state. Their sentences were confirmed on appeal in February 2020.

In December, former prime ministers Ahmed Ouyahia and Abdelmalek Sellal, who were both close to Bouteflika, were jailed 15 years and 12 years respectively in corruption trials. Other political and business leaders in Bouteflika’s circle were also prosecuted.

On December 12, Abdelmadjid Tebboune, a one-time prime minister under Bouteflika, was declared winner on an official voter turnout of less than 40 percent.

The 74-year-old came first in the five-man presidential race, garnering 58.15 percent of the vote, according to official results.

The next day Tebboune called for dialogue with protesters, who nevertheless remained on the streets to protest against the election, denouncing it as a “sham” because of the links of all candidates to the former president and the ruling elite.

On December 23, Algerian government radio announced that Gaid Salah had died in an Algiers military hospital after a heart attack. He was 79.

Salah was seen as the country’s de facto leader since Bouteflika was forced out of power.

On December 28, Tebboune appointed little-known academic and retired diplomat Abdelaziz Djerad as the country’s new prime minister, who promised to win back people’s trust after months of street protests.

On February 21, several thousand people converged in central Algiers to mark one year of unprecedented protests that led to the downfall of the former longtime ruler.

A month later, on March 20, the streets of Algiers were empty on a Friday for the first time since the start of the protest movement.

Gatherings were banned due to the coronavirus pandemic, but the Hirak protest movement had in any case independently suspended its demonstrations.

Human rights groups say that dozens of protest figures are still in detention.