ALGIERS (Reuters) – Police in Algeria briefly detained several journalists at a protest in the capital on Thursday calling for the right to cover rarely seen anti-government demonstrations which began a week ago, according to witnesses and Reuters television footage. 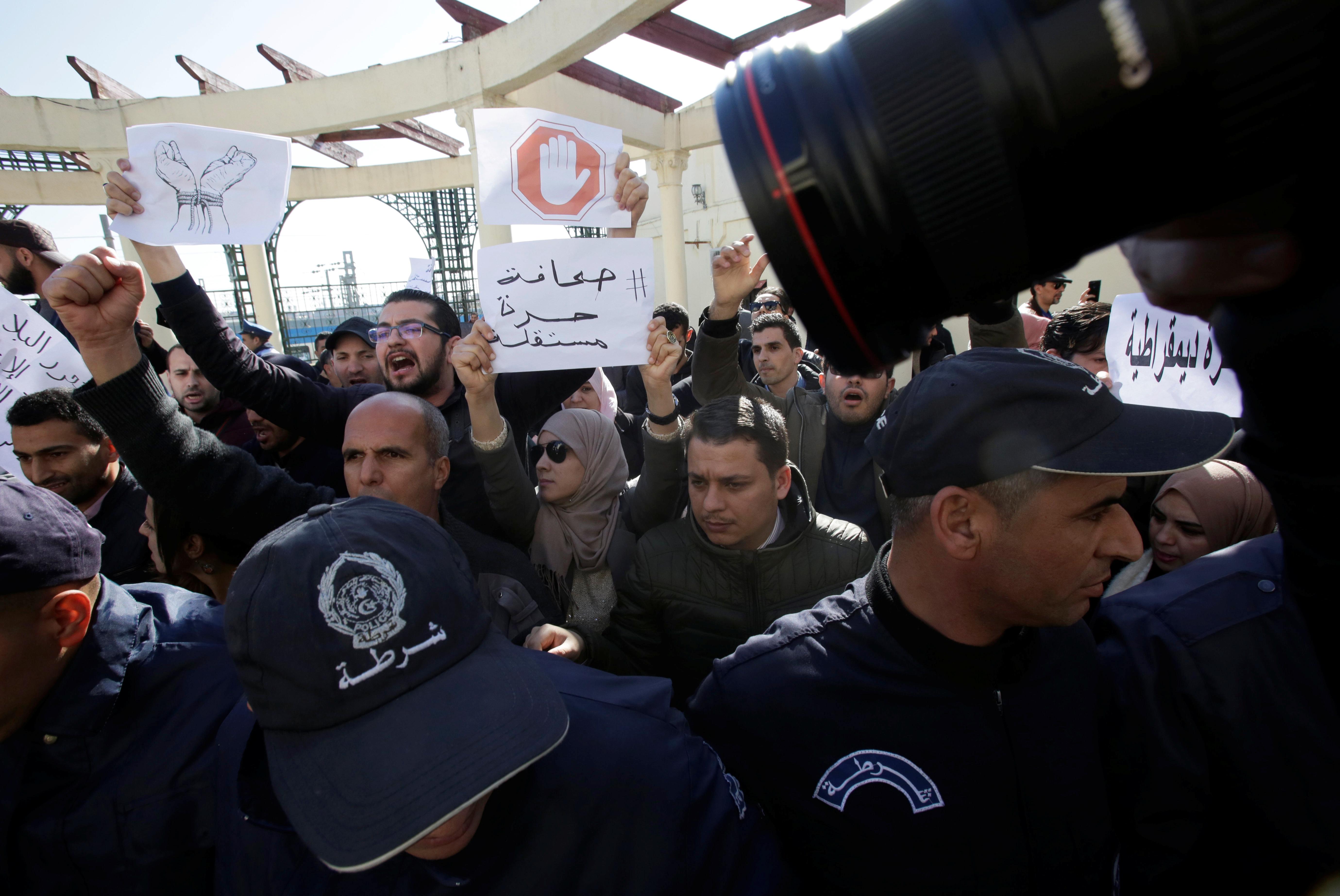 Dozens of journalists gathered in the city center chanting “Democracy!” before being dispersed by police. Since Friday thousands of Algerians have taken part in protests against the ailing President Abdelaziz Bouteflika’s plan to seek a fifth term in April 18 presidential elections.

Police detained several reporters driving them to a police station before releasing them hours later, witnesses and colleagues said.

State media only started covering the protests on Tuesday after journalist employees publicly complained they were being prevented from doing so.

His opponents say Bouteflika, 81, is not fit to lead and that Algeria is ruled in his name by advisers. Authorities say he retains a firm grip on public affairs despite appearing only a handful of times and giving no public speeches since he suffered stroke in 2013.

He has not directly addressed the demonstrations, some of which led to clashes between protesters and riot police.

“Bouteflika was sick when he sought a fourth term in 2014 but the results for the past five years were good,” he said.

Ouyahia also said the April vote would be supervised by 400 international election monitors.

Many Algerians for years avoided politics in public fearing trouble from the omnipresent security services or disillusioned as the country has been run by the same group of veterans since the 1954-1962 independence war with France.

Bouteflika, who came to power in 1999, is credited with helping to bring about the end in 2002 of a decade-long civil war which pitted the government against Islamist militants and in which around 200,000 people were killed.

The extreme brutality of that conflict meant many Algerians have long tolerated a restrictive political system in return for peace and stability. But the new protests appear to have broken the taboo on public dissent.

A weak and divided opposition faces high hurdles in mounting an electoral challenge. Since the FLN again picked Bouteflika as its presidential candidate, several parties, trade unions and business groups have endorsed him.