ALGIERS (Reuters) – A man sought unsuccessfully to set himself on fire on Friday as tens of thousands of Algerians rallied to push for reforms and the departure of the ruling elite. 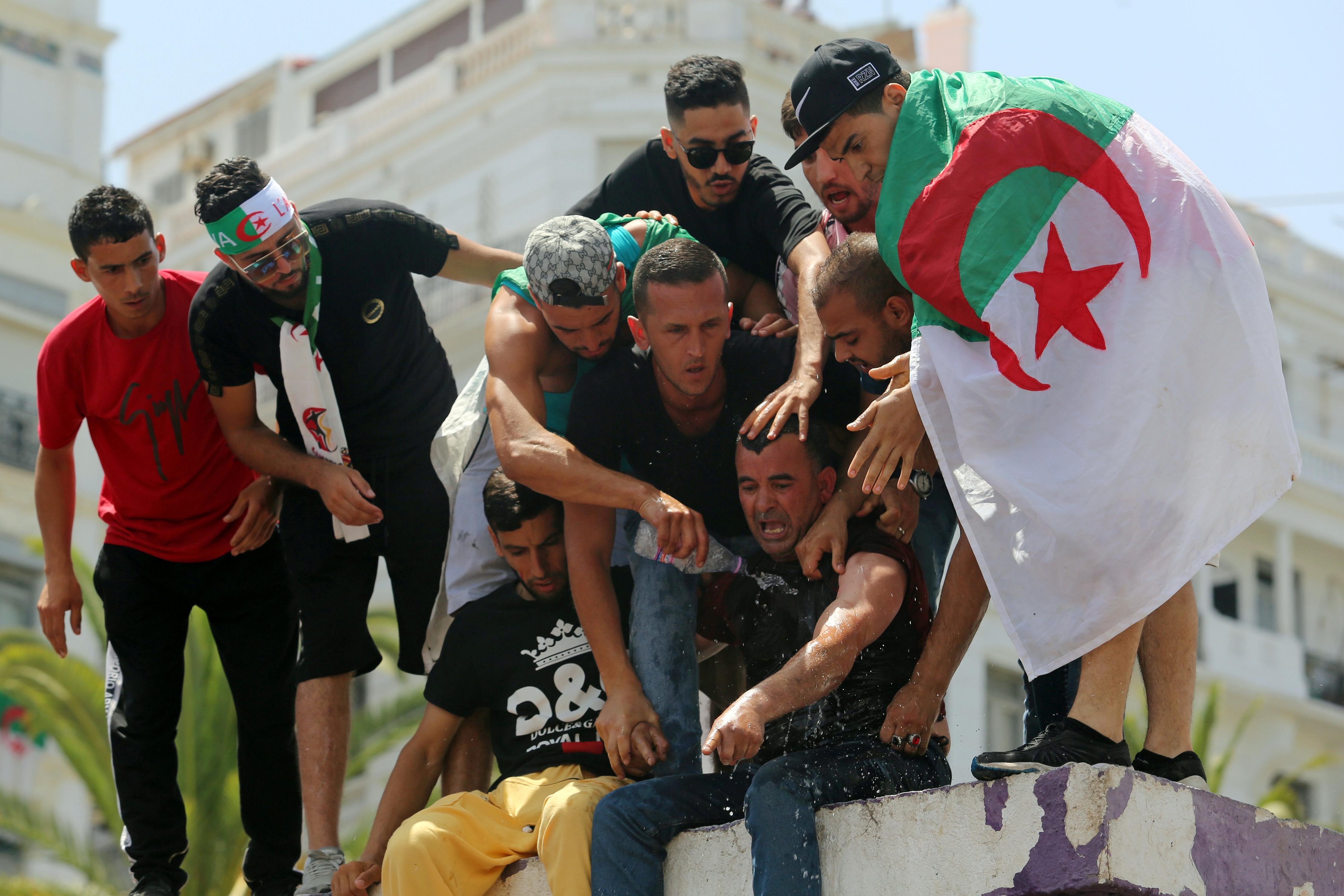 For the 21st consecutive Friday, crowds gathered, now demanding more rapid change after they brought about the end of Abdelaziz Bouteflika’s two-decade rule in April.

Protesters marched with banners reading: “Our protest movement will continue”, “We want democracy and freedom” and “Thieves, you have looted the country”.

One man in Algiers took a match to his clothes, but other demonstrators intervened, dousing him with water, a Reuters photographer saw.

The protests in Algiers and other cities went ahead even though an opposition figure was elected chairman of parliament this week for the first time in Algeria’s history.

The election on Wednesday of Slimane Chenine – who usually takes part in the Friday protests – as head of the National Assembly was widely seen as an attempt by authorities to appease the street demonstrations.

But there were protests in cities including Oran, Constatine and Tizi Ouzou.

The army, the main player in Algeria’s politics after the departure of Bouteflika, has vowed to help the judiciary prosecute people suspected of involvement in corruption cases.

As a result, several prominent businessmen and former senior officials, including ex-prime ministers Ahmed Ouyahia and Abdelmalek Sellal, have been placed in custody after being questioned by judges for suspected misuse of public funds.

Algeria’s army chief of staff Lieutenant General Ahmed Gaed Salah has said a presidential election is the only way out of the crisis. Authorities postponed a vote previously planned for July 4, citing a lack of candidates.

No new date has been set.

Protesters now seek the resignation of interim president Abdelkader Bensalah and Prime Minister Noureddine Bedoui, who are seen by demonstrators as close to the old guard.

“We want to uproot Bouteflika’s system,” said 33-year-old state employee Mohamed Mendis, marching in Algiers with his wife. “His symbols must go.”

Algeria is an important gas supplier for Europe and a U.S. partner in the fight against militants in the region.