All 125,000 Scottish exams grades which were marked down are overturned and replaced with teachers' marks

MORE than 100,00 Scottish kids who had their grades pulled down by moderators will have them overturned and replaced with teachers' marks, the education boss said today.

Scots' education chief John Swinney announced a drastic u-turn after a quarter of kids were left furious with their exams grades last week. 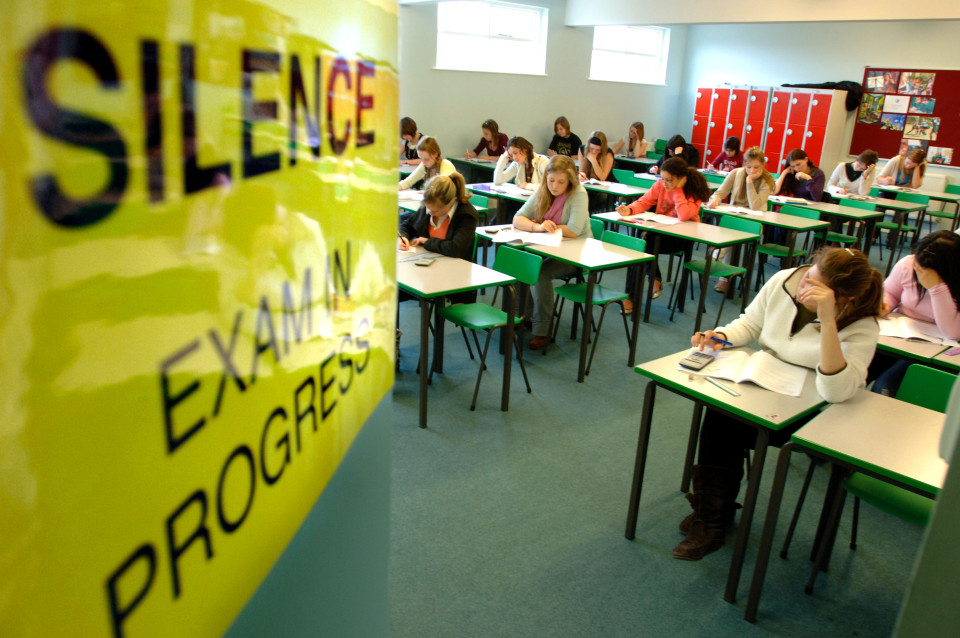 It led to more poorer kids getting their marks changed because of how computers analysed the teachers' predicted results.

Exam results day in Scotland was described as a “shambles” last Tuesday after nearly 125,000 predicted grades were downgraded by the Scottish Qualifications Authority (SQA).

And there are fears the same thing will happen in England when A Level results come out on Thursday, and GCSEs later this month.

Exams chiefs came under fire after large numbers of pupils had their scores marked down.

But the models take into account various factors including data on a school's historic grades in the same subjects.

So if one year group did particularly well – better than last year's cohort – they would be unlikely to get the higher grades they may have been predicted.

The system is said to have penalised kids from poorer backgrounds more – as their school marks are more likely to be dragged down.

"Using powers available to me I am today directing the SQA to re-issue those awards based solely on teacher or lecturer judgement."

However, it's not yet clear what the decision means for England – as exam boards are separate.

No exams were sat this summer due to the coronavirus crisis.

A mixture of teachers and computers decided this year's grades.

Sir Michael Wilshaw said today he feared that children eagerly expecting their exam results on Thursday may end up being bitterly disappointed too if they use the same model.

"That must not happen here, and I hope Odqual, the regulators of exam systems in England, are aware of the dangers of that, and are going to be taking remedial steps if that does happen."

He said "what has happened in Scotland… may happen here in England and Wales".

"There has been an imbalance in the judgements made between the schools performance and its history of examination performance, and taking into account individual student performance," he said.

"If there is an imbalance in that and they get that balance wrong then things will go badly wrong."

Exam board Ofqual should make sure they "drill down" into the results of each school before changing marks.

The Office of Qualifications and Examinations Regulation (Ofqual) is being urged by leading headteachers to overhaul the system over concerns a generation of teenagers could lose out if their grades are off.

Dr Martin Stephen, the former High Master of St Paul's Boys' School, said the current results system was tantamount to "imposing a life sentence on children, with no effective right of appeal".

Ian Power, the general secretary of the Headmasters and Headmistresses Conference (HMC), which represents a number of prestigious schools including Eton, Harrow and Winchester, warned that allowing students the right to appeal against their grades this summer was a matter of "natural justice".

The Department for Education has said pupils will be able to resit the exams if they don't like the grade they are given later this week.

But they won't automatically get a right to appeal their marks this time around, which could throw into chaos university applications and moving on to further education.