Aboriginal and Torres Strait Islander readers are warned that the following article contains an image and the name of a deceased person.

The man who allegedly killed a 13-year-old boy by throwing a petrol bomb through a house window in 1998 will be charged with murder in Sydney after more than 20 years on the run. 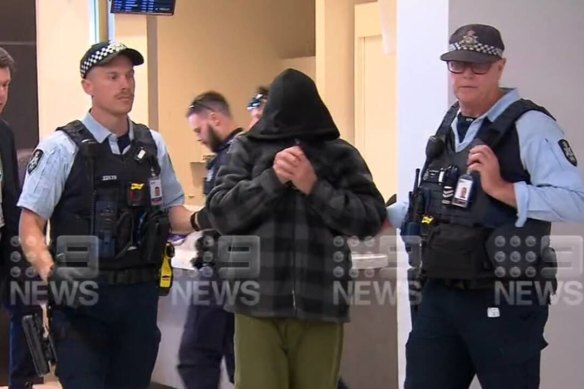 Gregory Walker, 55, was extradited from Queensland and brought to Sydney on Friday.Credit:Nine News

Gregory Walker, 55, was extradited from Queensland and brought to Sydney on Friday after the announcement of a $1 million reward last year moved “multiple people” to come forward and provide fresh information to police.

Arthur Haines was staying at a friend’s house in Waterloo before a trip to the Royal Easter Show and became trapped in a top-floor bedroom when a petrol bomb was thrown into the home.

Police now believe Arthur’s death came as the result of a neighbourhood dispute.

He escaped but suffered burns to 60 per cent of his body. He died 11 weeks later in hospital from his injuries. 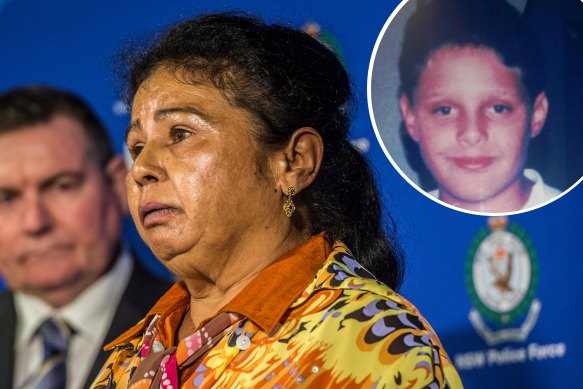 NSW homicide squad Commander Danny Doherty said Walker’s arrest had come due to a number of people coming forward with new tip-offs and labelled the alleged crime a “violent and malicious act” to which Arthur was an innocent party.

Doherty said Walker had been living out of Sydney “for quite some time” since the alleged murder and was arrested by police in a Brisbane home.

“I don’t think he’s very happy,” Doherty said when asked about Walker’s reaction to the arrest.

“I think he was quite surprised and taken off guard when arrested by homicide. I don’t think he was very happy to be in custody.”

Walker will also be charged with multiple arson offences on Friday afternoon relating to the alleged petrol bomb.

Arthur’s mother Julie Szabo shared a hug with Doherty at the conclusion of the announcement.

Szabo, who said she met her son’s alleged killer once before, had a message for Walker during the press conference on Friday.

“You’re not above the law,” she said.

Szabo said, while Walker’s arrest was emotional for her, she now had a positive outlook.

“I just want him to be remembered that he was a loving, caring boy. And that he was my son, Arthur,” she said.