The former truck driver allegedly responsible for orchestrating the largest illicit toxic waste dumping operation in Victoria's history has been slugged with a $31 million clean-up bill.

The demand for payment comes as Graham Leslie White is also facing dozens of charges over his alleged involvement in stockpiling millions of litres of chemicals in warehouses in the city’s north and at a factory in West Footscray that was destroyed in a massive blaze in August 2018. 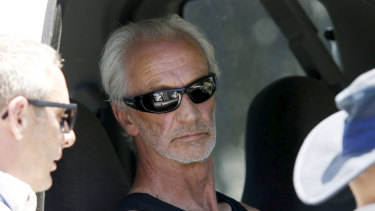 Graham White at the site of one of the illicit chemical dumps in Epping.Credit:Darrian Traynor

WorkSafe has notified the Supreme Court that Mr White has failed to pay more than 20 invoices for clean-up and security at nine dump sites in Campbellfield and Epping that were uncovered in December 2018 as a part of an investigation into the fire.

The bill has topped $31.1 million and continues to rise.

It does not include the costs associated with the clean-up operation at the West Footscray fire site or a subterranean dump site on a bush block near the South Australian border also linked to Mr White, which is expected to add tens of millions of dollars to the total.

To date, Mr White has made no payments. Court records show the once apparently wealthy “recycling” and logistics operator is staying at his daughter’s outer-suburban home.

WorkSafe moved to freeze his assets in June 2019 after The Age revealed he had begun to sell off a portfolio of properties worth about $2.6 million.

Among them was a horror and Dracula-themed home in Wallan where Mr White kept an arsenal of firearms, an armoured personnel carrier, a fleet of 24 American muscle cars and other vehicles.

The court documents also provide the clearest picture yet of the dangerous substances that were stockpiled inside the nine properties in steel drums and plastic containers packed floor-to-ceiling. 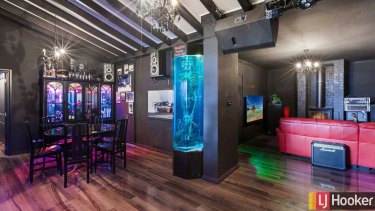 “The combination of the damaged containers as well as large quantities of flammable, oxidising and corrosive dangerous goods (as well as the presence of dangerous goods that are infectious, toxic and those in the category of miscellaneous, including the airbag detonators) confirmed the immediacy of the danger that existed in respect of the relevant site,” WorkSafe inspector Michael Eather wrote in an affidavit.

That property was located only 700 metres from the Northern Hospital in Epping.

WorkSafe initially estimated cleaning up the sites would cost $5 million to $10 million, according to documents obtained through freedom-of-information laws. That estimate was later increased to $50 million.