Our Yorkshire Farm star Amanda Owen led fans to believe all is well in her marriage during an appearance at a one woman stage show – despite earlier admitting she had hit a ‘rocky patch’ with husband Clive.

The farming reality show star and best-selling author gave the impression she and her husband were still together as she talked about her ‘idyllic life’ on a remote sheep farm.

Within minutes of taking her seat on stage at a theatre in Worcester she told the audience that ‘Clive has just been on the phone asking what is for tea’.

To laughs from the mostly elderly audience she added: ‘I told him pasta’.

The remark was made at the start of Owen’s show ‘Adventures of The Yorkshire Shepherdess’ and came hours after she and her husband issued a joint statement confirming their 21 year marriage was in trouble. 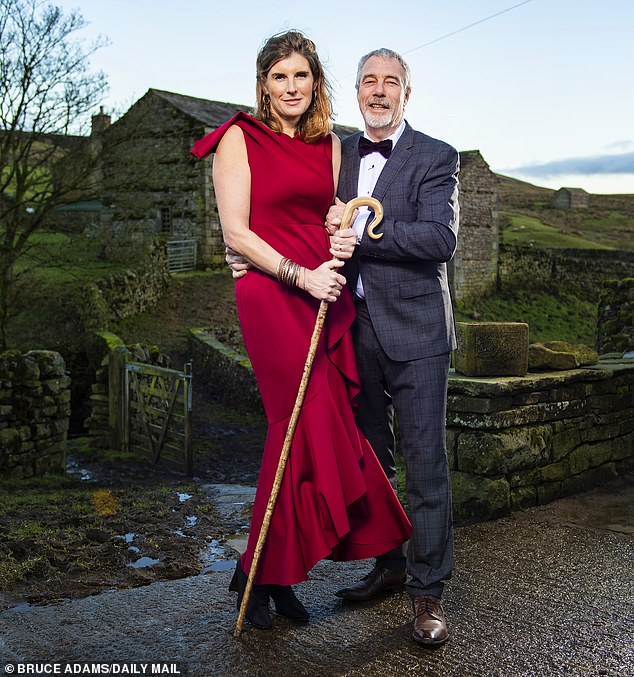 Our Yorkshire Farm star Amanda Owen led fans to believe all is well in her marriage during an appearance at a one woman stage show – despite admitting she had hit a ‘rocky patch’ with husband Clive.

The couple, who star in a Channel 5 series about life on Ravenseat Farm in Swaledale admitted they were going through a ‘rocky patch’ and said ‘we’ve never said our marriage is perfect’ after locals revealed they had been living apart for months.

Following intense speculation, the pair released a joint statement yesterday saying: ‘With the TV show and the books we’ve always aimed to show the reality of life on the farm, and just like any marriage we have our stresses and strains, coupled with all the complexities of what we do on the farm and bringing up nine kids.

‘We’re a normal family and we’ve never said our marriage is perfect. Unfortunately the constant intrusion into our lives from the media has amplified a rocky patch that we’re going through. We ask that the media respect our privacy as we work through this.

Mrs Owen made no reference to the problems in her marriage during a two-hour talk about her life on the farm.

More than 150 people had paid £17.50 to hear the 47-year-old reveal details about everyday farming life and coping with nine children.

There were no questions from the audience at Huntingdon Hall in Worcester and many theatregoers were disappointed that they were unable to get copies of her best-selling book they had brought with them signed at the end of the show.

Copies of the book ‘Adventures of a Shepherdess’ were on sale at the theatre and had all been pre-signed by the author.

Mrs Owen did not make any comment as she left the theatre with her next scheduled appearance in Scarborough at the weekend. 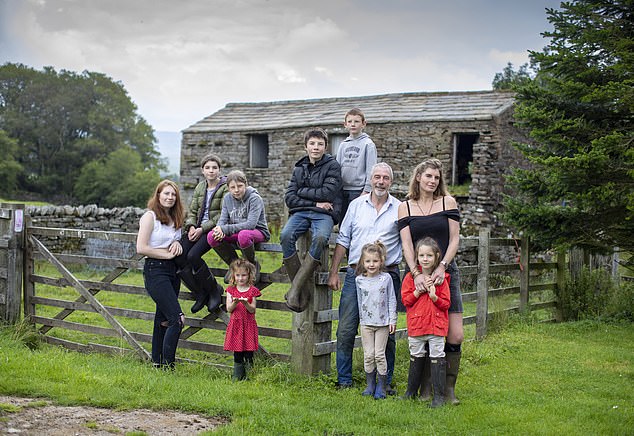 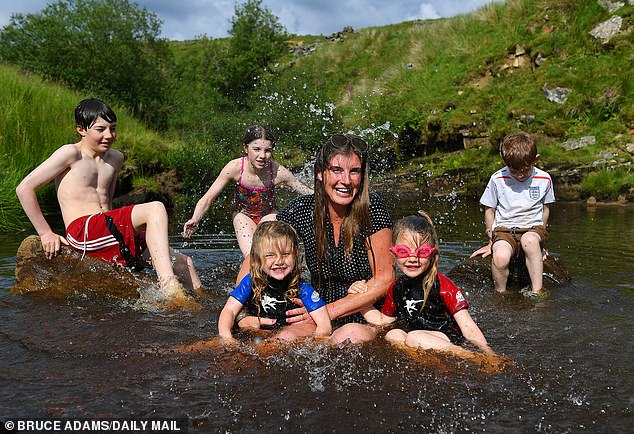 Within minutes of taking her seat on stage at a theatre in Worcester she told the audience that ‘Clive has just been on the phone asking what is for tea’. Above: Amanda with children (left to right) Miles, Edith, Cementine, Annas and Sydney

Fans of the Owens said they were saddened at news of the crisis within the farming couple’s marriage.

‘I love the TV series and it is such a shame. All couple’s go through problems and I hope for the children’s sake they can resolve whatever issues they have,’ said Anne Layton.

Another woman who had booked to see the show as a birthday treat said:’ I will be absolutely heartbroken if Amanda and Clive split up. They can’t. Their relationship and the interaction with their children is really endearing.’

Locals living near Ravenseat Farm, one of the most remote sheep farms in the UK, have claimed the couple have been leading separate lives for months.

Neighbours told MailOnline Mrs Owen had ‘got caught up in the spotlight’ of her Channel 5 programme leading the the split. 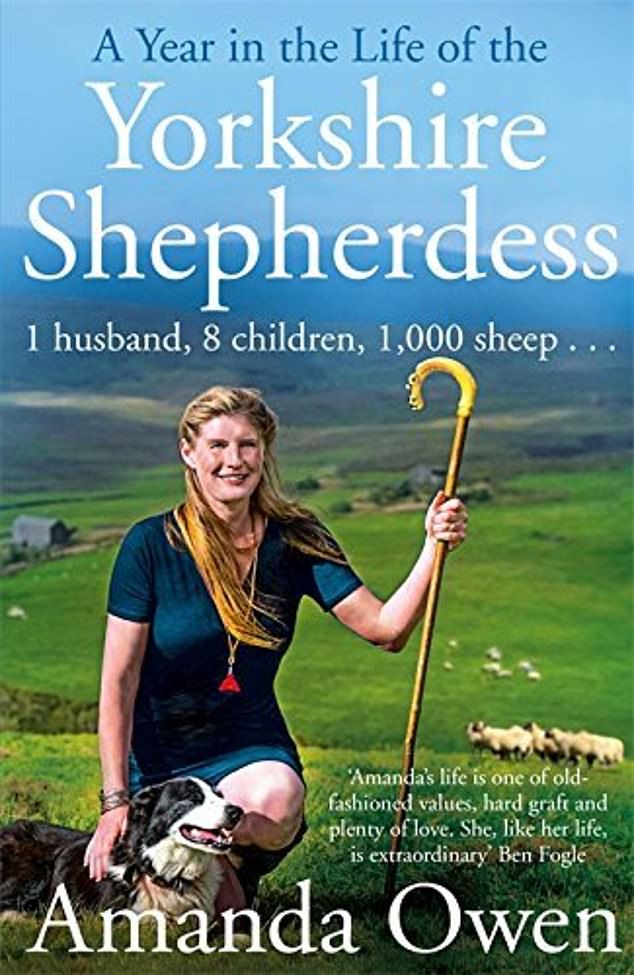 In her stage show she talked about appearances on BBC’s TV programme The One Show and Radio 2 hit The Jeremy Vine Show.

She told how she and the children were put up in a penthouse in London’s Mayfair for a TV appearance.

Her 61-year-old husband was mentioned numerous times, including an incident when he had to rescue TV presenter Julia Bradbury while filming for her show.

However, the the conversation with host Peg Lancaster was mostly about her nine children and the farm animals.

Mrs Owen will be on tour for most of November with appearances in Newcastle, Blackpool and Milton Keynes.

They first appeared on television in ITV series The Dales in 2011, but it was in 2018 that they started Our Yorkshire Farm.

Mr Owen was married for 13 years before meeting Mrs Owen and has two daughters from his previous marriage.

In an interview with the Sunday Times at the weekend, Mrs Owen said that she and her husband still fancy each other after nine children.

She said: ‘Oh my God. What kind of a question is that? But yes. And I think he does me. In fact, I know that.’