One WAG’s picture that really could save lives: AMANDA PLATELL lauds Rebekah Vardy for sharing a photo of herself having a cervical smear

My first reaction on seeing footballer’s wife Rebekah Vardy sharing this picture of herself having a cervical smear was: ‘Lord alive, woman. Too much. We don’t want to know.’

Another attention-seeker invading her own privacy and signalling her virtue, I thought. She was wearing her ‘red jungle socks’ from last year’s I’m A Celebrity to remind her, she said: ‘If I can do a Bushtucker Trial and eat a sheep’s anus to win food then I can certainly brave a smear test.’

Then I read the latest statistics she also posted, showing nearly a third of women have ignored annual reminders. Body shame and embarrassment have stopped women from having the test that can detect pre-cancerous cells. 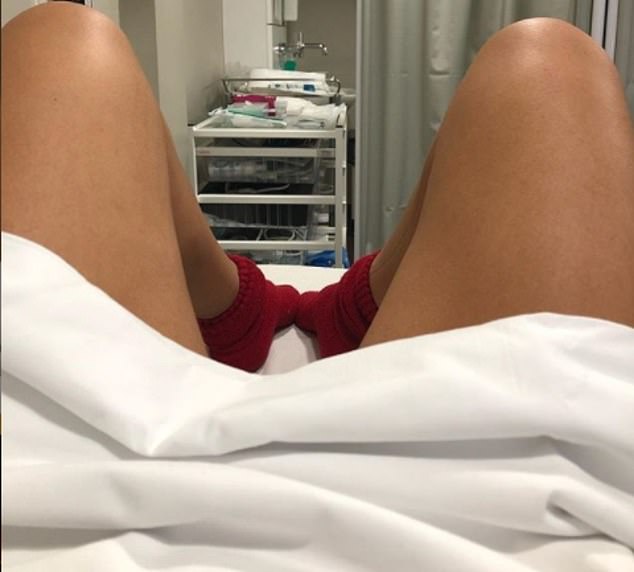 My first reaction on seeing footballer’s wife Rebekah Vardy sharing this picture of herself having a cervical smear was: ‘Lord alive, woman. Too much. We don’t want to know#

Screening is at its lowest level for 23 years. The figures hit home and I changed my mind about Rebekah.

Back in my early 30s I finally submitted myself to a test having constantly put it off — and they found abnormal cells. Not the more friendly stage 1 cells, mine were stage 3, but still pre-cancerous.

Several operations followed, then my doctor told me I needed to have my cervix removed. And sign a form agreeing that if, as he suspected, the cells had spread to my womb, they should remove that, too.

As a young woman still dreaming of a family I was devastated. Thankfully, they found the disease hadn’t spread and I’m still here to tell the tale. Most women who do nothing about pre-cancerous cells — all too often because they are unaware of them — are dead within ten years. 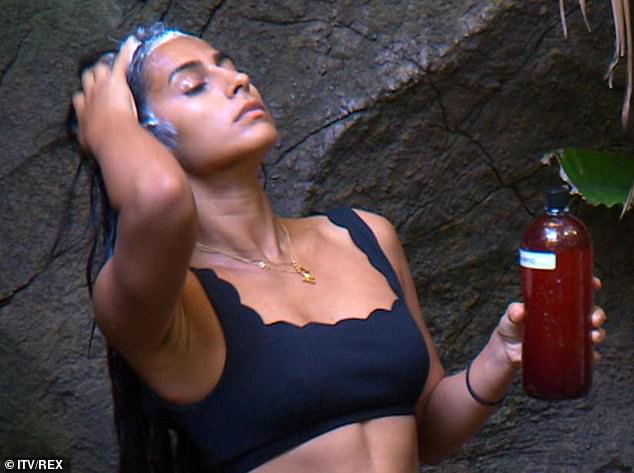 The horror of cervical cancer was tragically demonstrated by the death at just 27 of Big Brother’s Jade Goody, a married mother of two young boys, in 2009.

It is a silent killer. There are few outward signs. Unlike breast cancer, there are no warning lumps. The only sure way to detect it is to have regular smear tests, free on the NHS.

What a warped world it seems where women are happy to endure the pain and ignominy of a Brazilian wax, yet draw the line at the admittedly more invasive, but I swear less painful, smear test.

Rebekah Vardy has been attacked on social media for being self-seeking, crass and vulgar. Yet she has made us talk about cervical cancer and I bet GPs’ phones are now busy with people booking appointments.

Women shouldn’t be trolling Rebekah, but extolling her.

Time for Ashley for foxtrot off

Despite getting more tens than Bo Derek, she was almost voted off last week.

My bet is on Lauren Steadman, the Paralympic athlete. She encapsulates the true spirit of Strictly, an amateur embracing the joy of dancing, despite being born with one arm missing below her elbow revealing what she calls ‘my stump’.

That beautiful young woman holding the glitter ball aloft would bring a tear to anyone’s eye.

American sci-fi writer Andy Duncan decrees The Lord Of The Rings is racist as it fails to explore the motivation of Tolkien’s baddies, the evil orcs. The author should have explained why they were serving their dastardly master Sauron, he says. To which Gandalf would surely reply: ‘You and your post-revisionist drivel shall not pass!’

Spare us the bodyguard!

The Bodyguard actor Richard Madden parades himself in a GQ photo shoot trying to look like James Bond. Compared to Idris Elba, hot favourite to take the role when Daniel Craig finally stops taking the shilling, he’s as formidable as a Labrador puppy.

Perhaps in this new, kinder world, he’ll be the first 007 who slobbers the villains to death. You Only Lick Twice. 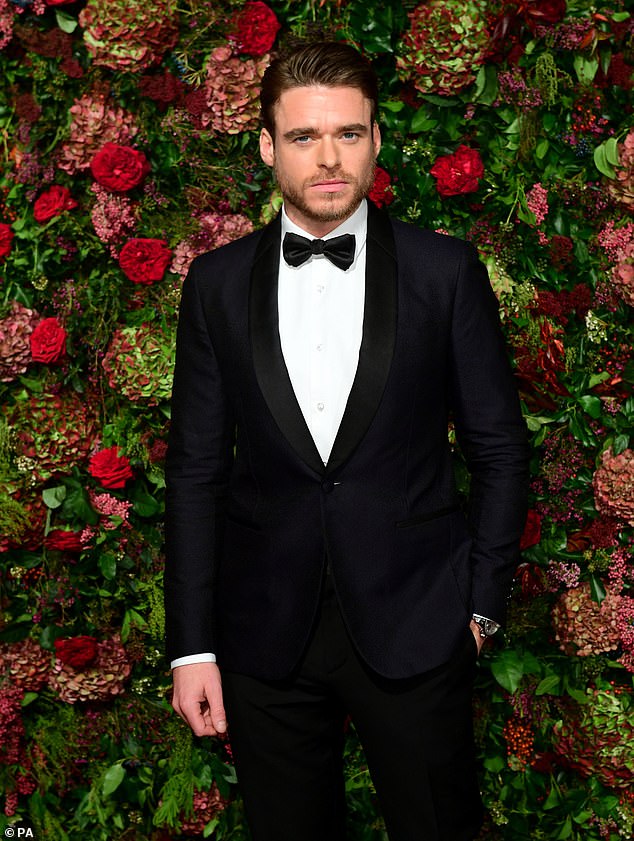 As a devoted monarchist, I fear for the future of the Royal Family unless the younger members are kept in check. Megs and Harry choosing Windsor as their home, at an additional security cost to us of up to £5 million.

Princess Beatrice eyeing up an apartment in Kensington Palace to live alongside sister Eugenie on a peppercorn rent. They may have been born with silver spoons in their mouths, but in the 21st century, we’re finding it ever more difficult to stomach keeping them in the lifestyles to which they’re accustomed.

I’m not sure what is more devastating, the revelation that the Grenfell fire was caused by a faulty wire smaller than my little finger in a fridge-freezer, or that the 293 people in the tower could have been evacuated in just seven minutes had the ‘stay put’ edict not been issued.

What a double body blow for the grieving families who will now spend their second Christmas without their loved ones.

Here’s hoping the Syrian refugee Jamal, 15, doesn’t dwell on his experience of being bullied at school. Instead, he should focus on the outpouring of kindness from Brits who donated £130,000 to help his family find a new home and a more compassionate life here.

Two weeks on a diet of beans and rice and I’m a Celebrity’s sumptuous Sair Khan has shed the pounds and is happy to show off her trimmed-down jungle body in a bikini. Unsurprisingly, she was not joined in the bush shower by Anne Hegerty, who seems to be the one contestant in the history of the show who hasn’t lost any weight.

Who on earth would pay £100,000 for a dress Princess Diana wore on a state visit to Bahrain in 1986? By then she was stick thin due to bulimia, distraught knowing Charles was seeing Camilla again and already seeking solace in the arms of that cad James Hewitt. Buying that dress is about as lucky as walking under a ladder on Friday the 13th and failing to salute a magpie.

Will people please stop calling Matthew Hedges ‘that spy guy’. Yes, he was sentenced to life in prison in Abu Dhabi for being an MI6 ‘captain’, then pardoned and released. But his fragrant wife Daniela Tejada insists he is innocent and I believe her. PR exec Daniela is constantly posting selfies staring so beautifully at the camera with her hapless husband playing a smooch-on part. Can’t wait for her movie — The Guy Who Wasn’t A Spy Who Loved Me.

Pictures in the Mail of moggies transfixed watching David Attenborough’s pride of lions in his Dynasties show left me ashamed. My cat Ted was also captivated.

He sat in front of the TV until one of the lions roared, at which point he hid under the sofa.