Pressure builds on Brazilian president to do more to contain record number of fires raging in parts of the Amazon. 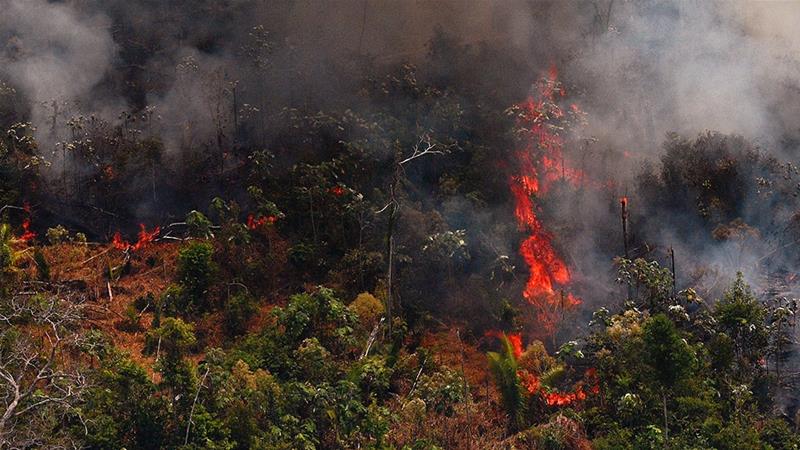 Under increasing international pressure to contain the record number of fires in the Amazon, Brazilian President Jair Bolsonaro said Friday he might send the military to battle the blazes.

“That’s the plan,” said Bolsonaro, without offering any details about when they may be deployed.

Bolsonaro has previously described rainforest protections as an obstacle to economic development, sparring with critics who note that the Amazon produces vast amounts of oxygen and is considered crucial in efforts to contain global warming.

Small numbers of demonstrators gathered outside Brazilian diplomatic missions in Paris, London and Geneva to urge Brazil to do more to fight the fires.

Neighbouring Bolivia and Paraguay have also struggled to contain fires that swept through woods and fields and, in many cases, got out of control in high winds after being set by residents clearing land for farming. About 7,500 square kilometres (2,900 square miles) of land has been affected in Bolivia, according to Defence Minister Javier Zavaleta. 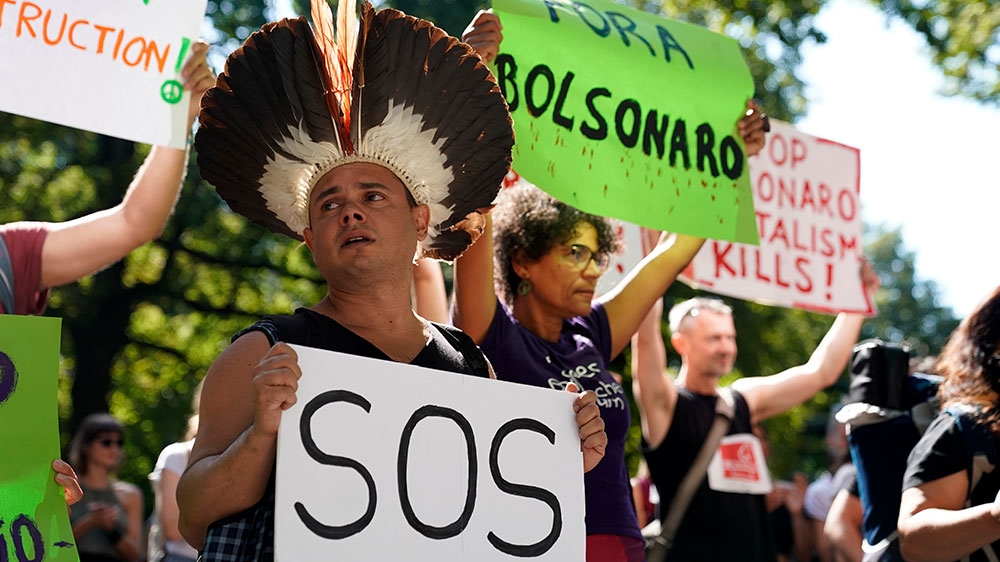 On Friday, a B747-400 SuperTanker arrived in Bolivia to help with the fire-fighting effort. The US-based aircraft can carry nearly 76,000 litres (20,000 gallons) of retardant, a substance used to stop fires.

Some 370sq km (140 square miles) have burned in northern Paraguay, near the borders with Brazil and Bolivia, said Joaquin Roa, a Paraguayan state emergency official. He said the situation has stabilised.

In escalating tension over the fires, France accused Bolsonaro of having lied to French leader Emmanuel Macron and threatened to block a European Union trade deal with several South American states, including Brazil.

The spectre of possible economic repercussions for Brazil and its South American neighbours show how the Amazon is becoming a battleground between Bolsonaro and Western governments alarmed that vast swathes of the region are going up in smoke on his watch.

In advance of a G7 summit in France this weekend, Macron’s office issued a statement questioning Bolsonaro’s trustworthiness.

Brazilian statements and decisions indicate Bolsonaro “has decided to not respect his commitments on the climate, nor to involve himself on the issue of biodiversity,” Macron’s statement said.

It added that France now opposes an EU trade deal “in its current state” with the Mercosur bloc of South American nations that includes Brazil, Argentina, Paraguay and Uruguay.

Finnish Prime Minister Antti Rinne also expressed concern, saying he is “truly worried about the attitude Brazil seems to have adopted right now regarding” fires in the Amazon.

“Brazilian rainforests are vital for the world’s climate” and Brazil should do whatever it can to stop the blazes, said Rinne, whose country holds the European Union’s rotating presidency.

Bolsonaro has accused Macron of politicising the issue, and his government said European countries are exaggerating Brazil’s environmental problems to disrupt its commercial interests. Bolsonaro has said he wants to convert land for cattle pastures and soybean farms. 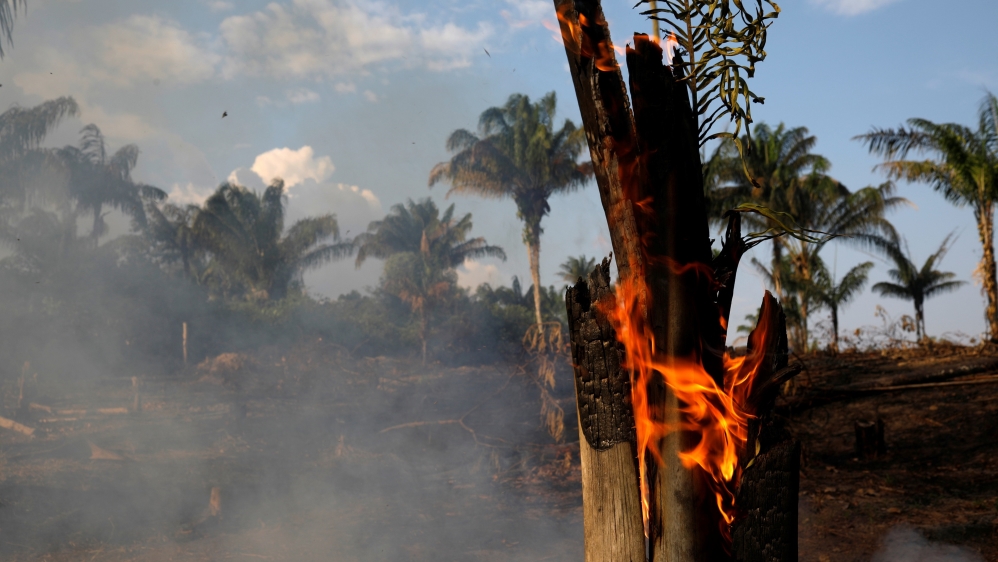 But Brazilian state experts have reported a record of nearly 77,000 wildfires across the country so far this year, up 85 percent over the same period in 2018. Brazil contains about 60 percent of the Amazon rainforest, whose degradation could have severe consequences for global climate and rainfall.

Members in indigenous communities where the fires are raging have told Al Jazeera some families have “lost everything”.

Drone images showing the magnitude of the fires have prompted global outrage, with UN Secretary-General Antonio Guterres on Thursday saying he was “deeply concerned”.

“In the midst of the global crisis, we cannot afford more damage to a major source of oxygen and biodiversity,” he said on Twitter, referring to the Amazon rainforest, which is often referred to as the “lungs of the planet”.

“The Amazon must be protected,” he said.