When Lisa Jane Watson got home after keeping her mum – who was suffering with a broken hip – company, she found the note stuffed through her door. 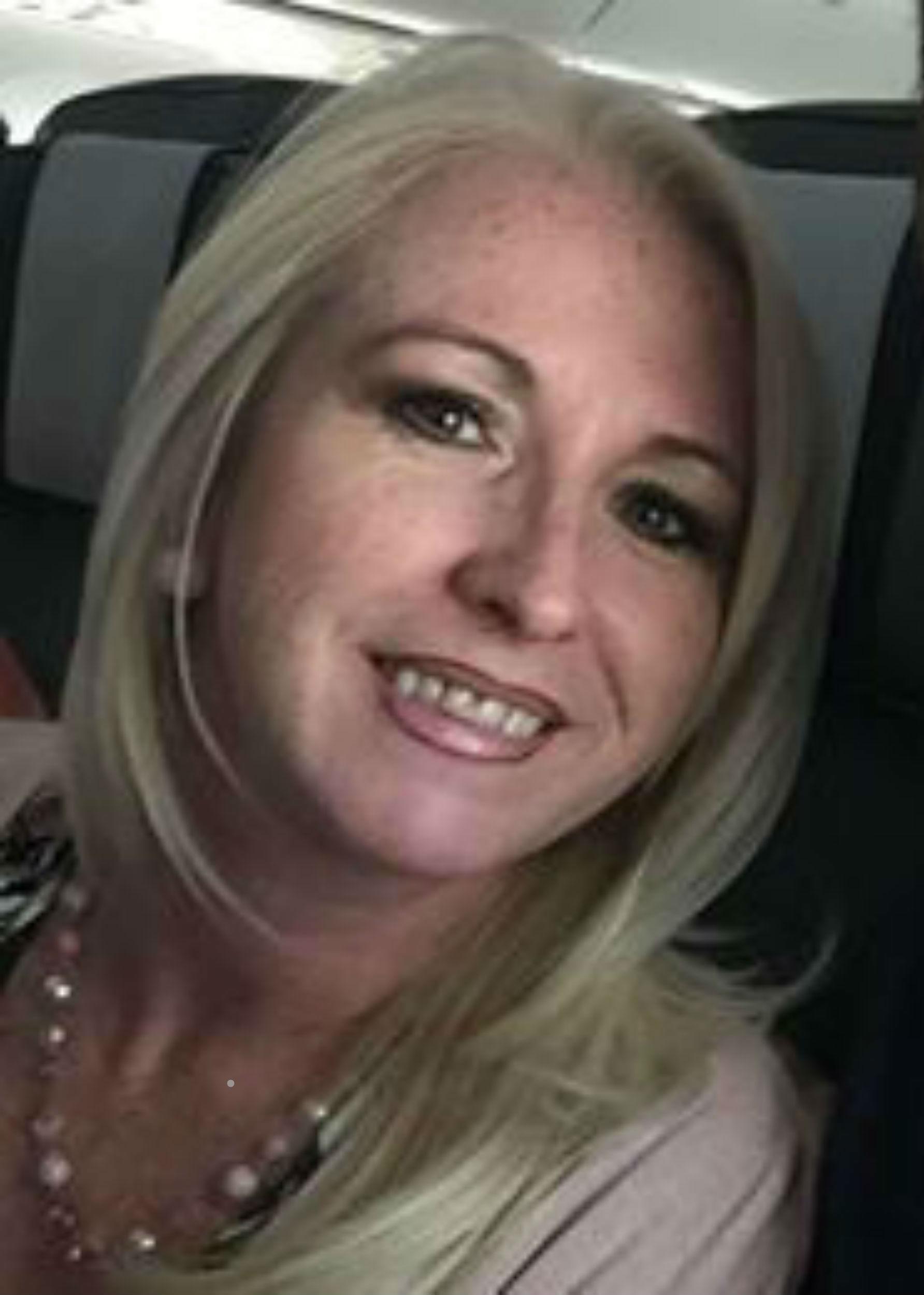 The "missed delivery" slip had been scrawled on, she claims, with a note: "Pick up yer fone in future!!!

"Messed me about you. Wasted half an hour cos of you."

Lisa, 45, says she received 13 calls from an unknown London landline around the time of the delivery.

She answered three times but didn't hear anything, so she then ignored subsequent calls. 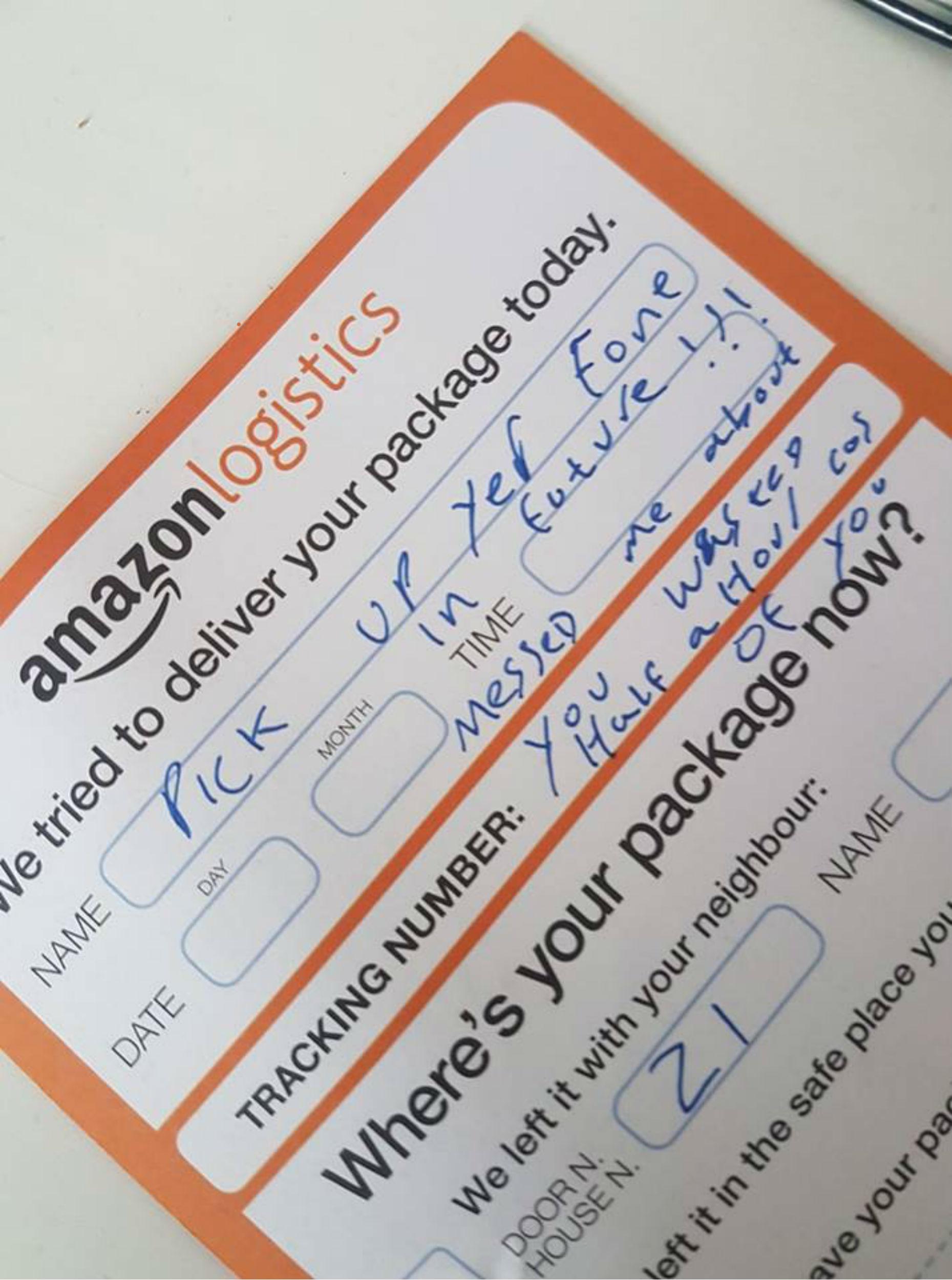 The primary school teaching assistant says the "disgusting" note has made her nervous to order online again.

Lisa, an Amazon Prime customer, ordered Yankee candle plug-in refills on Monday and was told to expect delivery on Tuesday.

She said: “I then arrived home at teatime to the note through the door and my parcel was left with a neighbour.

“As a single mum with two young girls. It's quite frightening that there is a driver out there that is that angry with me.

“I'm scared to order anything again. When I saw the same neighbour he left it with getting a delivery, I was terrified that he [the driver] may come over to confront me.

“My safety chain is always on now and I've told my girls not to answer the door. I got enough on my plate without all this added stress." 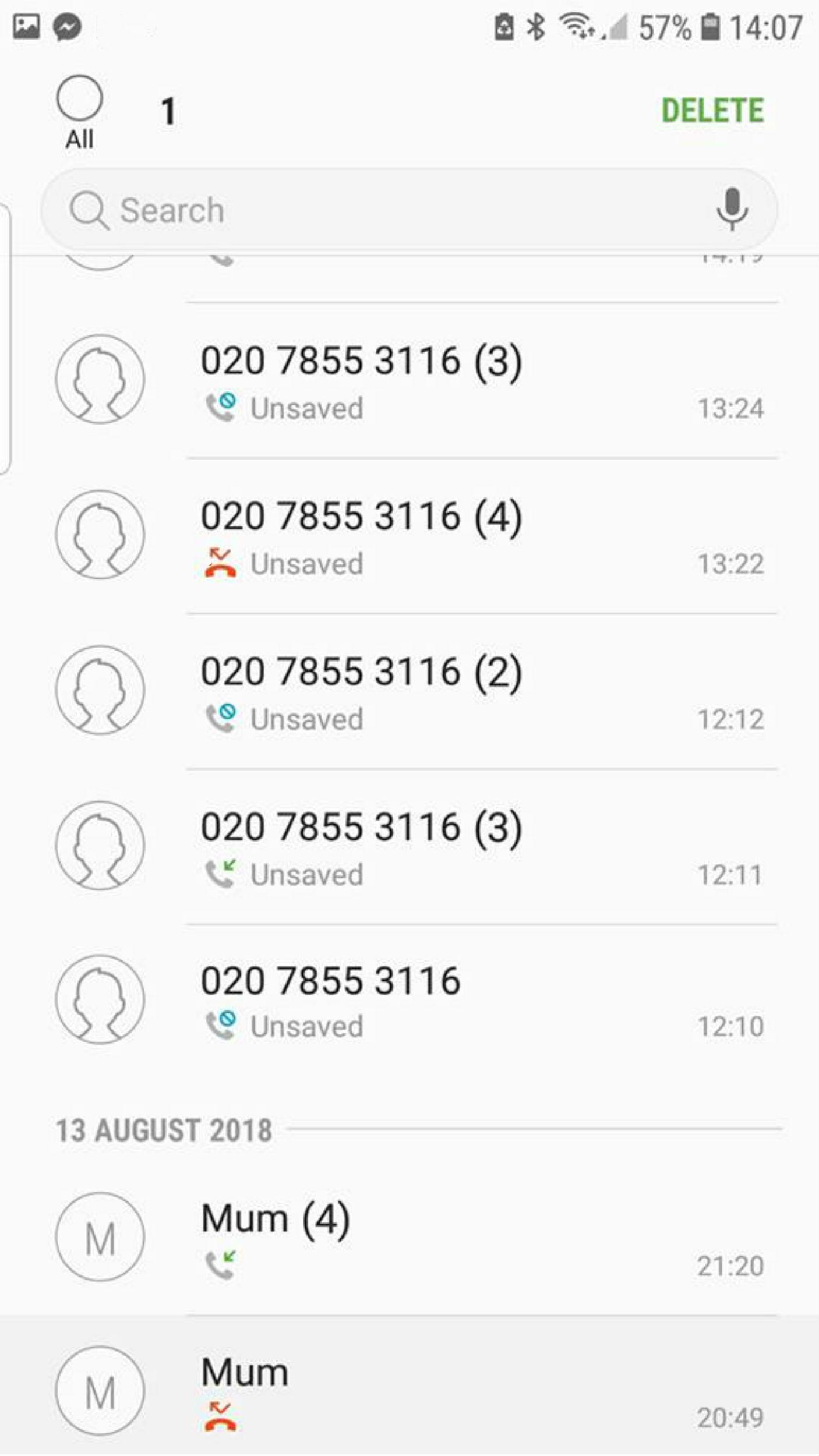 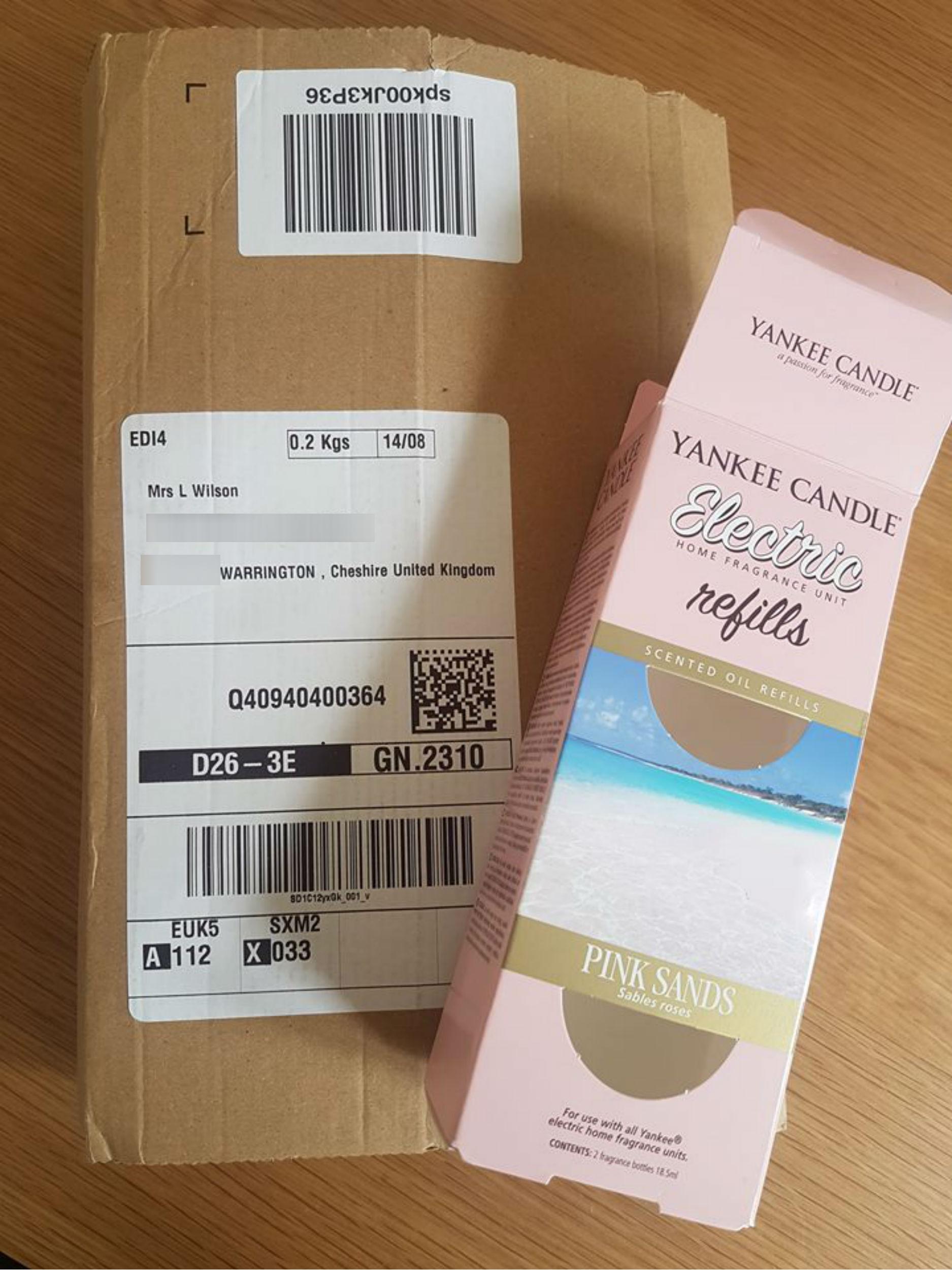 Amazon sent Lisa an email which read: "I would like to express my sincerest apologies for the note that our driver has left when attempting delivery of a recent parcel.

"We take complaints of this nature very seriously, and will be taking appropriate actions against this driver for their actions.

"I have raised the complaint with the driver's senior managers who will be dealing with this investigation internally."

The email contiuned: "I have made it clear that this driver is removed from any deliveries in your area going forward to ensure you do not have to face this behaviour again.”

A spokesman for Amazon said: “We have very high standards for our delivery service providers and how they serve customers. We are investigating the incident.”

It is thought Amazon drivers do not have direct access to customers' numbers but instead dial a central landline number that then connects them to the customer.

Earlier this week we reported how a six-year-old managed to order £250 worth of toys on Amazon using her parents’ iPad – and got it all shipped overnight before they had a chance to clock on.

And in March we published a video of a delivery driver caught on camera rifling through Amazon parcels and apparently pinching a pair of trainers.