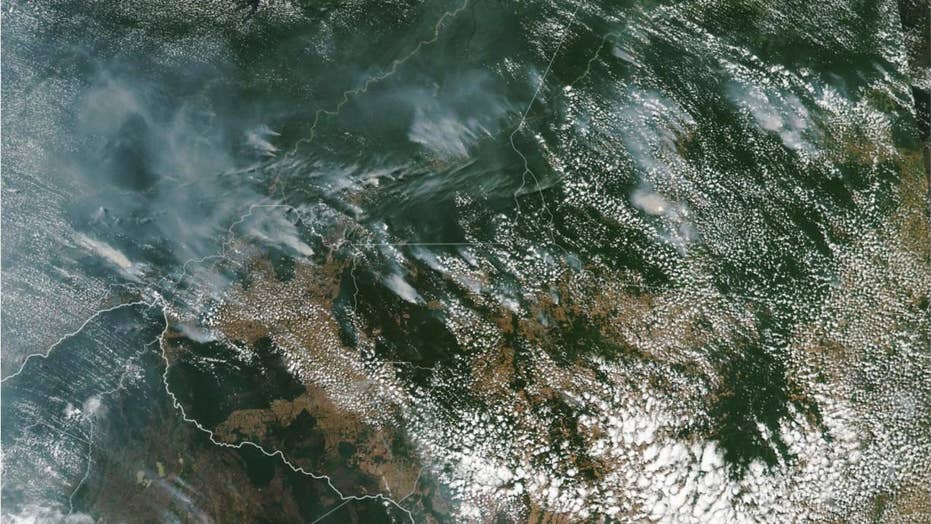 Amazon wildfires can be seen from space

The Amazon wildfires can be seen from space new NASA images reveal.

French President Emmanuel Macron on Thursday took to Twitter to urge countries from around the world to respond to the massive fires in the Amazon, but his remarks were met with hostility by Brazil’s President Jair Bolsonaro, who essentially warned Macron to stay out of it.

The comments played out on Twitter as news reports indicated there is international concern about Bolsonaro’s environmental policy and its effect on the forest. The European Union called the forests there the world’s “lungs and life support system.”

The exact number of burning fires is somewhere around 2,500. Sao Paulo was in the dark for about one hour Monday afternoon as a result of the fires about 1,600 miles away. One Twitter user posted a photo of the clouds and said, “Imagine how much has to be burning to create this much smoke.”

“Our house is  burning. Literally. The Amazon rain forest — the lungs which produce 20 percent of our planet’s oxygen — is on fire,” he said. "It is an international crisis. Members of the G7 Summit, let's discuss this emergency first order in two days!"

Fox News' Lucia I. Suarez Sang contributed to this report.

Fox News’ Lucia I. Suarez Sang contributed to this report.