Filmed on board American Airlines flight AA2246 from Miami to Dallas yesterday, the clip shows a man arguing with police as he is being detained. 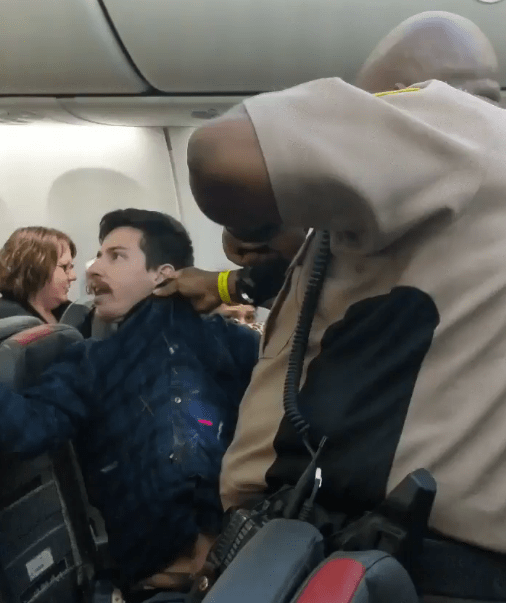 Incredibly, the man continues to argue with two cops after being shocked repeatedly by the Taser – and even manages to push the weapon away.

Fellow passenger Jabari Ennis, 37, claimed the alleged troublemaker had been moved seats after harassing a couple on board, reports The Mirror.

Jabari, who filmed the man being detained, said: "The man started harassing a couple on the plane, hitting on the female and being disrespectful to the guy.

"Eventually the boyfriend called the flight attendant and asked that he be removed. 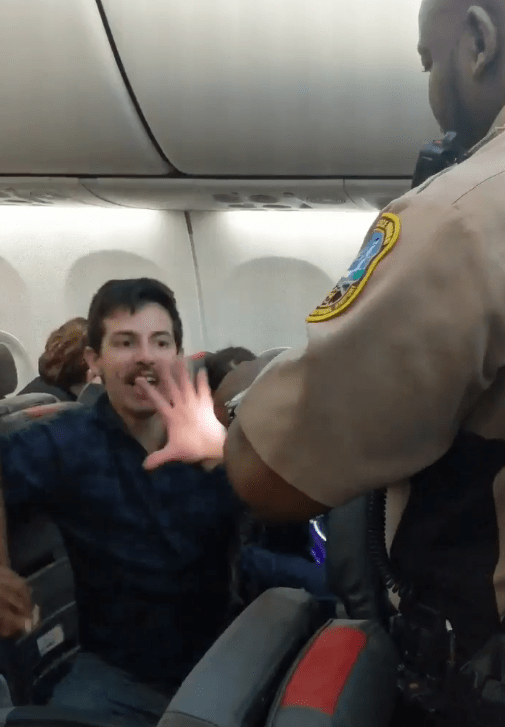 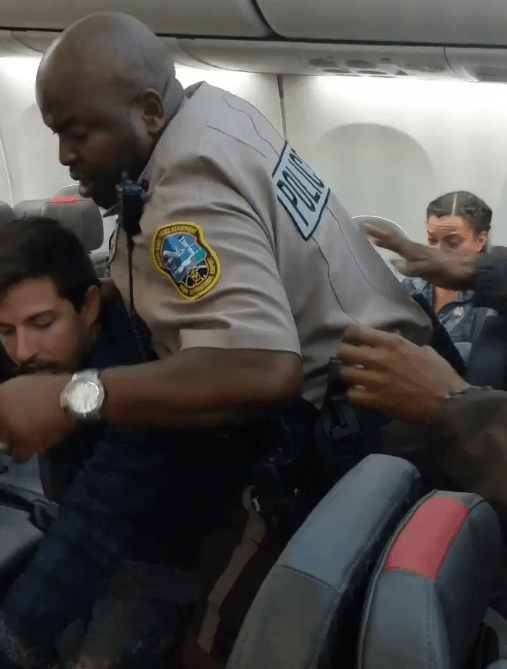 "The flight attendant tried to hear him out but he was being purposely argumentative without making any points."

Jabari said that when the man was moved he "started making louder racial slurs to the flight attendant and others".

He said: "Myself and others on the plane started complaining to the flight attendant that this was not tolerable.

"They then decided to remove him and called the police."

The clip shows the man – who has a moustache, speaks with a North American accent and looks like he is aged in his late 20s or 30s – asking police why he is being detained. 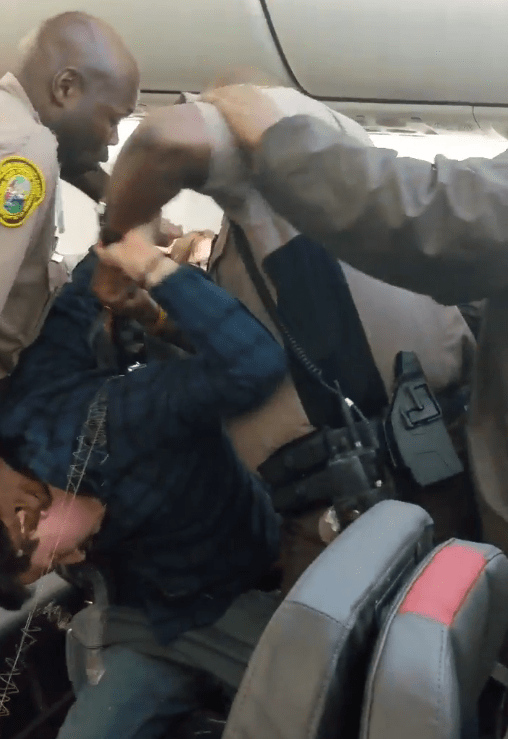 He can be heard saying: "Listen, what is the reason why you're removing me from this plane?"

When police do not answer, another passenger can be heard saying: "Well you just assaulted a lady for one, you're racist for two."

When officers struggle to handcuff him and the man continues to argue, one cop reaches for his Taser.

Despite the threat of being shocked, the man says: “Go on Taser me and you'll see what happens."

But when he is Tasered, he manages to grab the weapon and push it away while still continuing to argue.

He said: "We all had to deplane in order to get him off.

"The crowd cheers when they drove him away."