Michael Curry, 65, was praised for his energetic address to the 600 guests as he couldn't hide his passion for Meghan Markle and Prince Harry. 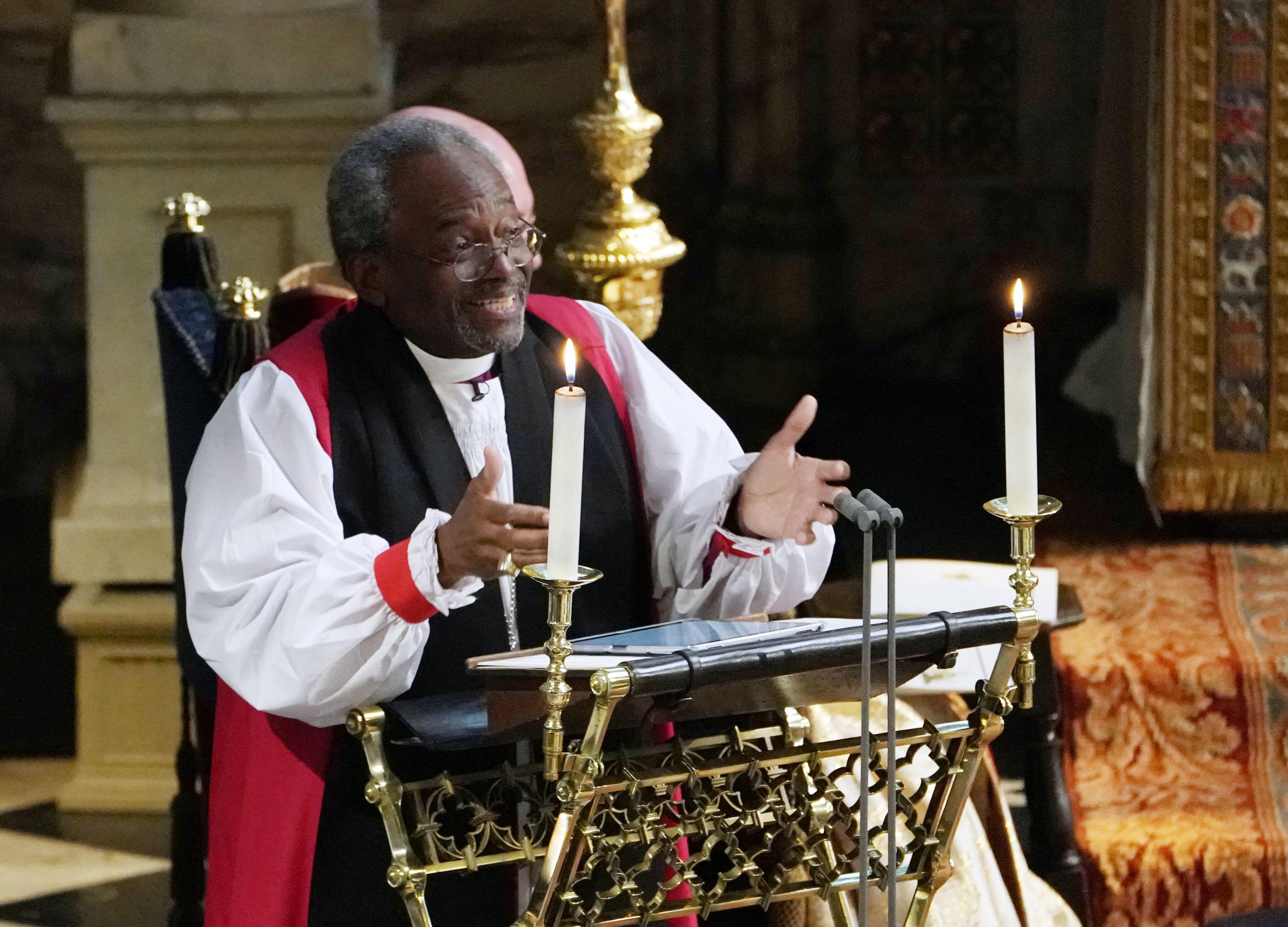 But some of members of the Royal family couldn't hide their amusement at the fiery 12-minute speech.

Prince William was caught sheepishly smirking in front of the Queen and Prince Philip at St George's Chapel in Windsor.

And even Harry and Meghan shared a smile – while David Beckham was also snapped grinning from ear to ear.

Bishop Curry, 65, described by the Archbishop of Canterbury as a “stunning preacher”, said: "We're going to sit down, we gotta get y'all married!" 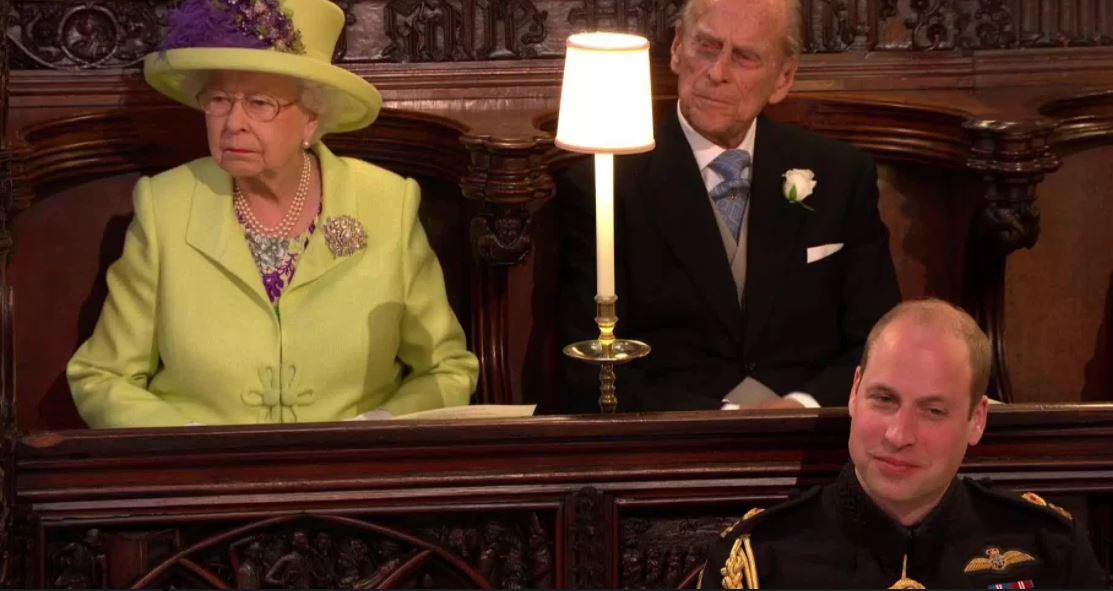 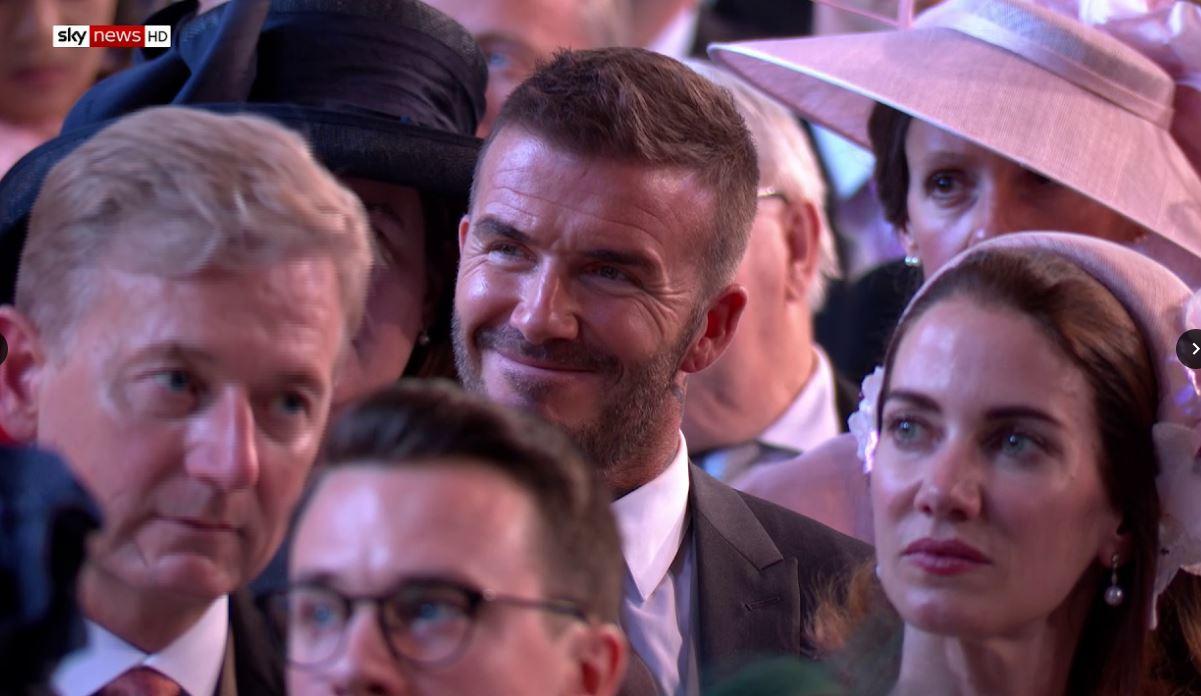 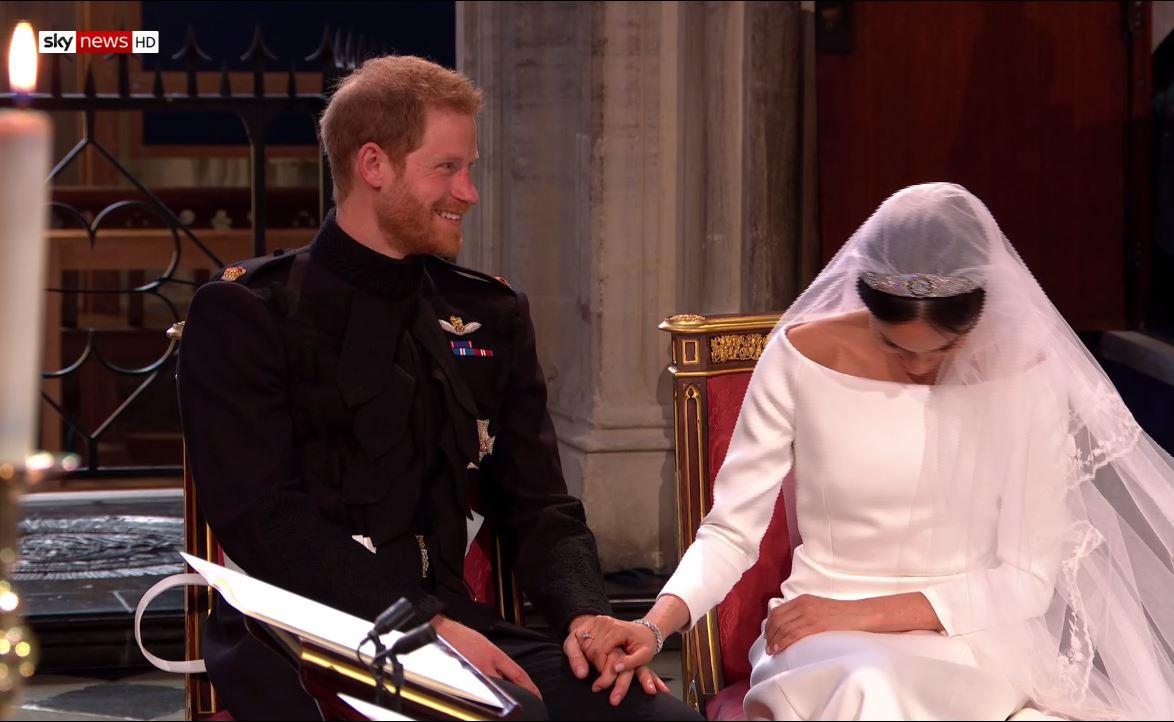 "And when we do that, we will be able to make of this old world a new world. Love is the only way."

The bishop then added: "There's power in love. Don't underestimate it. Don't even over-sentimentalise. There is power, power in love."

His barnstorming speech was praised on social media as many branded him the star of the wedding today.

Spectator editor Fraser Nelson said: “If Pippa was the unexpected star of Kate’s wedding, Michael Curry is the star of this one. Wonderful, wonderful sermon.”

Sky News journalist Mark Austin said: "Lovely moment as the preacher takes the Royals to the edge of their comfort zone "

BBC presenter Jeremy Vine said: "The preacher is doing 50 in a 30 zone and it's brilliant." 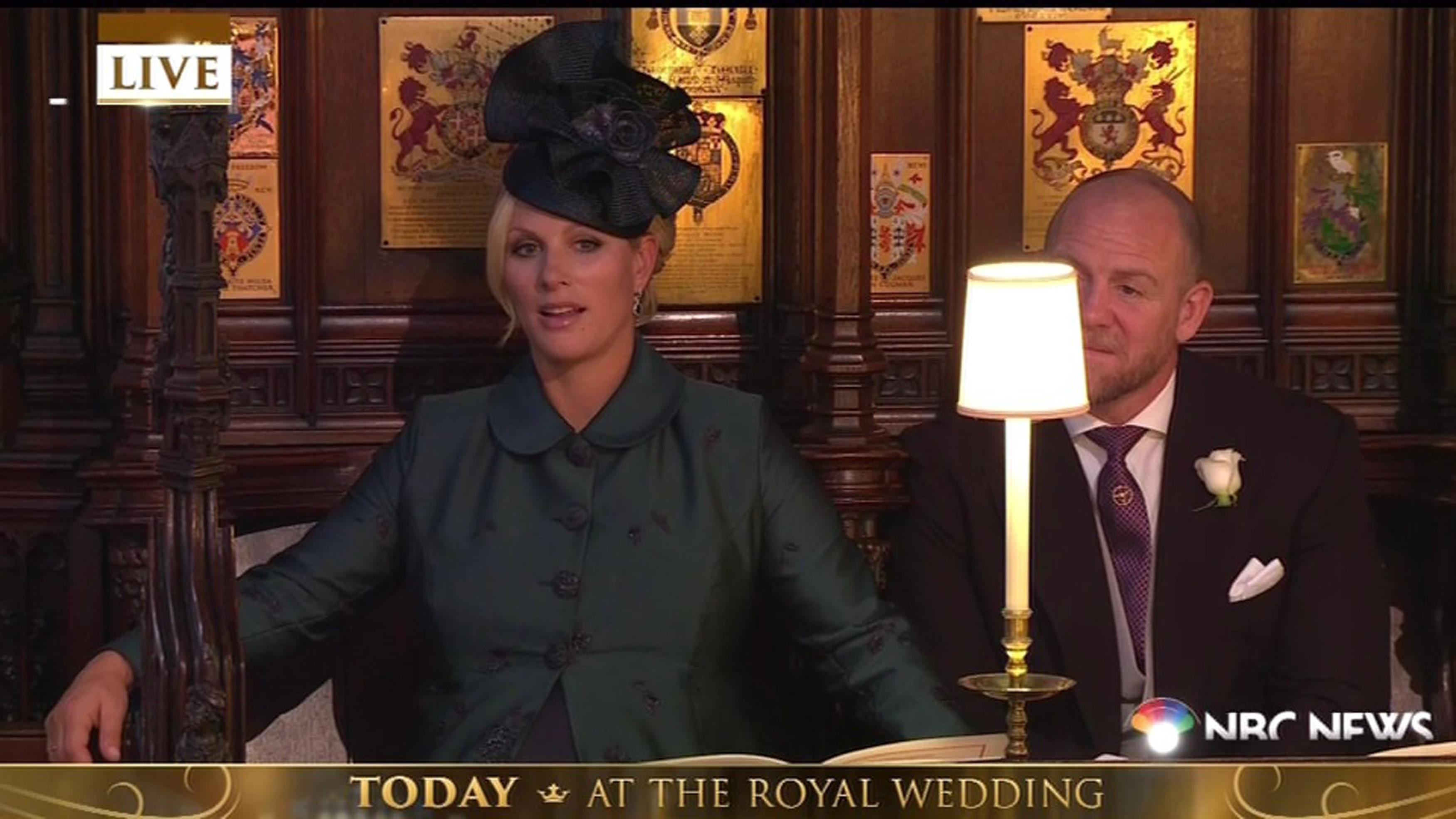 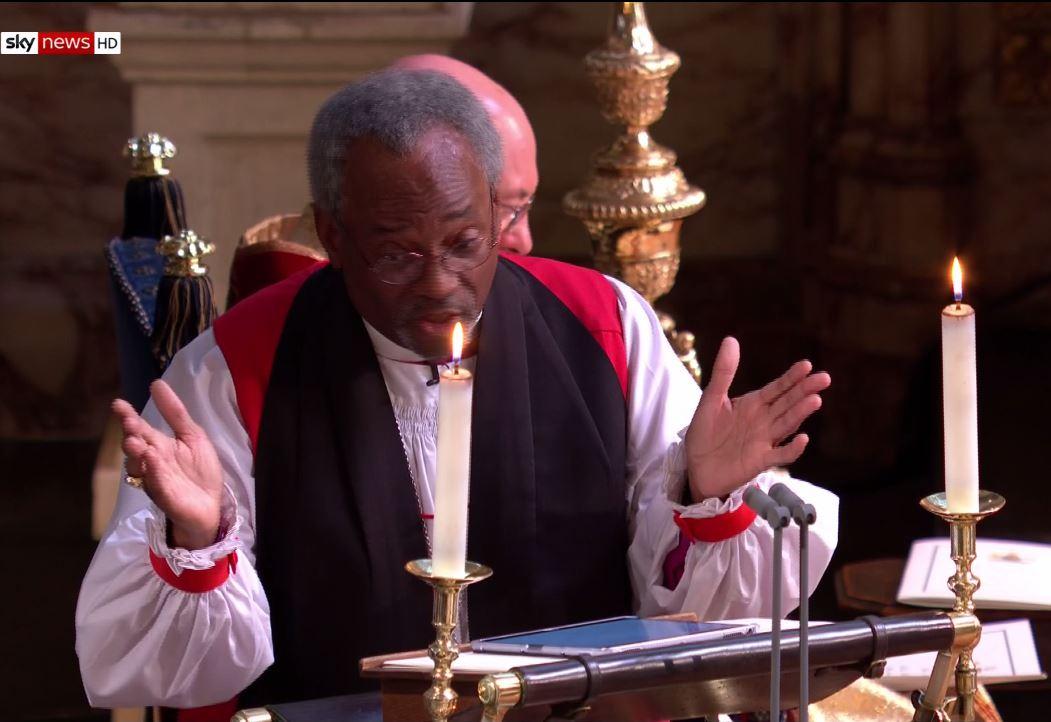 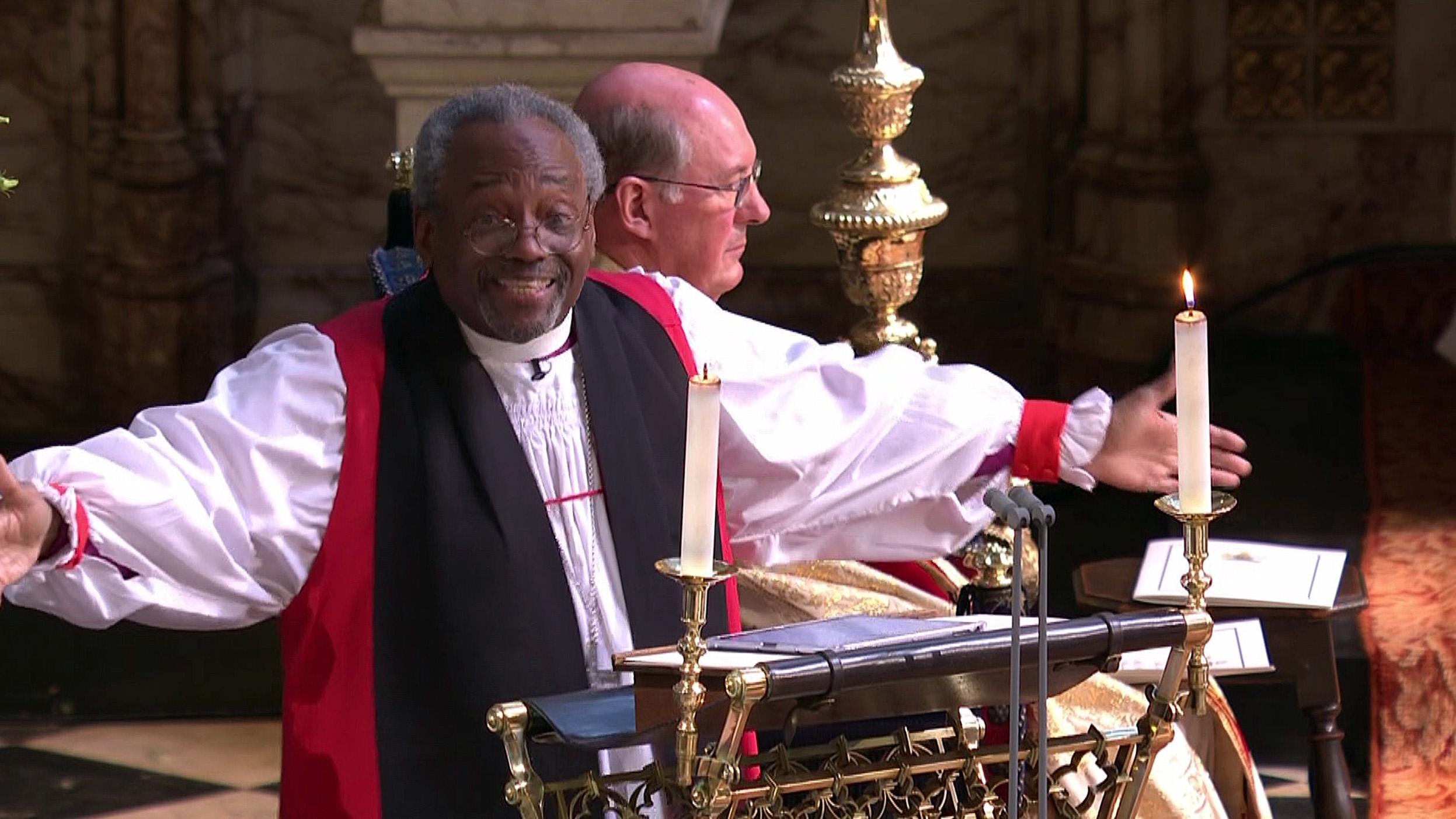 Bishop Curry addressed the audience as "brothers and sisters" as he raised his arms to add: "When love is the way, we will let justice roll down like a mighty stream and righteousness like an ever-flowing brook. 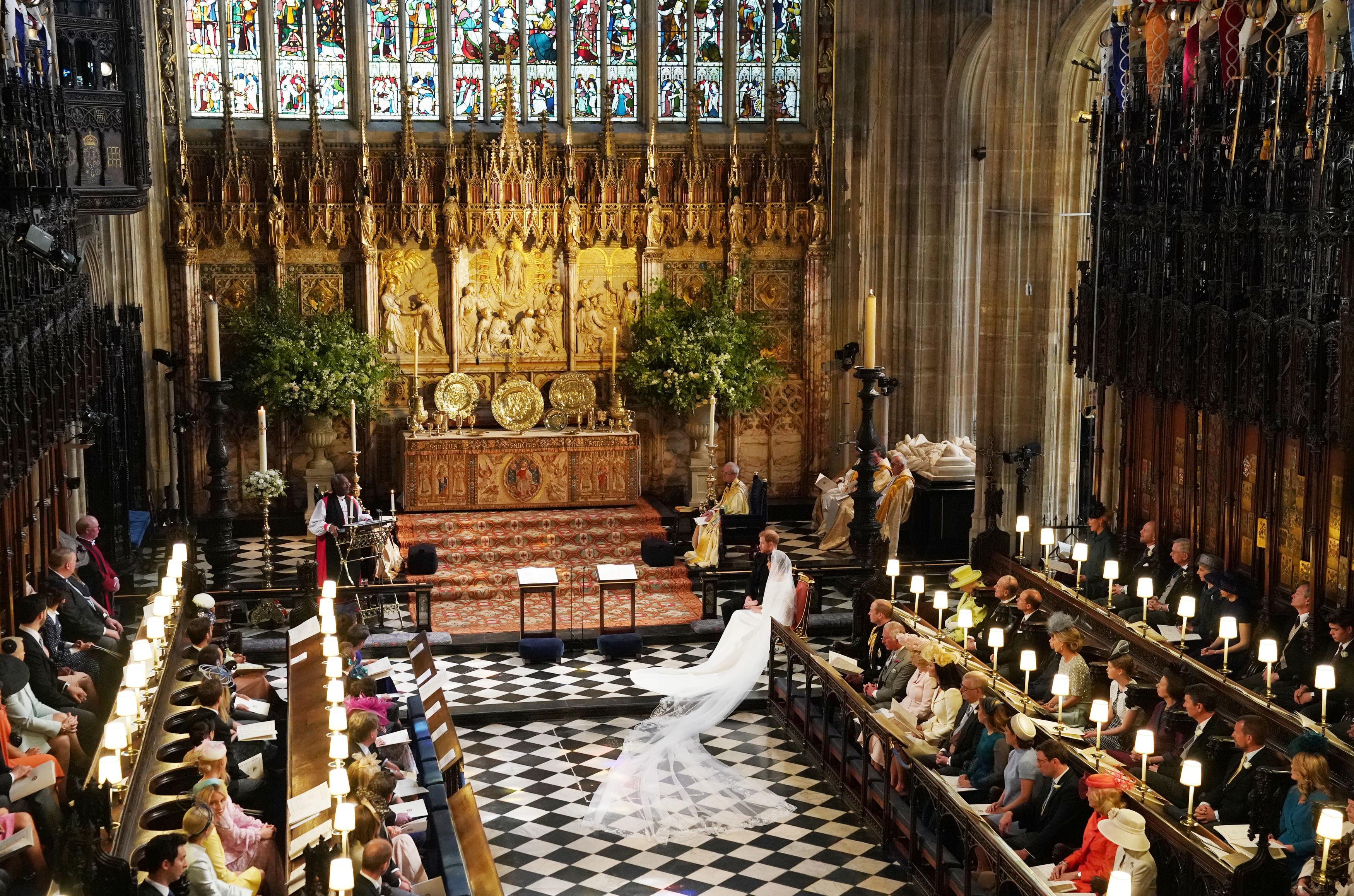 "When love is the way, we will lay down our swords and shields down by the riverside to study war no more.

"Because when love is the way, we actually treat each other, well, like we're actually family."

Bishop Curry appeared to realise his speech may have overran and said: "We gotta get you all married!"

Mr Curry's address was followed by "Stand By Me" sung by Karen Gibson and the Kingdom choir.

The bishop's speech was well received on Twitter as fans hailed him an "absolute legend".

Fraser Nelson wrote: "If Pippa was the unexpected star of Kate’s wedding, Michael Curry is the star of this one. Wonderful, wonderful sermon." 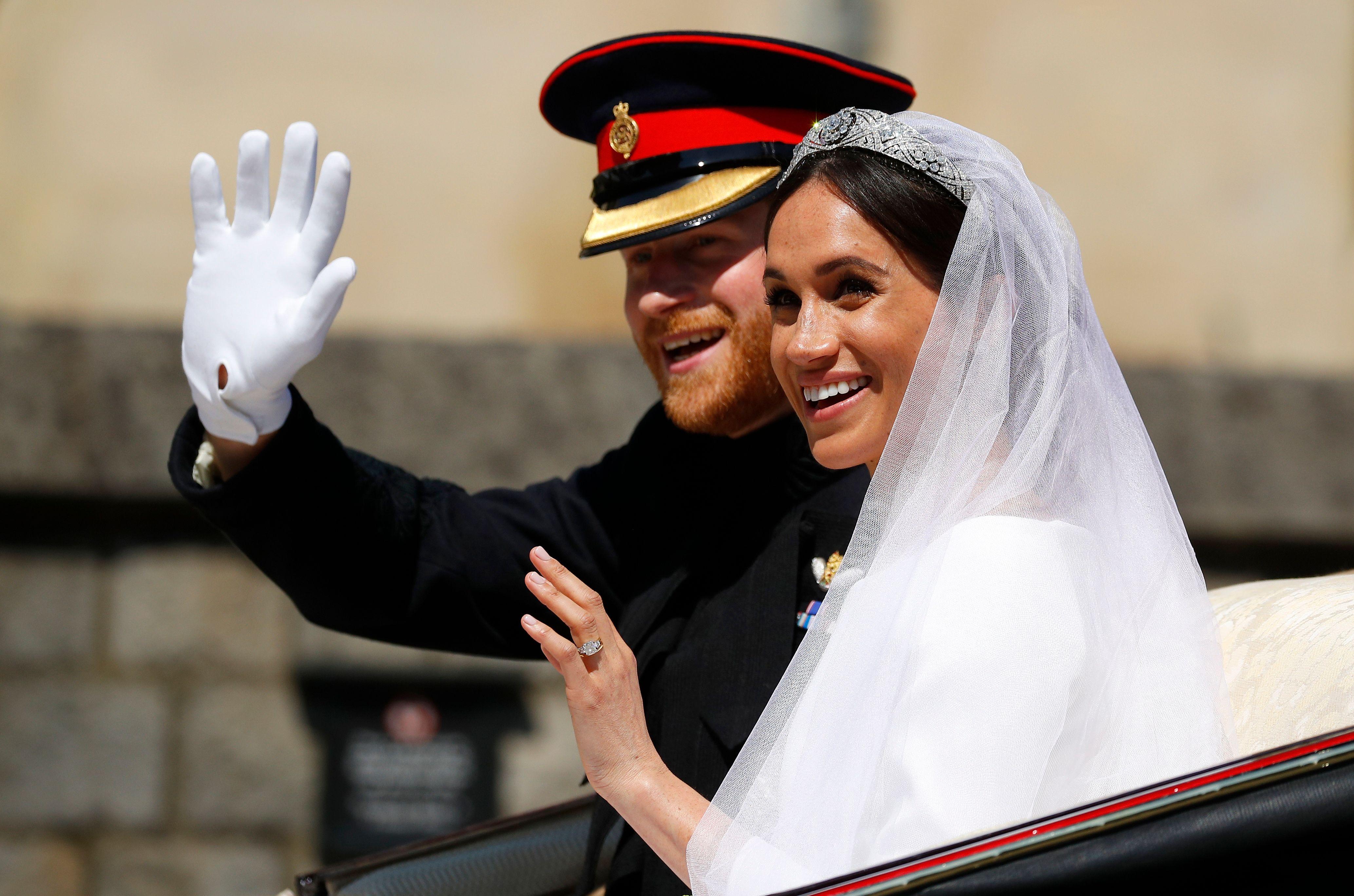 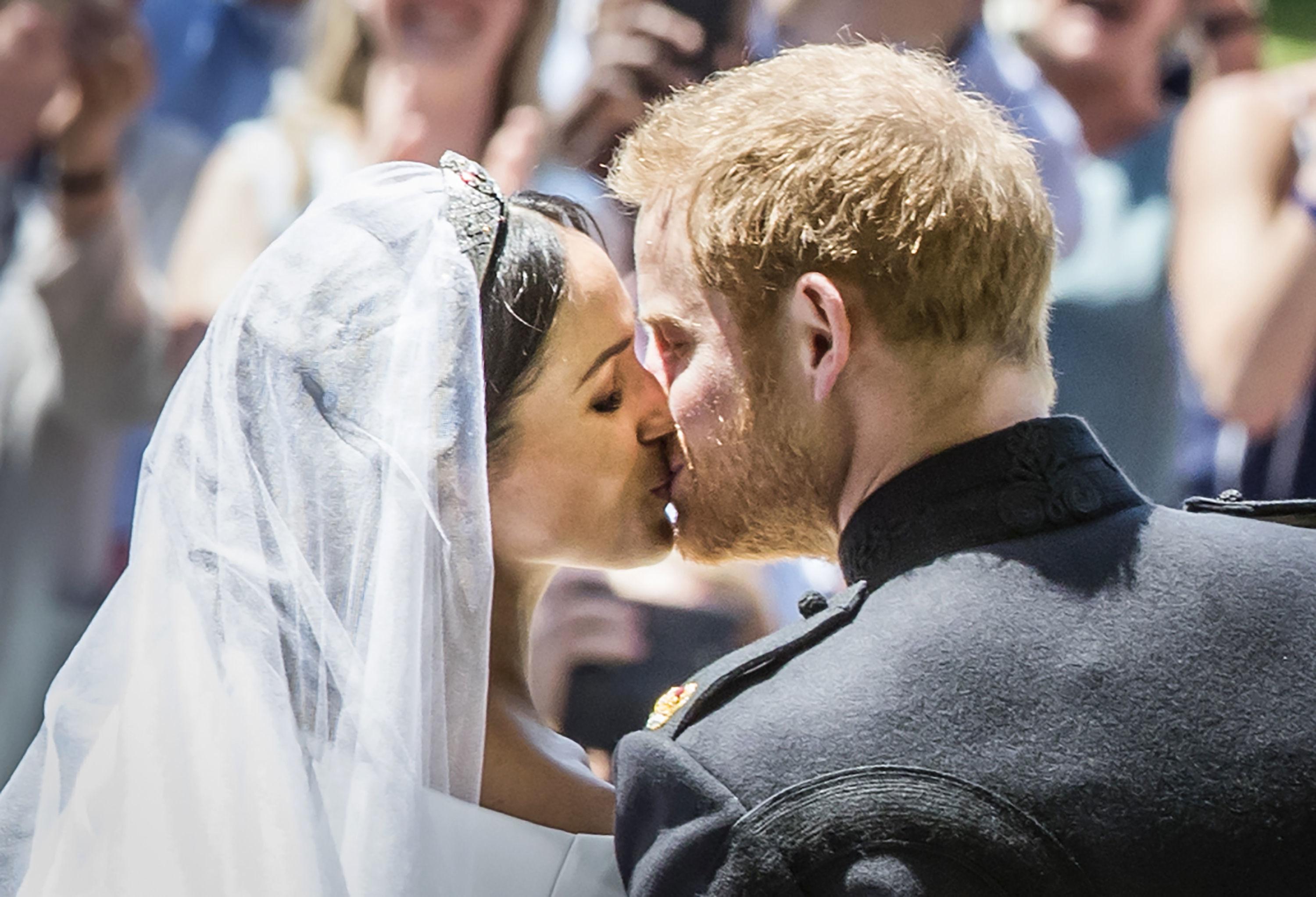 "Hard to imagine this church has ever heard a sermon this animated."

Curry held posts in North Carolina, Ohio and Maryland before being consecrated as the 11th bishop of the Episcopal Diocese of North Carolina in 2000. 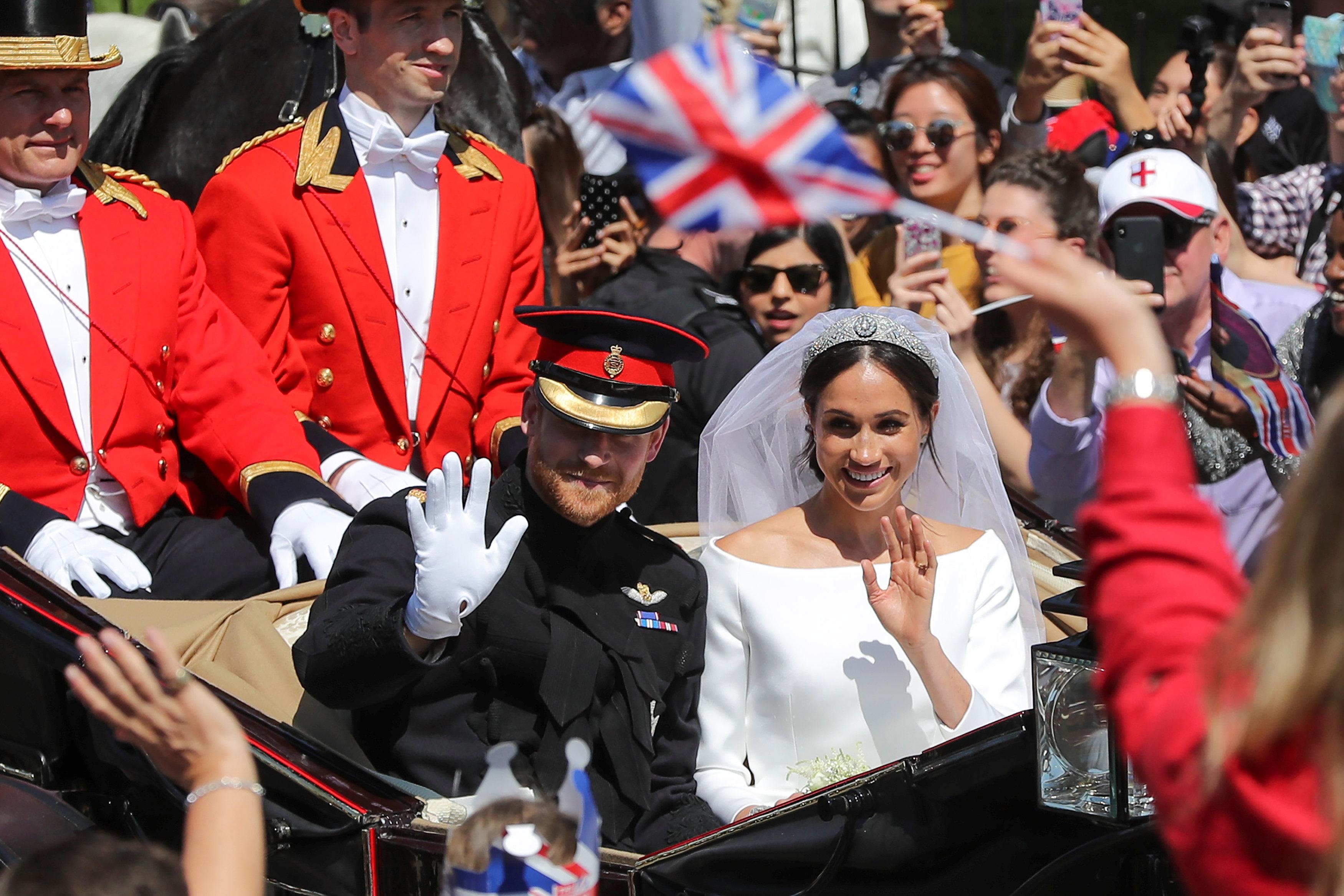 In 2015, he became the first black presiding bishop of the Episcopal Church, which is Anglican like the Church of England.

The Episcopal Church – based in New York – is one of just two Anglican churches which allows gay marriage in church, and Curry drew some controversy by backing the move.

As well as equal marriage, during his career the bishop has been outspoken on issues of social justice and immigration policy.

The loved-up pair gazed at each other during the ceremony, with Meghan wowing in her spectacular gown by designer Clare Waight Keller of Givenchy, and has teamed it with a dazzling Mary Diamond Bandeau tiara – lent to her by the Queen.

The Queen, Prince Charles and an unaided 96-year-old Prince Philip were met by rapturous applause as they joined a nervous Prince Harry and best man Prince William at the chapel.

The US actress’ mum Doria was seen in tears as her daughter met the 33-year-old prince.

Stunning Meghan, 36, had been driven from Cliveden House with her mum to the chapel in a vintage Rolls-Royce Phantom.