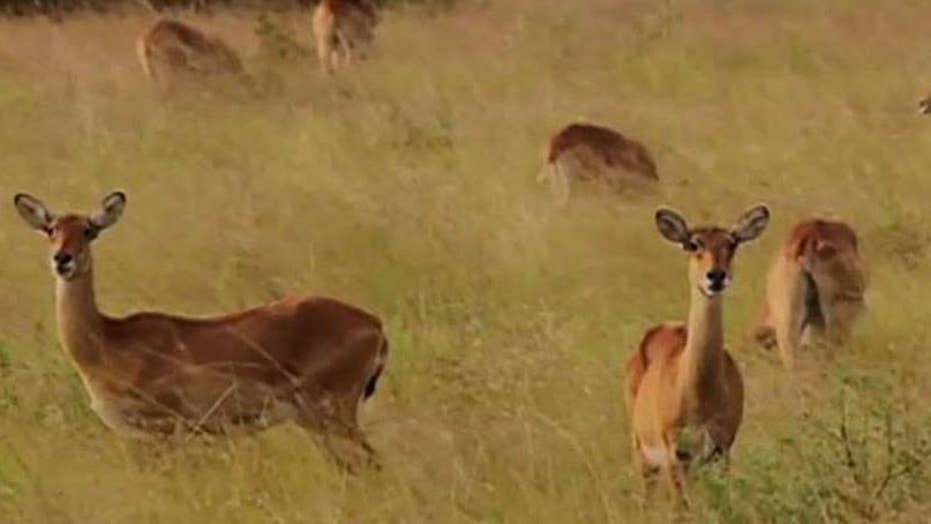 American tourist Kimberly Sue Endicott and her safari guide were freed days after a group of men kidnapped them at gunpoint in Uganda’s Queen Elizabeth National Park and demanded a ransom for their safe release, officials said Sunday.

Endicott and the driver, Jean-Paul Mirenge Remezo, were freed from their captors and are in "good health," Uganda Police Force said on Twitter Sunday. The kidnappers had used Endicott’s phone to demand a $500,000 ransom for the safe return of the duo, but it's unclear if the money was paid.

Endicott and the guide were rescued alive in the Democratic Republic of the Congo (DRC), said Ofwono Opondo P'Odel, the executive director of Uganda's Public Communications. The national park is near the border of the DRC.

Further details about the duo's release were not immediately released.

"Police & its sister security agencies have today rescued Ms.Kimberley Sue, an American tourist together with her guide who were kidnapped while on an evening game drive at Queen Elizabeth National park.The duo are in good health & in the safe hands of the joint security team," Uganda Police Force said in a statement.

Uganda Wildlife also confirmed both people were in "safe hands" and thanked security agencies who led the mission to their rescue.

"The rescue of kidnapped tourist Kimberly Sue and driver guide Jean Paul is complete. Both captives back in safe hands. We thank our security agencies who led the mission. This was a one off and isolated incident. Our national parks have been and remain safe to visit," Uganda Wildlife Authority said.

Endicott — an aesthetician from Costa Mesa, Calif. — Remezo and two other tourists were in a car between 6 and 7 p.m. Tuesday when four men stopped them and held them at gunpoint. The men took Endicott and Remezo and left the two tourists, who then contacted the camp manager and were taken to safety, Uganda Police Force said in a prior statement.

The State Department said Friday that the safety and security of U.S. citizens abroad is its highest priority.

"Whenever a U.S. citizen is taken captive abroad, we work tirelessly – in partnership with local authorities – to secure their release and get them home safely," the statement said.

On Tuesday, Secretary of State Mike Pompeo said the U.S. government would not pay ransom because it would lead to more kidnappings.

"Please remember that any payment to a terrorist or a terrorist regime gives money so that they can seize more of our people," Pompeo said at an event unrelated to the Tuesday kidnappings. "Even a small payment to a group in, say, Africa can facilitate the killing or seizure of tens or even hundreds of others, including Americans or foreign nationals in that region."

Endicott’s cousin, Rich Endicott, urged U.S. officials to intervene and rescue the California native by doing whatever it takes, including sending the Navy SEALS.

"I heard our Secretary of State get on there and say we don't pay ransom. OK, fine," Endicott told the Associated Press. "Then get the Navy SEALS, get them on a plane and go save her. Don't pay ransom, I'm good with that. But he didn't say any of those things, and maybe they're doing those things, but who knows."

Endicott, who is in her 50s, booked the trip to Uganda because it was her dream to see gorillas on a safari in Africa, her friend Pam Lopez, told the Los Angeles Times.

“I know she was planning this trip for a while, because it’s something that she’s always wanted to do,” Lopez said. “This was always a big trip she wanted to take.”

“I’m sure she felt like she was safe,” she added. “I just can’t even imagine what’s happening right now to her.”