U.S. citizen Kimberly Sue Endicott has left Uganda’s Queen Elizabeth National Park, after being kidnapped while on a safari there and held hostage for four days.

Endicott was seen Monday morning being transported by helicopter to Uganda’s capital, Kampala. She is now under care of the U.S. Embassy, according to a spokesperson for Wild Frontiers Uganda, the Uganda-based tour operator that organized her safari.

It was unclear exactly when Endicott would return home to Southern California.

Endicott was on an evening game drive with a Canadian couple and tour guide in the park’s southern Ishasha section Tuesday when they were allegedly ambushed by four gunmen in military uniforms.

The gunmen apparently held the group at gunpoint before snatching the keys to their safari vehicle and fleeing with Endicott and the guide, identified as Congolese national Jean-Paul Mirenge Remezo, according to the Uganda Police Force.

The Canadian tourists, identified by Wild Frontiers Uganda as Martin and Barbel Jurrius, were left behind and contacted the camp manager, who brought them back safely to the wilderness compound, police said. 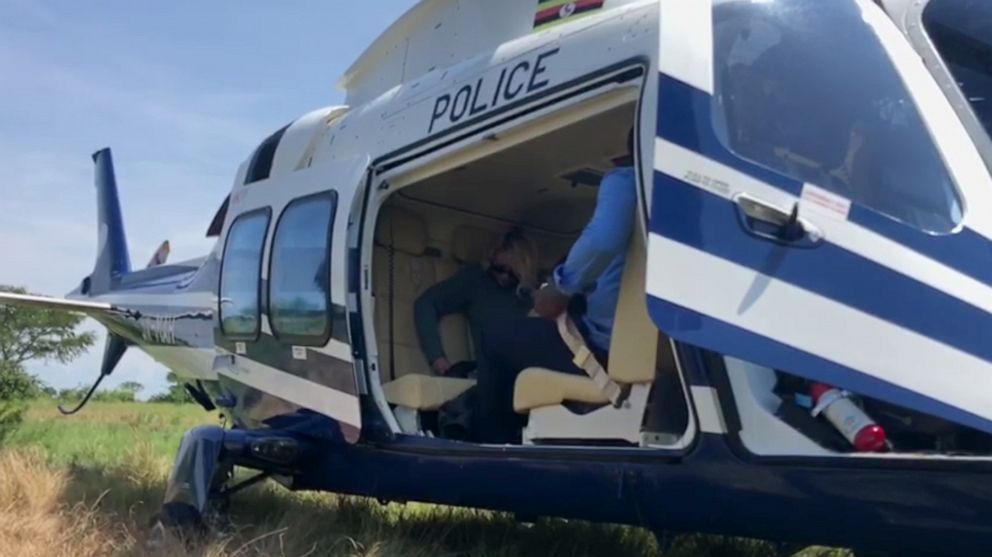 The kidnappers used one of the victim’s mobile phones to demand a $500,000 ransom, which police said they believe was the motive behind the abduction.

After a days-long search operation by Ugandan police, armed forces and wildlife authorities, Endicott and Remezo were “rescued” unharmed from the neighboring Democratic Republic of the Congo and brought back to Uganda Sunday evening.

But their captors “escaped,” and the operation to track them down continued Monday, according to Ugandan government spokesperson Ofwono Opondo.

Endicott and Remezo were freed in a “negotiated handover, conducted between the Ugandan and U.S. authorities,” according to a press statement from Wild Frontiers Uganda, which has been operating safaris since 1996.

“We have provided as much assistance as possible to the authorities and will now continue to provide support to both Kimberly and our guide Jean-Paul as they work toward returning to their homes and families,” the company said in the Monday statement. “We also are working with the investigating authorities to ascertain precisely what happened and how this can be prevented in the future.”

Footage taken by Wild Frontiers Uganda on Sunday showed the moment Endicott and Remezo returned to the company’s Ishasha Wildnerness Camp in Queen Elizabeth National Park. Endicott was barefoot and her pants were torn.

The pair, who were said to be in good health and good spirits considering their ordeal, spent the night at the camp’s lodge.

A spokesperson for the U.S. Department of State told ABC News Sunday, “We are aware of reports that a U.S. citizen hostage was recovered on April 7 by Ugandan security officials. Privacy considerations prevent us from commenting further at this time.” 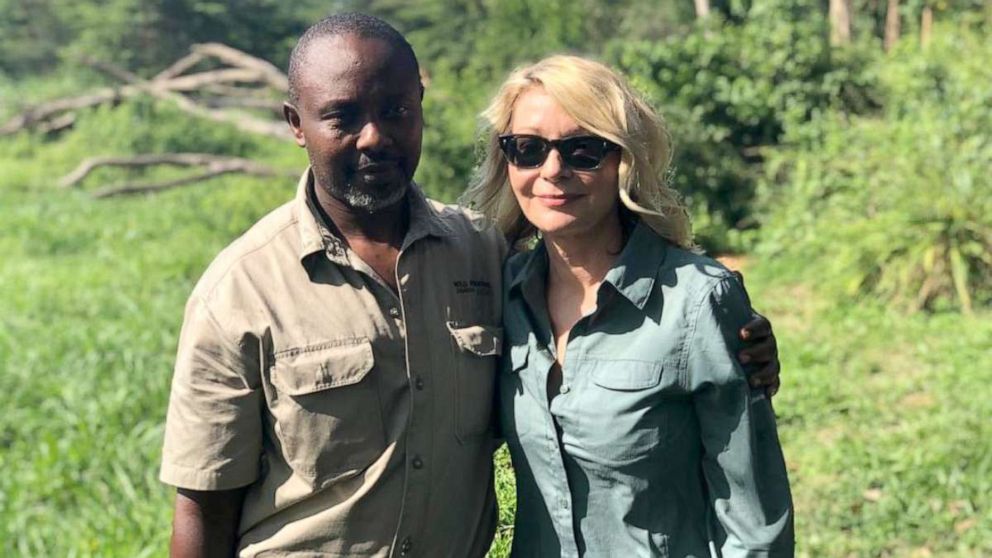 A U.S. official in Washington familiar with details of the recovery efforts told ABC News earlier that Ugandan police were handling the situation well, with U.S. authorities only providing support as needed.

Ugandan President Yoweri Museveni applauded the rescue on Twitter Monday morning and vowed to “deal with these isolated pockets of criminals.”

“However, I want to reassure the country and our tourists that Uganda is safe and we shall continue to improve the security in our parks. Come and enjoy the Pearl of Africa,” Museveni tweeted.

U.S. President Donald Trump tweeted a few hours later, “Uganda must find the kidnappers of the American Tourist and guide before people will feel safe in going there. Bring them to justice openly and quickly!” 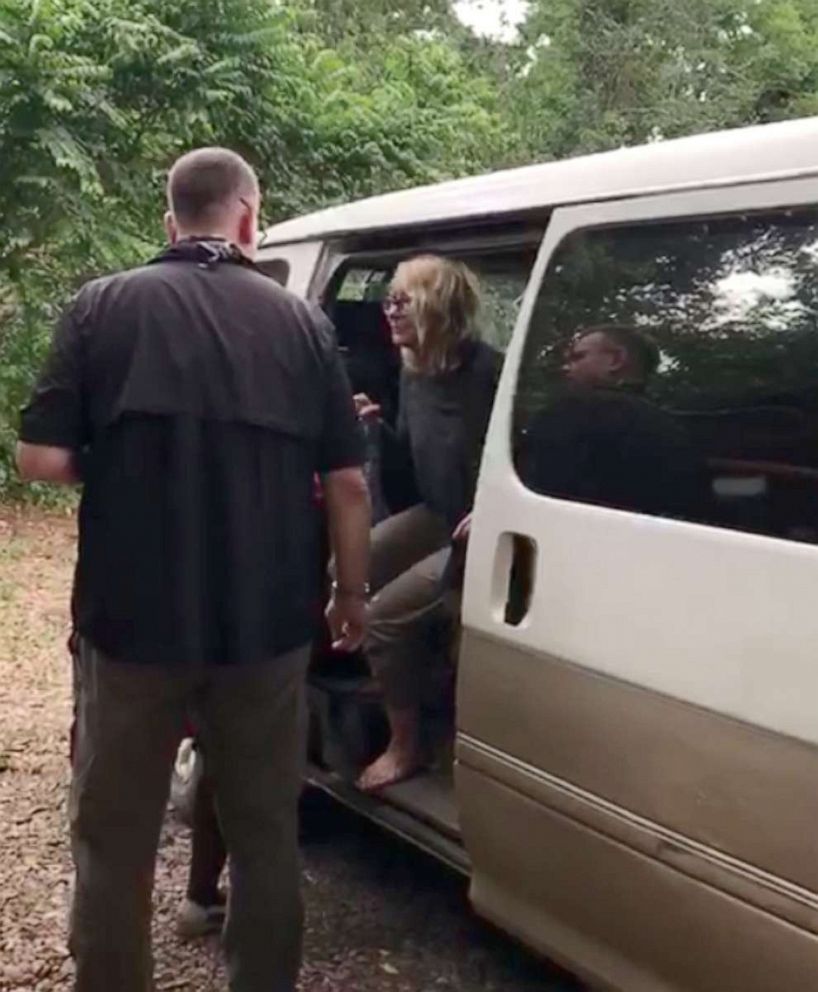 Located in southwest Uganda, the Queen Elizabeth National Park is one of the country’s most popular tourist destinations and boasts luxury wilderness camps. Tourists are sometimes accompanied by armed rangers to protect against wildlife or poachers, but it is not required.

A spokesperson for Wild Frontiers Uganda told ABC News Endicott’s group was not accompanied by an armed ranger at the time.

Uganda Wildlife Authority spokesperson Bashir Hangi told ABC News it’s possible the kidnappers are poachers who encountered the group by mistake or “rogue militias” from the conflict-torn eastern Democratic Republic of the Congo. Still, Hangi said his country and its national parks are known for being safe for tourists, and kidnappings are uncommon.