WASHINGTON (Reuters) – U.S. President Donald Trump said on Monday he will announce his long-delayed Middle East peace proposal on Tuesday and that he believes Palestinians will eventually go along with it despite their refusal to engage on the subject.

Sitting down with Israeli Prime Minister Benjamin Netanyahu in the Oval Office, Trump said his plan “makes a lot of sense for everybody.” Of the Palestinians, Trump said, “It’s something they should want,” but he declined to say how it would be good for them.

Trump will deliver joint remarks with Netanyahu at the White House on Tuesday to outline his plan, which U.S. officials intend to generate momentum toward resolving one of the world’s most intractable conflicts.

Palestinians fear the plan will dash their hopes for an independent state in the West Bank, Gaza Strip and East Jerusalem, areas Israel captured in the 1967 Middle East war.

“They probably won’t want it initially,” Trump said. “But I think in the end they will… It’s very good for them. In fact it’s overly good to them. So we’ll see what happens. Now without them, we don’t do the deal and that’s okay.”

Trump added, “We think there’s a very good chance that they’re going to want this.”

After his session with Netanyahu, Trump met separately with Benny Gantz, the head of Israel’s centrist Blue and White Party, who is the right-wing prime minister’s rival in a March 2 election.

While Trump allowed reporters and cameras in for his meeting with Netanyahu, the session with Gantz was held without the presence of the news media.

“It was a very good meeting,” said a spokeswoman for Gantz.

Palestinian leaders say they were not invited to Washington for Trump’s presentation of his long secret peace blueprint and that no plan could work without them.

“We reject it, and we demand the international community not be a partner to it because it contradicts the basics of international law and inalienable Palestinian rights,” Palestinian Prime Minister Mohammad Shtayyeh said on Monday. “It is nothing but a plan to finish off the Palestinian cause.”

Palestinians have refused to deal with the Trump administration in protest at such pro-Israeli policies as moving the U.S. Embassy from Tel Aviv to Jerusalem, whose eastern half Palestinians seek for a future capital.

Trump’s two days of meetings with the Israelis stand in contrast to a trial in the Republican-led Senate weighing articles of impeachment submitted by the Democratic-led House of Representatives against the Republican president.

But whether it truly will jumpstart the long-stalled effort to bring Israelis and Palestinians together is far from certain.

Palestinians denounced a $50-billion economic revival plan the Trump administration set forth last July to lift the Palestinian and neighboring Arab state economies because the proposal did nothing to address Israeli occupation.

The White House hope was that support from both Netanyahu and Gantz would provide momentum. 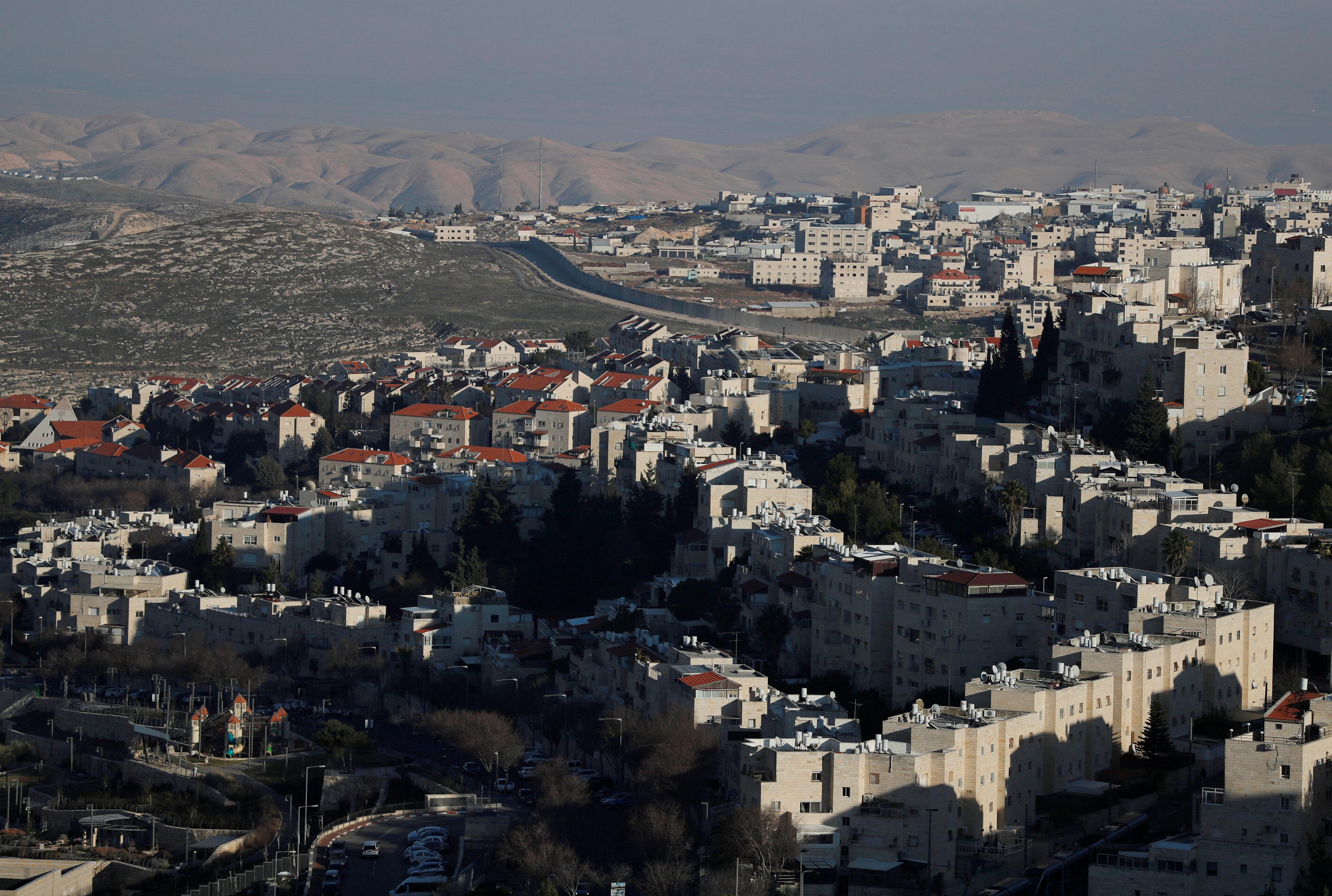 “The rationale…is it depoliticizes this to the point that, no matter what happens on March 2, the two leaders of the two largest parties can potentially be supportive,” the source said.

The Trump plan is the product of three years’ effort by senior advisers Jared Kushner and Avi Berkowitz, as well as Jason Greenblatt, who left the government last autumn.

The proposal, more than 50 pages long, aims to take on some of the most difficult issues separating the two sides, such as the status of Jerusalem.

But Palestinians called Trump’s proposal dead in the water even before its publication.

Palestinian President Mahmoud Abbas has said Washington can no longer be regarded as an honest mediator. In addition to the actions he took on Jerusalem, Trump slashed hundreds of millions of dollars in humanitarian aid to the Palestinians.

Palestinian and Arab sources who were briefed on the draft fear it seeks to bribe Palestinians into accepting Israeli occupation, in what could be a prelude to Israel annexing about half of the West Bank including most of the Jordan Valley, the strategic and fertile easternmost strip of the territory.

Further obstacles to a peace deal include the expansion of Israeli settlements on occupied land and the rise to power in Gaza of the Islamist movement Hamas, which is formally committed to Israel’s destruction.

The Trump administration in November reversed decades of U.S. policy when Secretary of State Mike Pompeo announced that Washington no longer regarded Israeli settlements on West Bank land as inconsistent with international law.

Palestinians and most of the international community view the settlements as illegal. Israel disputes this. 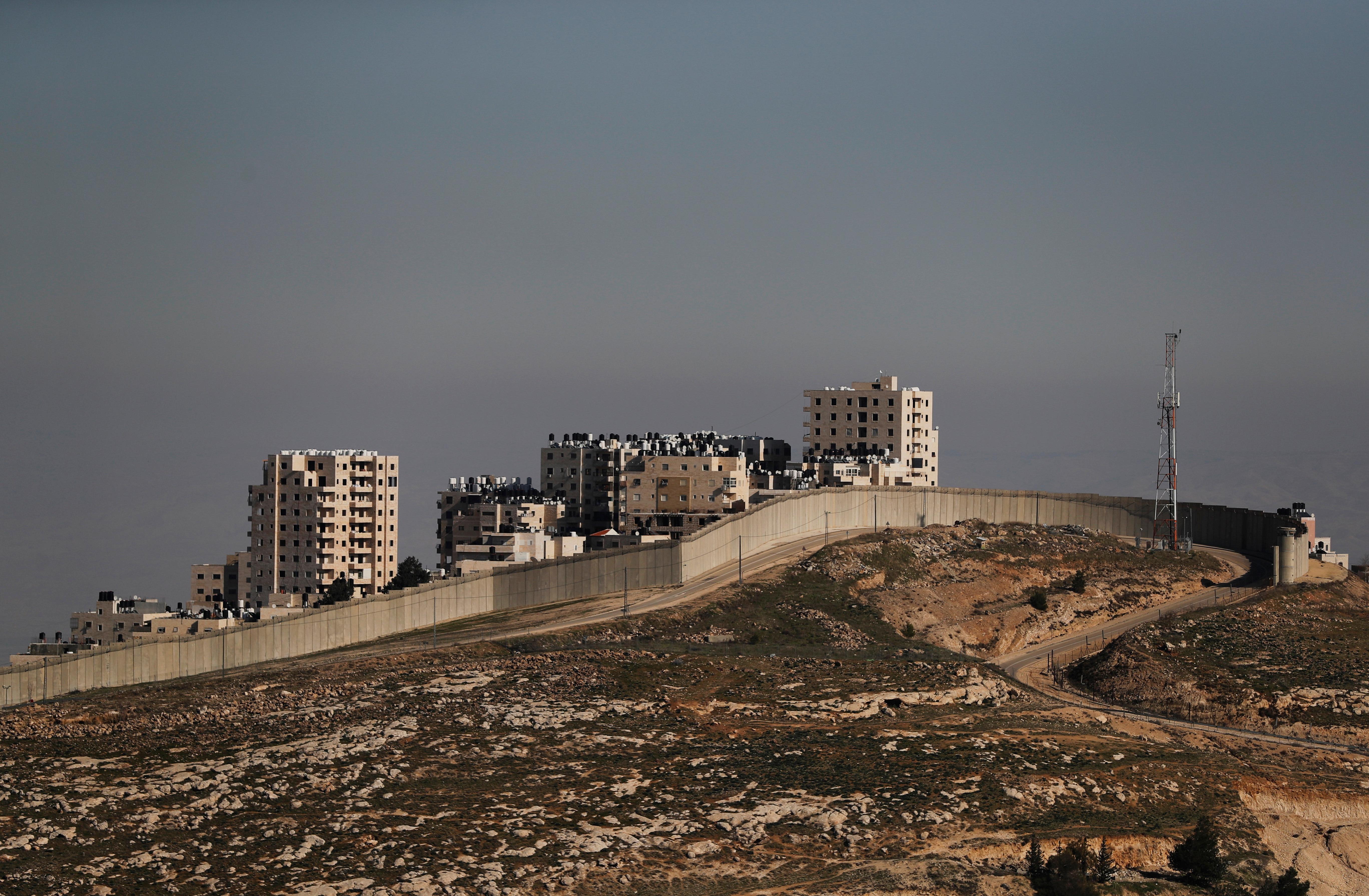 Netanyahu, a veteran right-wing leader, faces political and legal troubles at home as he heads for his third election in less than a year, and was indicted on criminal charges in November. He denies any wrongdoing.

Netanyahu’s principal domestic political rival, Gantz, a centrist former general, last week lifted his objection to having the peace plan published before Israel’s March election. He had previously seen it as interference in the vote.