ANDREW PIERCE: Team Bojo is rattled but scents win in battle to take over from May

As early as last week Boris Johnson’s team convened in his fourth-floor office in Portcullis House in Parliament to assess the threats to his leadership bid.

For years there have been jibes, such as that the former foreign secretary could not be trusted with the family babysitter let alone the keys to No 10. 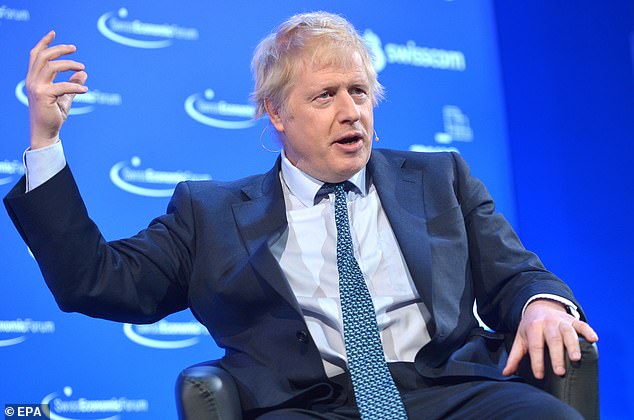 Although Miss James might not be a household name, she is a member of the new, yet influential, One Nation group of Tory MPs.

Set up six weeks ago and spearheaded by Cabinet minister Amber Rudd, the group of Remain-supporting MPs was formed to try to counter the rise of the fanatically Brexit-supporting European Research Group led by Jacob Rees-Mogg.

Not only is the One Nation caucus implacably opposed to Britain leaving the EU without a deal, but the 60 members – including eight ministers – have ruled out supporting a future coalition between the Conservatives and Nigel Farage’s Brexit Party. 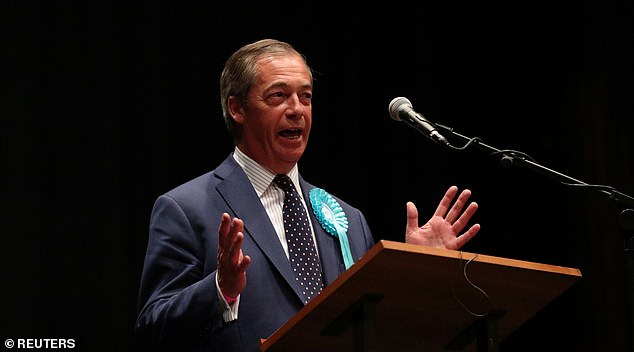 Johnson is being countered by the recently established One Nation group of Tory MPs. Not only is its caucus implacably opposed to Britain leaving the EU without a deal, but the 60 members – including eight ministers – have ruled out supporting a future coalition between the Conservatives and Nigel Farage’s Brexit Party (pictured)

Ideologically they are poles apart from Boris Johnson.

Crucially, as ‘Team Boris’ gathered in a room dominated by a bust of the Ancient Greek statesman Pericles – a hero of Classics-educated Johnson – they suspected the One Nation group might have another agenda: co-ordinating attacks on their man and preventing him from reaching the final two of leadership candidates for the vote-off among Tory party members.

How right they were.

On Saturday, Rory Stewart, the International Development Secretary who’s a member of the new grouping, said he ‘could not serve in a government whose policy was to push this country into a No Deal Brexit’.

He added: ‘I could not serve with Boris Johnson.’ 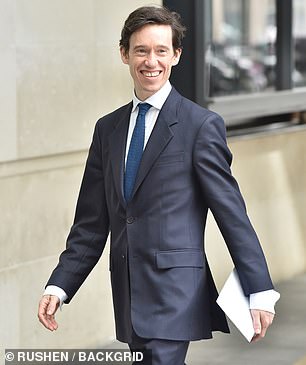 Rory Stewart (pictured arriving for the Andrew Marr Show on Sunday) is the anti-Boris candidate, having already refused to serve in the Cabinet if Johnson becomes PM

It was a calculated attack.

One theory in Westminster is that Stewart, who so far has no named backers among his parliamentary colleagues, is a ‘suicide-bomber’ trying to take out Boris in the early stages.

Yesterday, at the behest of Stewart, Justice Secretary David Gauke – another One Nationer – left no one in doubt whom he was referring to when he wrote in The Observer: ‘Big promises fail to be delivered, leaving the public yet more disillusioned, angry and tempted by the snake oil of populism.’

As for Amber Rudd, a spate of reports have suggested she might back Johnson in return for him choosing her as Britain’s first female Chancellor.

But yesterday, with her fellow One Nationers lining up to take pot-shots at Johnson, it seemed that scenario was increasingly unlikely. ‘She’s desperate to stop a No Deal Brexit. So she cannot back Boris,’ confirmed a source.

Sir Nicholas Soames, grandson of Winston Churchill and a senior member of One Nation, yesterday attempted to dispel claims that the group was out to scupper Johnson. He told me: ‘We are not a ‘Stop Boris’ campaign group, although I accept it looks like that.’

Indeed, not every agitator against Boris belongs to the grouping. For example, Chancellor Philip Hammond, whose veiled warning that the next Prime Minister ‘will not survive’ if he tried to take Britain out of the EU without a deal, was merely expressing his own Remainerish views.

More worryingly for Team Boris, Hammond suggested that he would support a motion of no confidence against the Government if the next Tory leader pursues a No Deal scenario – even if it triggered a general election. 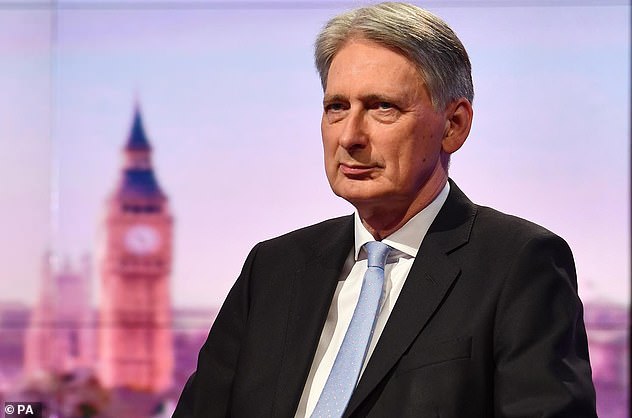 Chancellor of the Exchequer Philip Hammond said on the Andre Marr Show yesterday (pictured) that ‘daring’ Parliament to oppose a no deal Brexit would be a ‘very dangerous strategy’. He also suggested he would support a motion of no confidence against the Government if the next Tory leader pursues a No Deal scenario – even if it triggered a general election

‘He was talking about Boris and was effectively saying he would blow up the entire Government if it’s led by Boris and trigger a general election,’ said the Tory source.

With senior figures in One Nation – including Business Secretary Greg Clark and ministers of state Caroline Nokes and Claire Perry – yet to speak out, Johnson’s campaign is braced for more attacks.

In addition, there’s talk of Sir John Major, the former prime minister, launching his own offensive.

Inevitably, Johnson’s nemesis during the 2016 leadership campaign, Michael Gove, is set to benefit from all this. But even without Sir John’s intervention, Boris’s team is already rattled.

As one Tory MP told me ‘Boris and Michael are at war with each other again. Michael was the victor last time but didn’t get the ultimate prize. Boris is looking for revenge this time and thinks he can win that prize.’