Shadow transport secretary Andy McDonald sparked a furious row today by insisting Labour ‘will not stand in the way’ of a second Scottish independence referendum.

Mr McDonald delivered the message amid claims that Jeremy Corbyn is already plotting to enlist the SNP’s help to get into power if the election produces a hunt Parliament.

Many Labour MPs believe it is impossible for the party to achieve an outright victory in the looming December 12 poll – and the best they can hope for is to deprive Boris Johnson of victory.

But the PM has warned that would mean the Brexit crisis dragging on for years, with Labour promising a second EU referendum. 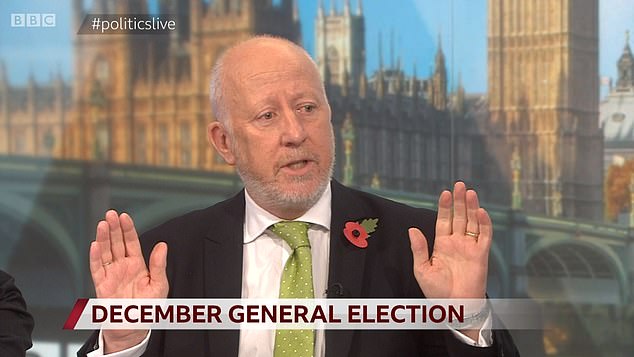 And when Mr McDonald was pressed on the issue, he confirmed that Labour would not block a referendum.

‘We’re not ruling it out. I want Scotland to stay as part of the UK,’ he said.

‘But I want to get a situation where we are in a customs union, we’re in a single market that preserves our ability to trade.

‘And I hope that would go a long way toward satisfying a lot of people’s concerns, making a second independence referendum unnecessary.’

He added: ‘We are not going to stand in the way of a second independence referendum. We don’t want it, we want the UK to sustain.’

The comments prompted glee from the SNP’s Pete Wishart, another guest, who urged Mr McDonald to go and tell his colleagues in Scotland that was the Labour’s official position.

Meanwhile. Nicola Sturgeon has declared a vote for the SNP at the election will be a ‘demand’ for the ‘right to choose our own future’.

On the campaign trail in Stirling, Ms Sturgeon said: ‘It’s the most important election Scotland has had for decades, it will determine the future direction of our country for a long time to come. 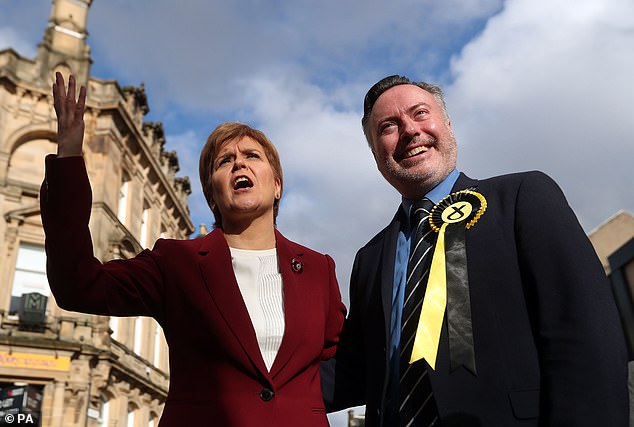 ‘Secondly, a vote for the SNP is a vote to put Scotland’s future into Scotland’s hands and demand the right to choose our own future, not have that determined for us by the likes of Boris Johnson.

‘If we want to build a better, brighter future for Scotland in place of the broken Westminster system, then voting SNP is the way to achieve that.’