But in the social media age, regretful owners have never had an easier – and more dangerous – way of dumping unwanted puppies. 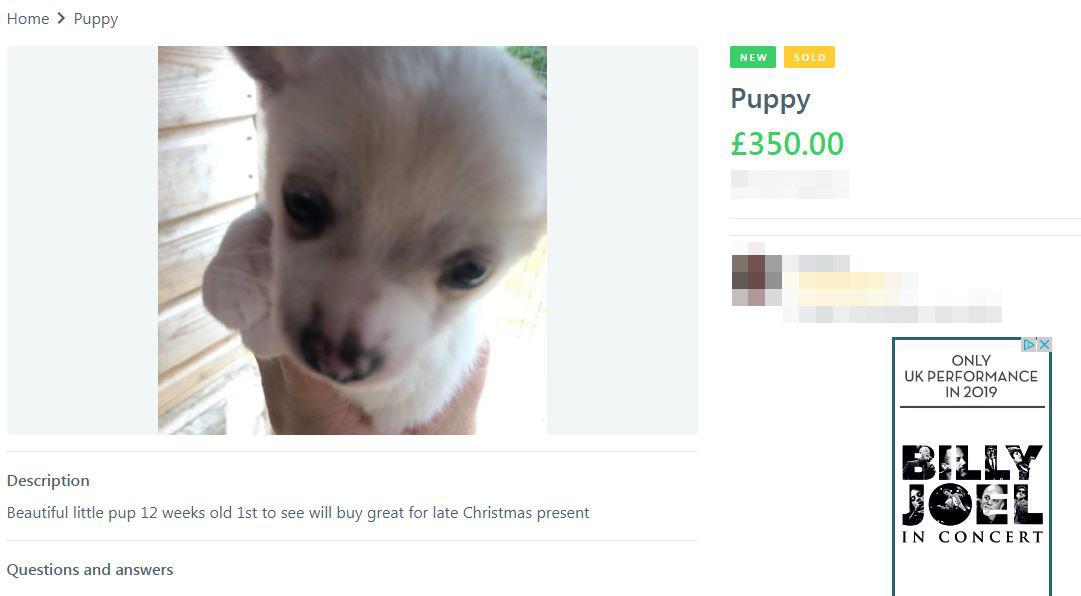 A Sun Online investigation discovered a disturbing number of dogs being sold on local selling apps within hours of Christmas Day.

The findings were today called a 'tragedy' by the RSPCA, who said the practice was unsafe for the animals and any buyers who took them in.

Many owners use apps such as Shpock to get rid of unwanted puppies quickly, with some on sale for more than £1,000.

Although there is nothing illegal about selling dogs in this way, and owners give a variety of reasons, the practice has been condemned by users and animal charities. 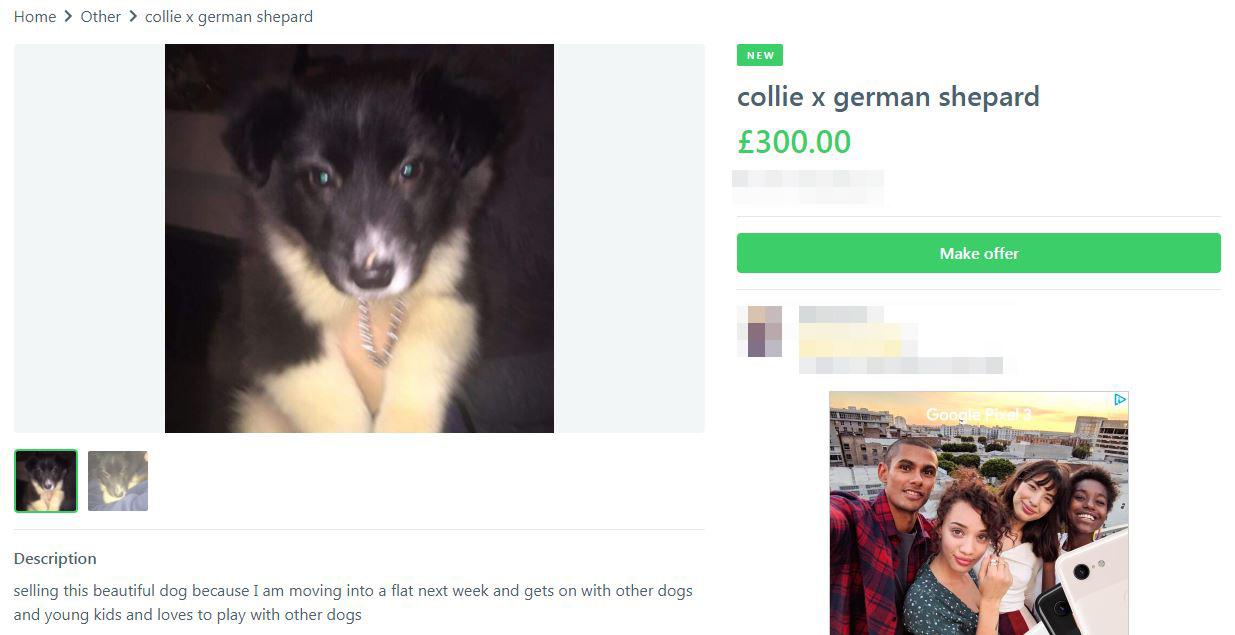 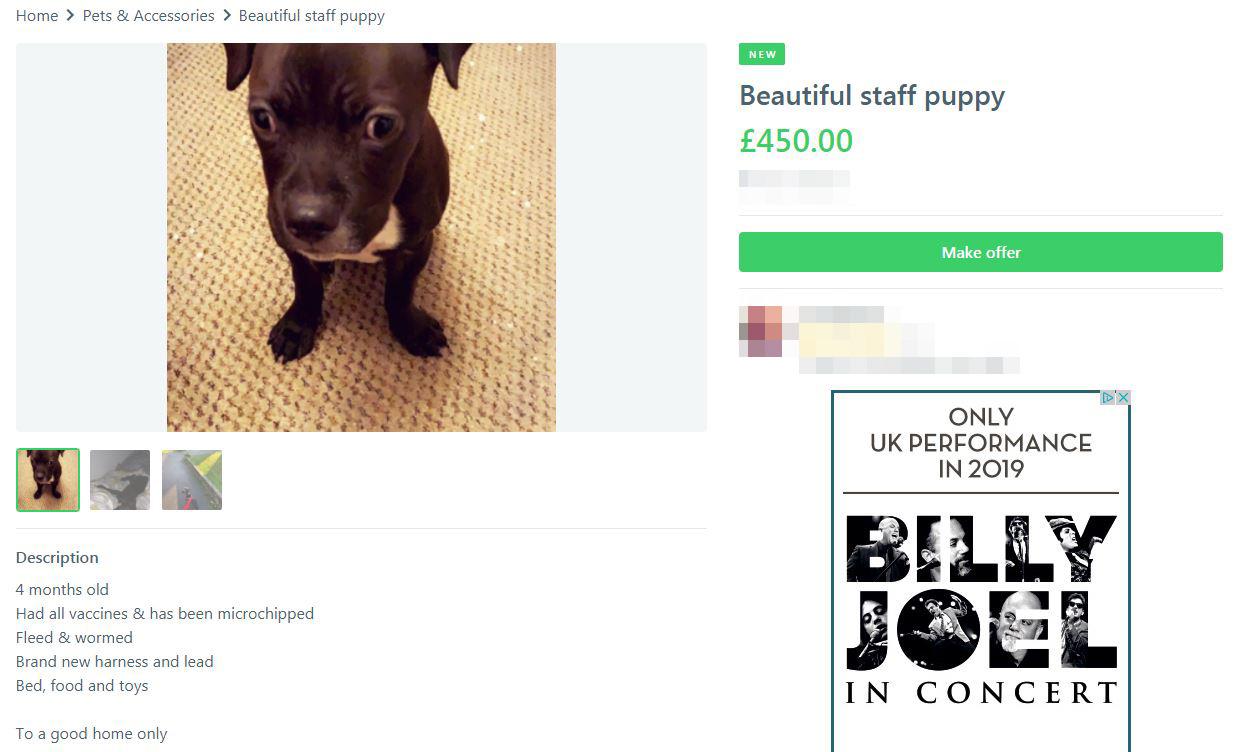 Debbie Carter wrote on Twitter: “I've just been on Shpock for the first time….for sale is a 2 year old beautiful staffy…where will he end up do the owners actually care ?? This just does not feel right….dogs are not disposable….is it time for regulation???”

Sheridan Alcock wrote a tweet directed at Shpock: "Ban the sale of animals for goodness sake. Dogs given for free & nobody cares but us where they go. Your allowing this. How do you sleep at night? It's vile ? Shpock sort it out".

Jo Hall also wrote: "Just looking on shpock for sale site. I can't believe how many people are trying to sell their dogs! Poor things…."

And another Twitter user wrote: "Mum was going to register with shpock today but is fuming to see dogs & other animals on there for sale. Advert says you can make money…" 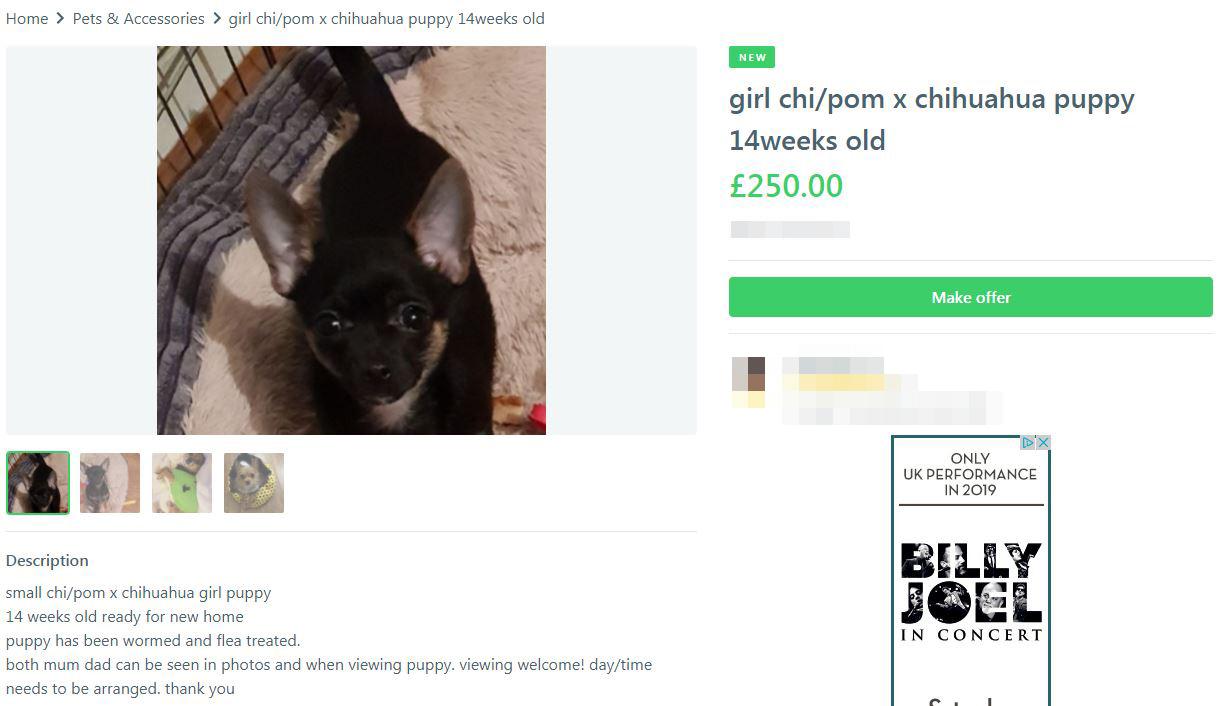 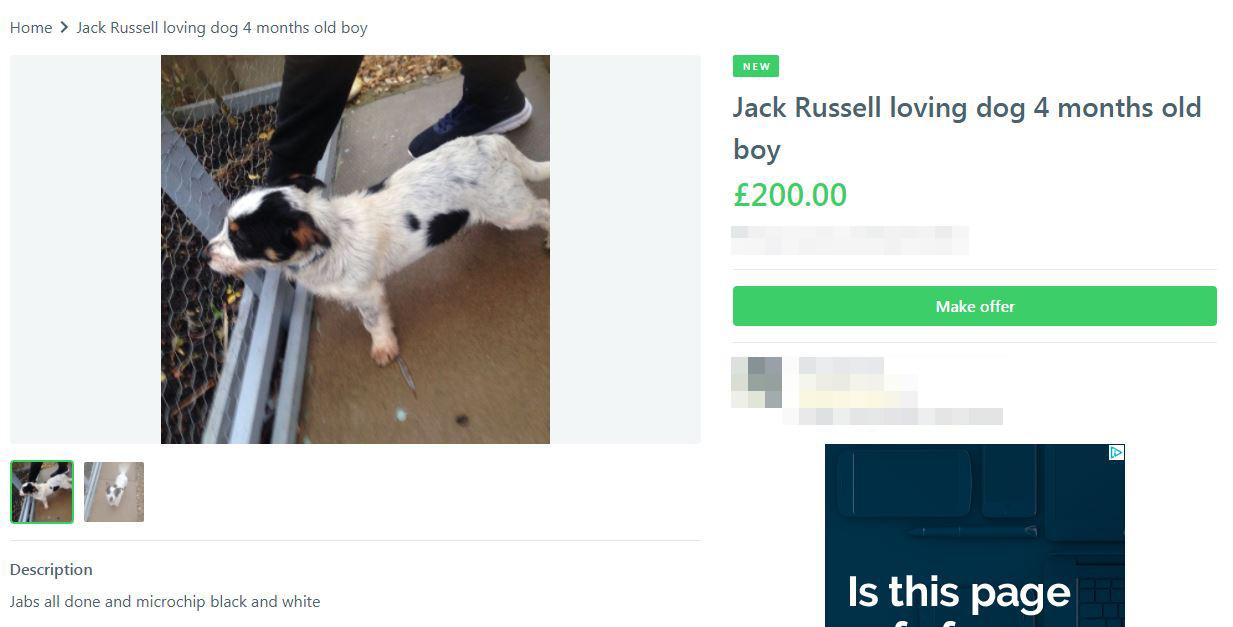 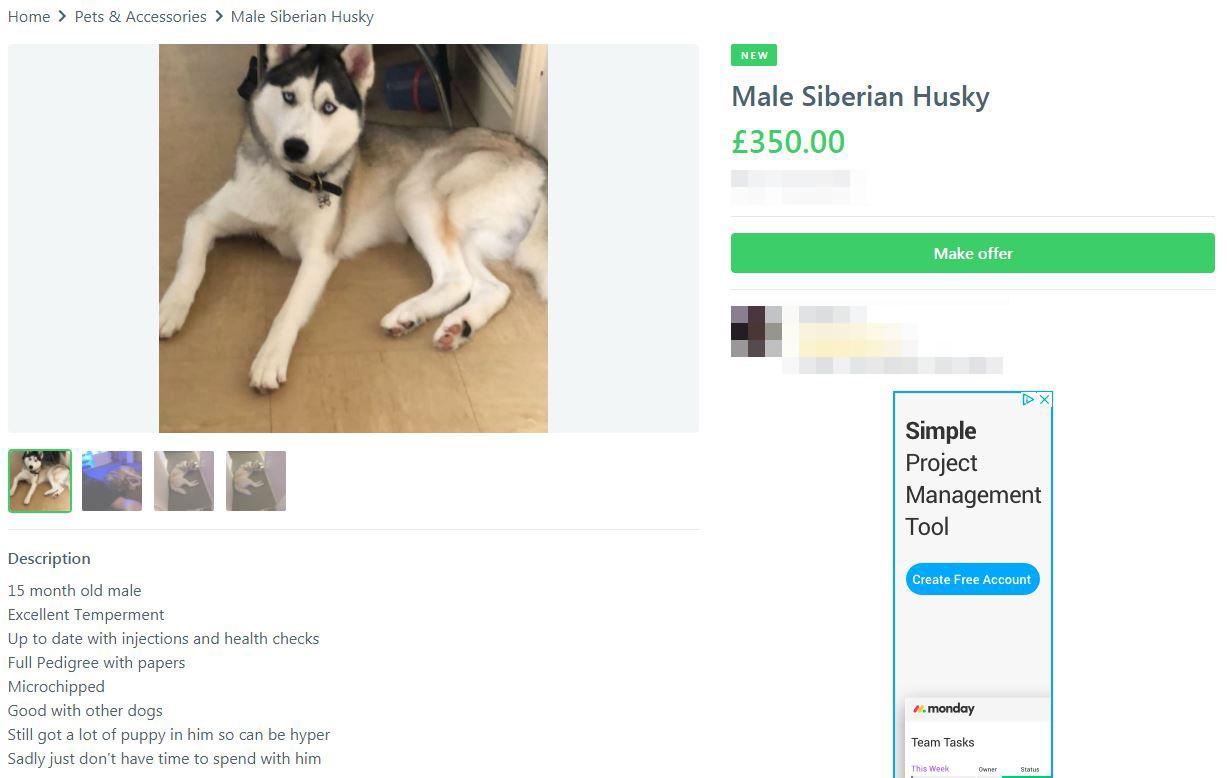 Owners give a number of different reasons for no longer being able to look after a dog.

One man selling his large dog said it was too bouncy for his small children and scared his partner.

Some people said their landlord wouldn’t allow pets in their home. 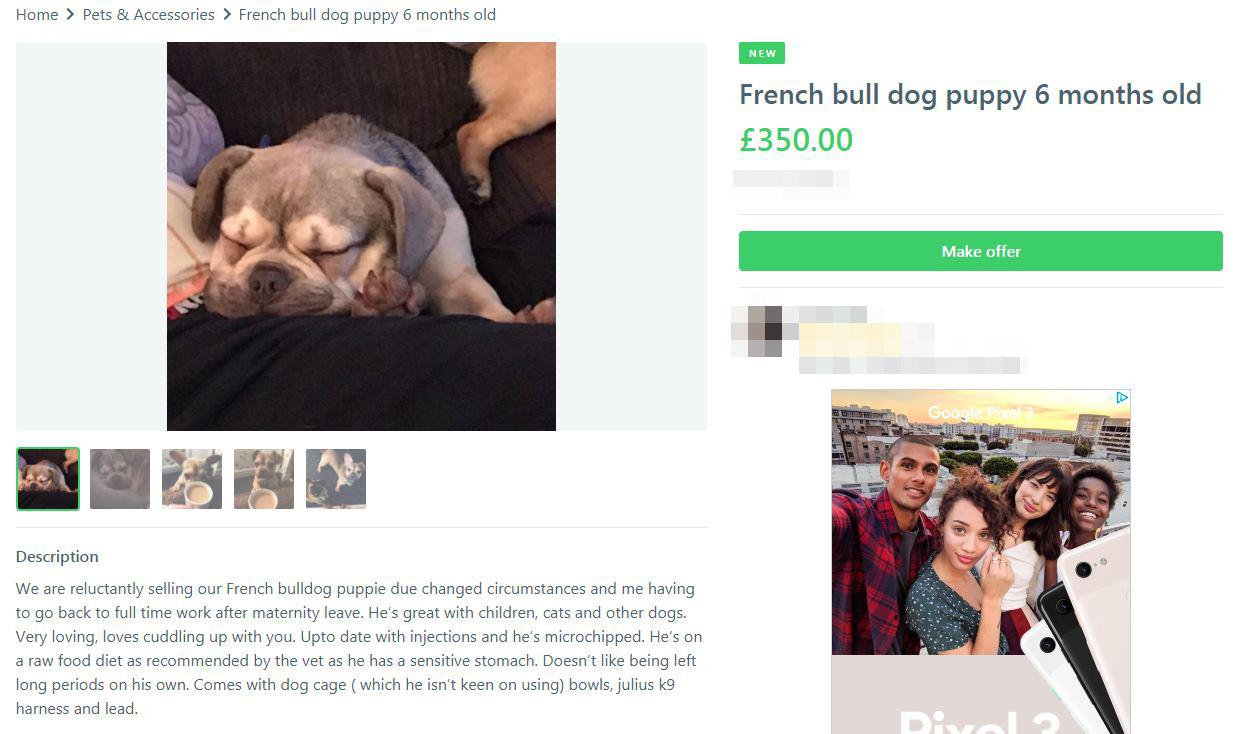 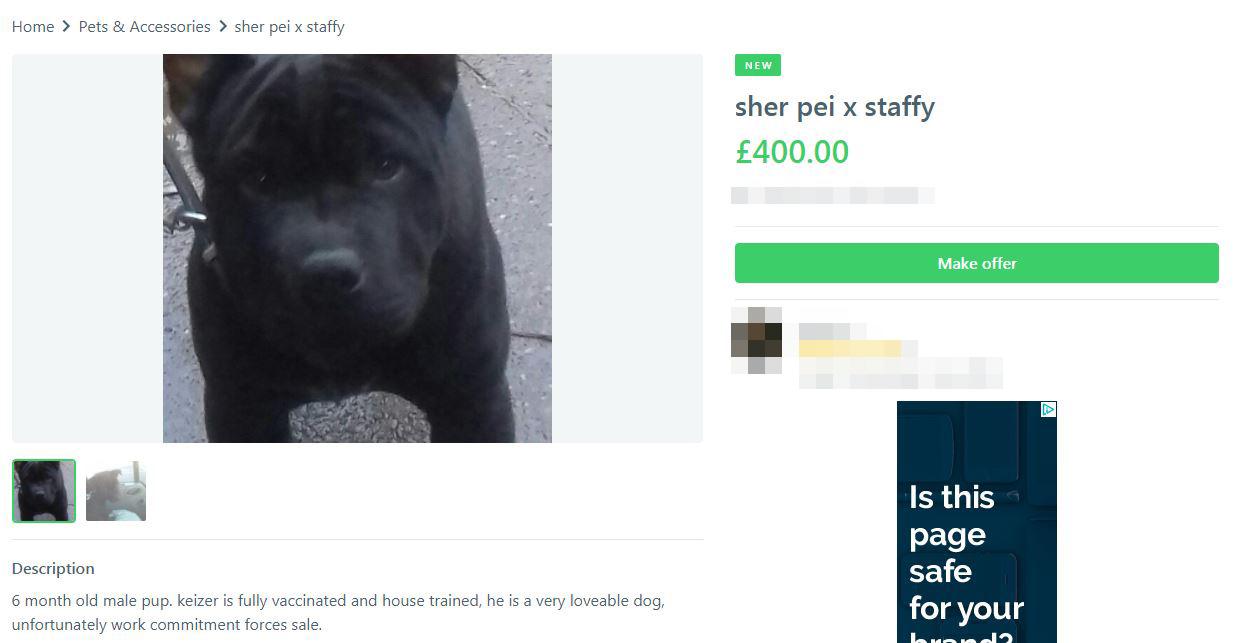 Many cited work commitments, saying changes in work timetable have left them without enough time for a dog.

And some sellers gave no reason at all for wanting to get rid of their new pup. 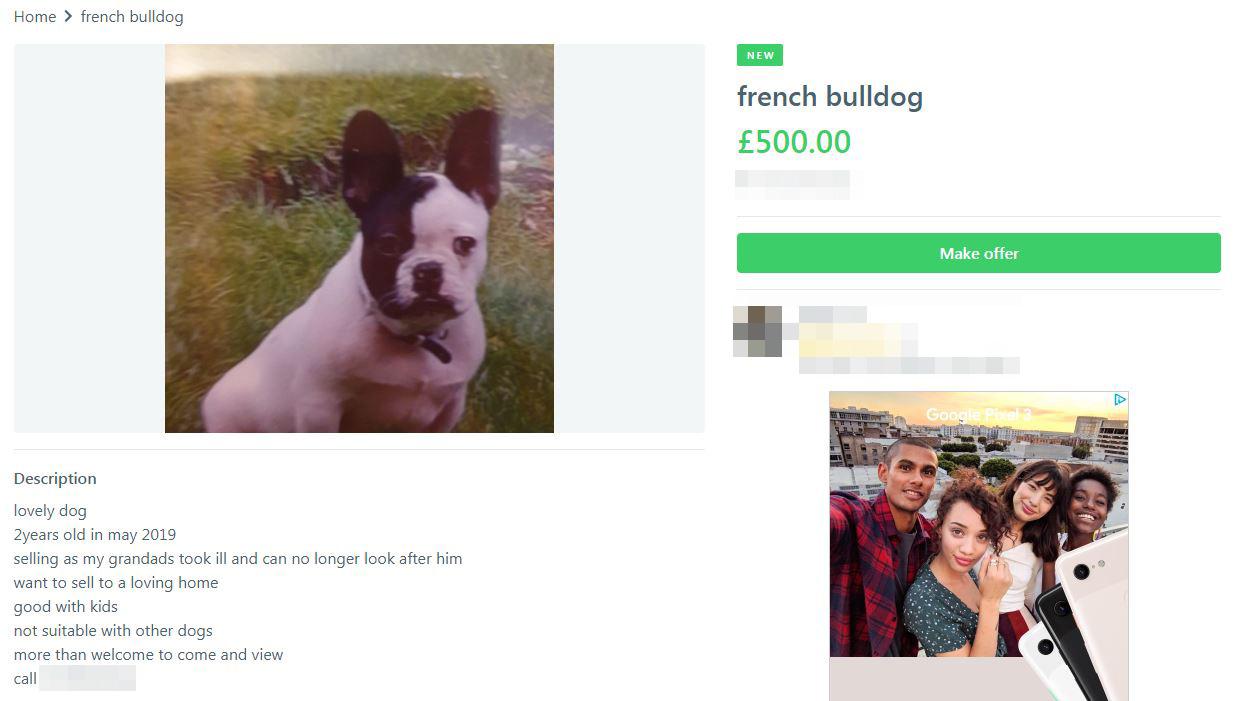 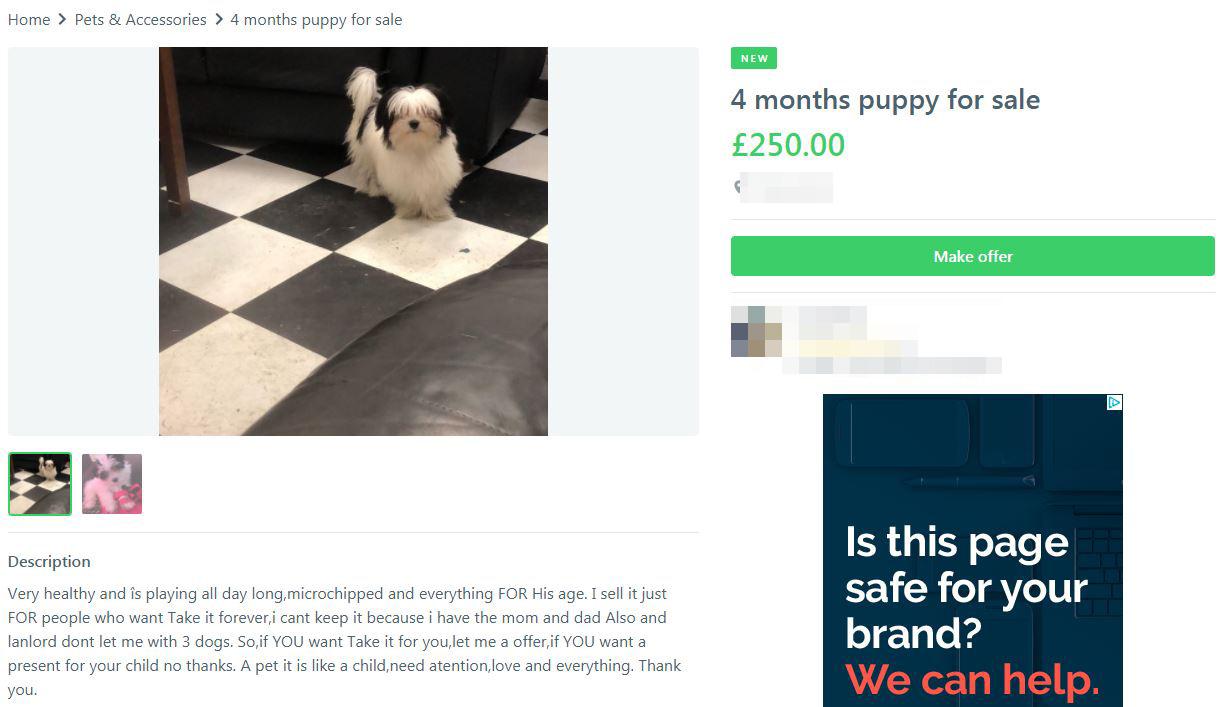 A Dogs Trust spokesperson said: “Our slogan ‘A dog is for life, not just for Christmas’ has never been more relevant as puppies continue to find themselves on gift lists.

"When dogs are bought on a whim they can often end up in the care of rehoming centres like ours.

"By the end of January last year we received 5,000 calls from people wanting to give up their dogs.” 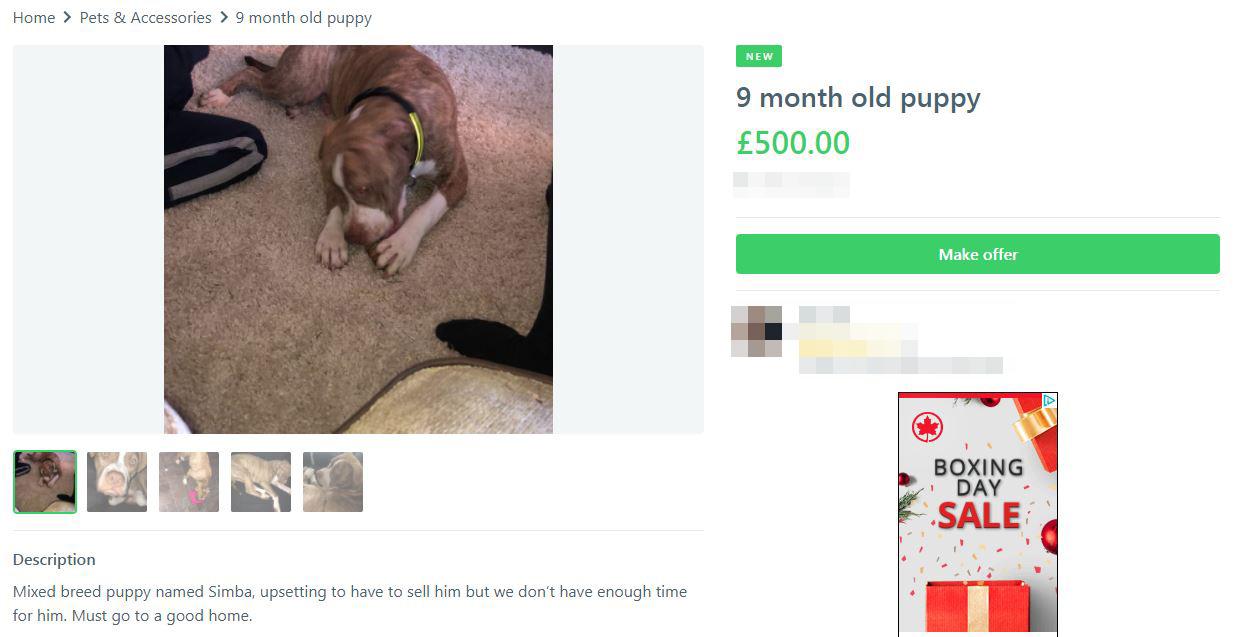 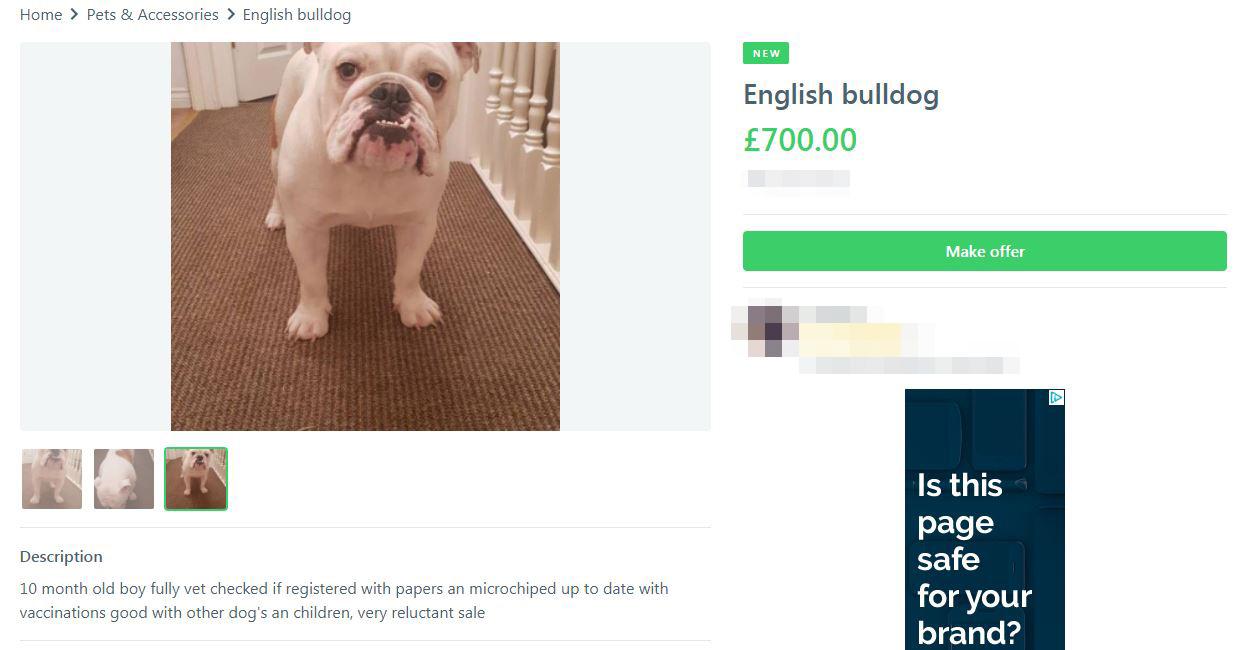 An RSPCA spokesperson said: "Unfortunately, the RSPCA and other charities see the impact all too often of people who have bought pets without properly researching the commitment involved with caring for them first.

"Tragically, many are carelessly abandoned instead, while others are advertised online and on social media with owners offering them 'free to a good home' or trying to cash in on their pet's worth.

"We would always urge people to do their research before taking on a pet but if they find themselves in the position that they can no longer care for them, they should be very careful to take steps to ensure they are going to a safe and happy home."

The Sun Online has reached out to Shpock for comment.