A Sicilian mafia member who confessed to being involved in more than 100 murders – including the killing of a judge – has been released after serving 25 years in jail.

Giovanni Brusca, 64, was arrested in 1996, four years after he detonated a bomb that killed anti-mafia judge Giovanni Falcone, his wife and three policeman in 1992.

The Falcone killing, followed two months later by that of fellow anti-mafia magistrate Paolo Borsellino, was one of the most notorious episodes in Italy’s long and violent struggle against organised crime.

Brusca, known as the “people-slayer”, has confessed his role in more than 100 murders; including the death of 14-year-old Giuseppe Di Matteo, who was killed and dissolved in acid because he was the son of a mafia informant. Although he became an informant while in detention, helping authorities pursue members of the Cosa Nostra – the name by which the Sicilian mafia is known.

Brusca’s release has prompted anger from his victim’s family and friends and politicians across Italy.

“He has collaborated with justice only to get the benefits, it was not a personal, intimate choice,” Rosaria Costa, the widow of a policeman who died in the Falcone bombing, told daily newspaper Corriere della Sera.

Maria Falcone, the sister of the judge, said she was “saddened” by the news but that the law gave Brusca the right to leave prison. 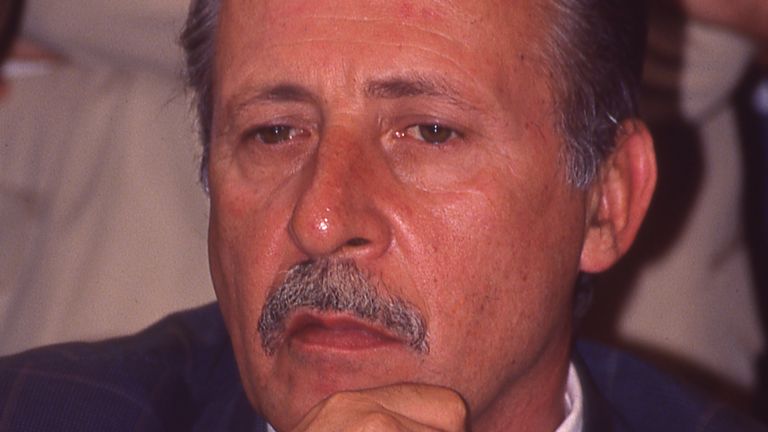 Brusca supplied investigators with information on several deadly Cosa Nostra attacks carried out in the 1980s and 1990s aimed at Italian prosecutors and law enforcement.

Brusca, who had already been granted temporary leave from prison on several occasions, will be on parole for four years, Italian media reported.

“Regardless of what one may think of the atrocities he committed at the time, there was a collaboration… Let us not forget that he gave information on bombings both in Sicily and in mainland Italy”, chief anti-mafia prosecutor, Federico Cafiero De Raho, told Reuters.

“Clearly, the judges believed this was the appropriate jail term,” he added.

“This is not the ‘justice’ that Italians deserve,” said Matteo Salvini, head of the right-wing League which leads in opinion polls.