A plan to auction off a night in Nelson Mandela’s prison cell has been condemned by Robben Island officials who said they had no knowledge of the proposed charity ‘sleepover’.

The online auction, which was being held with the aim of raising funds for a prisoner education programme, had attracted bids of up to $300,000 (£226,880) in just a few days.

However, the Robben Island Museum slammed the initiative, saying it ‘exploits’ the legacy of the late former South African President. 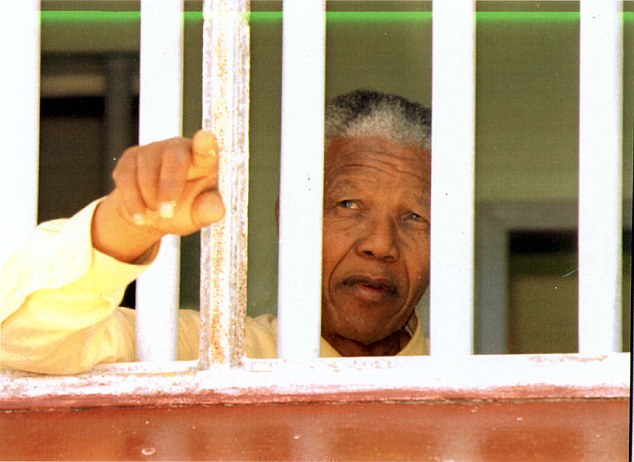 ‘Exploited’: Robben Island Museum has said the auction of a night in the prison cell where Nelson Mandela, seen visiting the cell in 1994,  was held exploited his legacy

The CEO SleepOut charity had said in its advertisement of the auction that it would be held to mark the centenary of Mandela’s birthday on July 18.

They had said the Robben Island event would raise funds for the Prison-to-College Pipeline (P2P), a scheme that began in New York to help prisoners access university-level education.

However, the Robben Island Museum say they had not been told about the event and not given their permission. 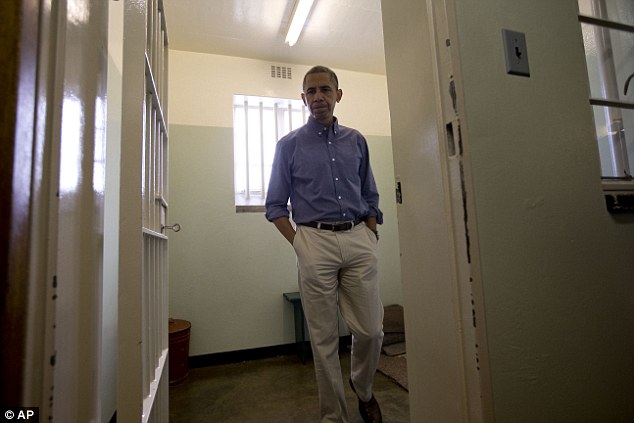 Bids in: The CEO SleepOut charity auction had already attracted bids of up to £226,880 when it was taken down on Thursday. Pictured: Then-President Barack Obama visits the cell in 2013

‘As Robben Island museum, we strongly condemn this auction. We are saddened that Nelson Mandela’s legacy is being exploited in this way,’ spokeswoman for Robben Island Museum Morongoa Ramaboa told AFP.

‘As a world heritage site, we would under no circumstances consider auctioning Madiba’s cell.

‘The preservation of our heritage is non negotiable.’

The Nelson Mandela Foundation distanced itself from the auction, saying it could not be responsible for the use of Mandela’s cell.

The lot has since been removed from the CEO SleepOut website.