Wikileaks boss Assange was detained last week after spending seven years hiding out in the Ecuadorian Embassy in London.

He is now facing an extradition battle amid reported bids from both the US and Sweden.

Assange earned notoriety after exposing US government documents on the wars in Iraq and Afghanistan.

He released hundreds of thousands of classified diplomatic cables.

Now numerous accounts claiming to be linked to the loose group of hacktivists have claimed the attacks will begin today.

Anonymous Twitter accounts are tweeting the words “prepare for chaos” along with #OpUK and #Anonymous.

The group claims it will be targeting websites using the gov.uk domain.

It is threatened that sites will be hit with denial of service attacks and personal information will be leaked.

And other anonymous users have claimed websites from Ecuador have already been taken down, sharing screenshots of their handiwork.

Despite having no known formal leadership, Anoymous hacktivists are united by the use of the symbolic Guy Fawkes mask taken from Alan Moore’s graphic novel V For Vendetta.

Assange himself has worn the mask while attending the Occupy London protests and to give his “last public appearence” before seeking asylum in 2012. 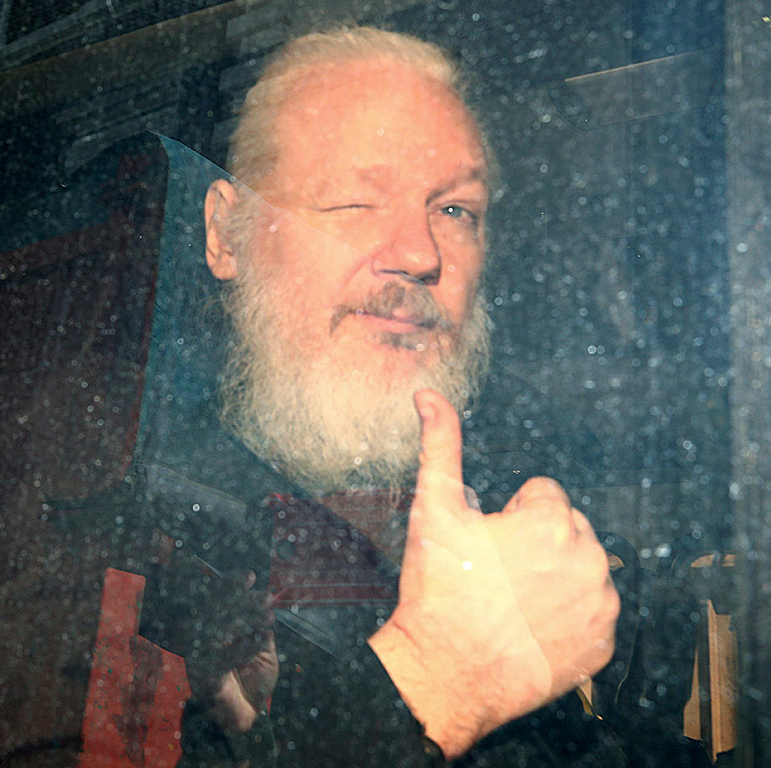 Assange was pulled out of the Ecuadorian Embassy and bundled into a police van last week.

He appeared dishevelled, looking pale and sporting a large beard.

Numerous reports have claimed Assange’s health and behaviour had deteriorated during his stay at the embassy in Knightsbridge.

It is alleged Assange smeared poo on the walls and Ecuador accused him of “repeated violations” of “international conventions and daily-life protocols”. 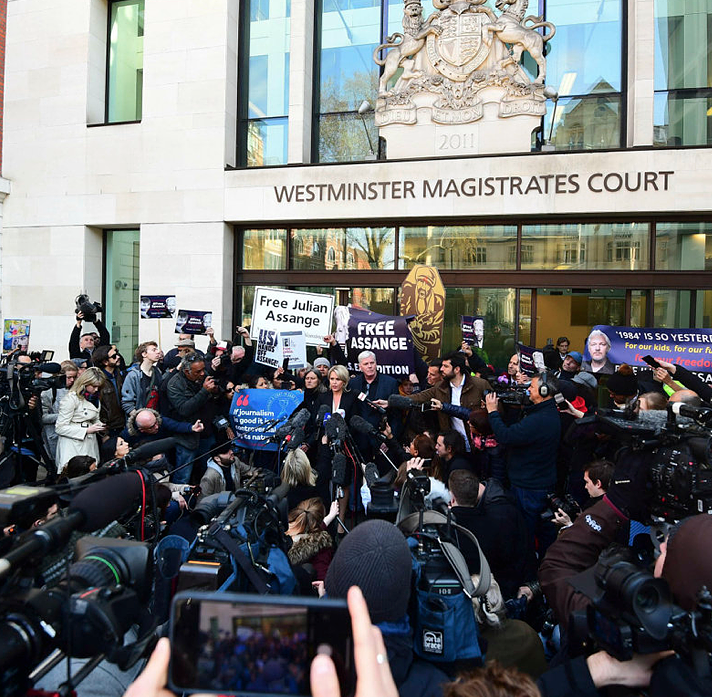 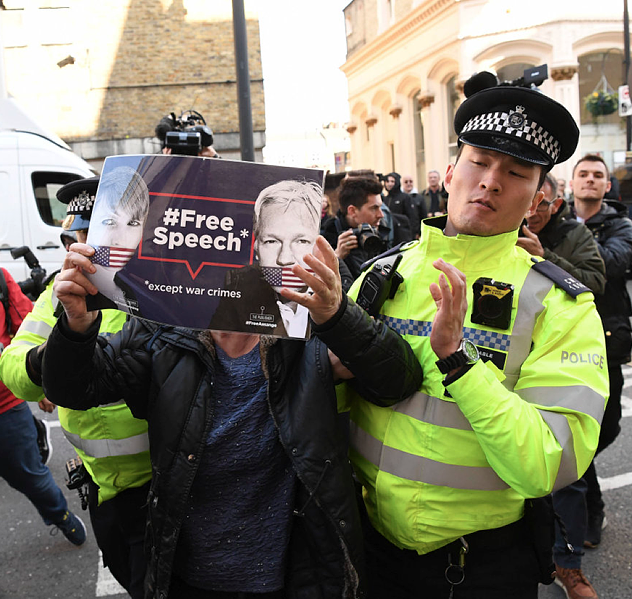 In a threat last week, Anonymous said: “This is a message for the UK government and their cohorts around the world who are working to silence whistleblowers.

“This arrest and the greater persecution of Wikileaks and other whistleblowers sends a clear message that these governments will stop at nothing to maintain their secrecy.”

Assange was arrested for breaching bail when he failed to surrender to an arrest warrant by the Met Police issued in 2012.

Wikileaks’s chief had been wanted for extradition to Sweden to be questioned over allegations of sexual assault – but instead was granted asylum by Ecuador. 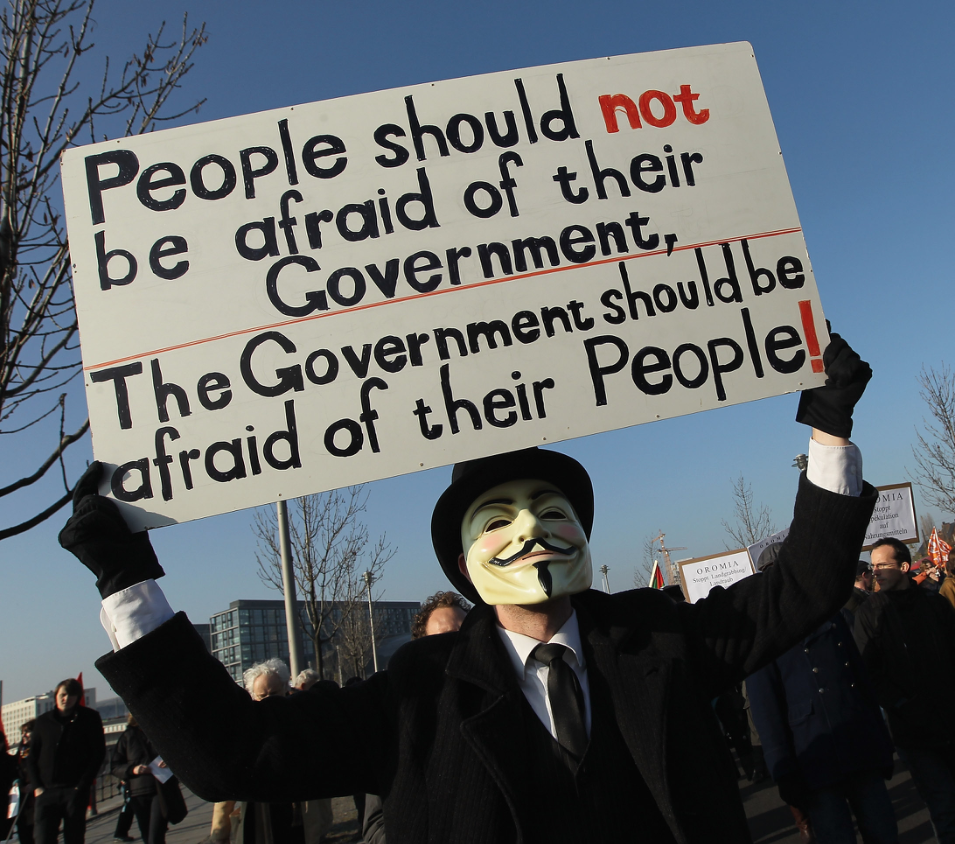 Scotland Yard added however Assange was “further arrested” on behalf of the US.

The US accuses Assange of assisting Chelsea Manning, a former US intelligence analyst, in breaking a password that helped her infiltrate Pentagon computers.

Assange was remanded in custody last week and will next appear at Westminster Magistrates’ Court on May 2 by prison video-link in relation to the extradition.

He is seen as a hero by some for his work, but the UK government has said “no one is above the law”.