It’s one of the most iconic images from World War II: a group of U.S. Marines raising the American flag at the Battle of Iwo Jima.

And now the U.S. Marine Corps admits it has long misidentified one of the service members who took part in the flag-raising – three years after admitting a similar error.

According to NBC News, a team of historians recently determined that one of the Marines in the photo was Cpl. Harold “Pie” Keller, not Pfc. Rene Gagnon, as had long been believed. 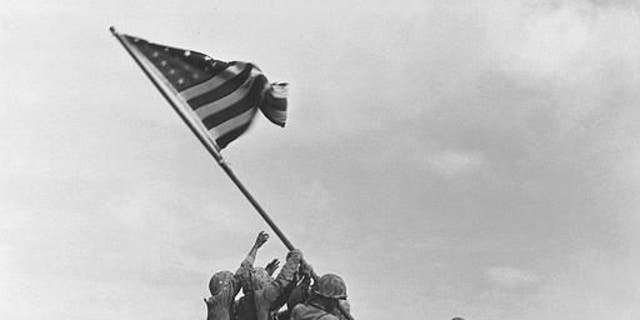 The correction comes three years after a previous inquiry found that another of the flag-raisers was Pfc. Harold Schultz, not Navy hospital corpsman John Bradley, NBC reported.

The image of the Marines raising the flag was captured in 1945 by Associated Press photographer Joe Rosenthal, who won a Pulitzer Prize for the shot. It was later the inspiration for the U.S. Marine Corps War Memorial statue in Arlington County, Va., which was dedicated in 1954.

According to NBC, the latest correction to the list of flag-raising Marines resulted from a review by historians Stephen Foley, Dustin Spence and Brent Westmeyer, whose work was validated by investigators from the Marine Corps and the FBI.

"Without the initiative and contributions of both private historians devoted to preservation of our history and the FBI’s Digital Evidence Laboratory, the Marine Corps would not have this opportunity to expand on the historical record of the second flag raising on Mount Suribachi," the Marine Corps said in a statement, according to NBC.

With the recent correction, the list of six Marines in the iconic photo now includes Ira Hayes, Harold Schultz, Michael Strank, Harold “Pie” Keller and Harlen Block, according to NBC.

But the Marine Corps added that, in a sense, it doesn’t matter which Marines were in the photo, because the image represents the hard work, determination and sacrifice of all who served.

"Regardless of who was in the photograph, each and every Marine who set foot on Iwo Jima, or supported the effort from the sea and air around the island is, and always will be, a part of our Corps’ cherished history," the Marines' statement read. "In the words of General David H. Berger, Commandant of the Marine Corps, 'they are all heroes.'”