Anthony Quinn Warner: What to know about the Nashville bombing suspect

Investigators said they used DNA to identify human remains found at the scene to be that of 63-year-old Warner. The FBI said they also matched the RV’s vehicle identification number to a registration belonging to Warner.

Warner is believed to have acted alone, but authorities have yet to determine a motive. He was not known to law enforcement prior to the Christmas blast. 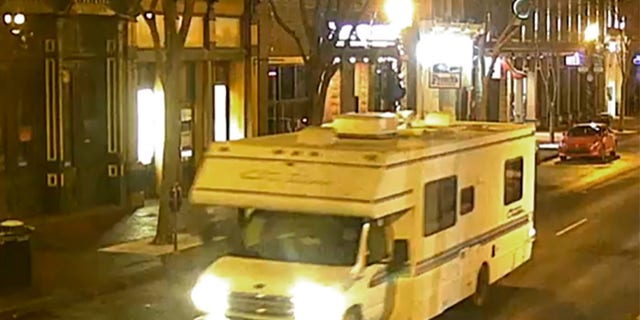 The explosion rocked Nashville early Christmas morning, well before downtown streets were bustling with activity and was accompanied by a recorded announcement warning anyone nearby that a bomb would soon detonate.

Sources say Warner was a computer consultant who worked as an independent contractor for Fridrich & Clark Realty, a Nashville-based real estate firm.

Fridrich and Clark’s president Steve Fridrich told Fox News that Warner was never an employee at the company but occasionally serviced its computers. Fridrich said that Warner announced his retirement earlier this month and has had no further contact with the company since that time.

"Upon learning that Tony is a suspect in the bombing on 2nd Avenue on Christmas morning, Fridrich & Clark notified the authorities that he had provided IT services to our firm," the company said. "The Tony Warner we knew is a nice person who never exhibited any behavior which was less than professional."

The blast damaged an AT&T building and has continued to wreak havoc on cellphone service and police and hospital communications in several Southern states as the company worked to restore service.

A source close to the investigation told WSMV, Nashville’s NBC affiliated TV station, that agents were probing whether Warner was paranoid about 5G technology supposedly being used to spy on Americans.

County records unearthed Sunday showed that Warner had transferred two Nashville area homes in the last two years to a 29-year-old Los Angeles entertainment executive, but their relationship was not immediately clear. The executive, Michelle Swing, has not publicly stated whether she knew Warner and has denied knowledge about the two homes.