ALGIERS (Reuters) – One of President Abdelaziz Bouteflika’s few remaining allies in the face of mass protests, tycoon Ali Haddad, is facing pressure to quit as head of Algeria’s main business association, a move that would further weaken the embattled head of state. 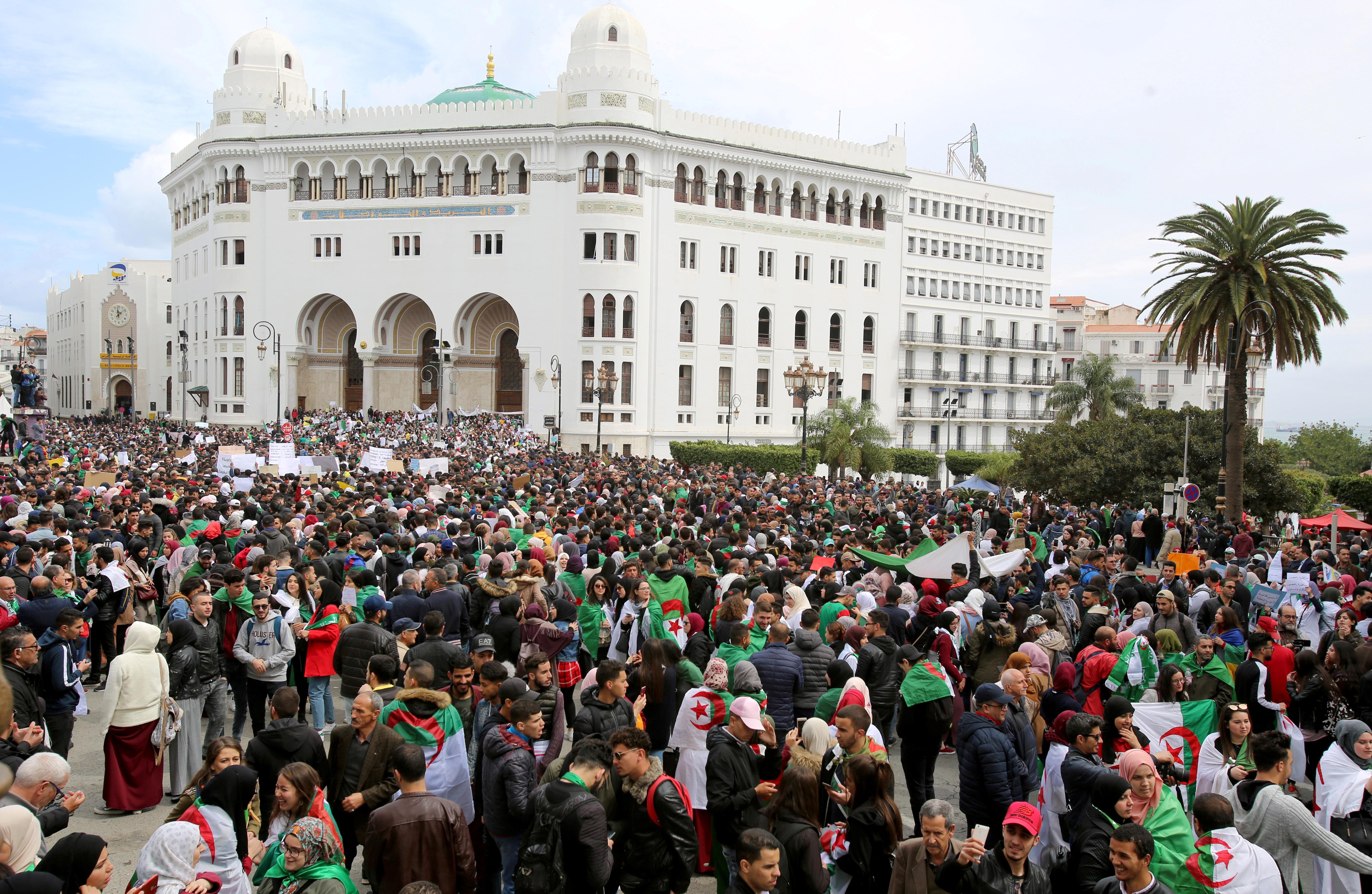 Bouteflika’s long-time strategic partners, from members of the governing FLN party to trade unionists, have abandoned the president, peeling away layers of his ruling elite.

The 82-year-old president also relied on influential figures like Ali Haddad, who has made billions through public works projects awarded by the government and investments in the media.

He also funded Bouteflika’s election campaigns and heads the FCE, a top business association whose leaders have been long-time supporters of the president.

But since the protests began on Feb. 22, the forum for entrepreneurs has been hit by a series of resignations from members who have turned their backs on Bouteflika.

“Voices inside the FCE exist and they have publicly called for an extraordinary General Assembly to replace Ali Haddad,” said Laid Benamor, former vice president of the organization, who resigned from it after the demonstrations began.

“He is today associated with cronyism and favors. The union must return to its original purpose, an apolitical economic space, to regain credibility.”

A second businessman, Ourahmoune Nabil, described Haddad as one of the symbols of Bouteflika’s system of rule and added that he must go, echoing public sentiment.

“There won’t be a real change if Bouteflika leaves and Haddad stays,” he said.

Bouteflika, 82, rarely seen in public since suffering a stroke five years ago, bowed to the protesters last week by reversing plans to stand for a fifth term. But he stopped short of quitting and said he would stay on until a new constitution is adopted, effectively extending his present term.

His move failed to appease Algerians, who want veterans of the 1954-62 independence war against France who dominate the establishment to quit so a new generation of leaders can take over and begin to create jobs, fight corruption and introduce greater freedoms.

Hundreds of thousands of Algerians have taken to the streets since peaceful protests erupted a month ago.

“The Bouteflika camp have not made a serious concession. They are seeking to extend Bouteflika’s term indefinitely. This has gone down like lead,” said Hugh Roberts, a professor of North African and Middle Eastern History at Tufts University.

Even if Bouteflika exits, a new crisis could erupt in Algeria, a major oil and gas producer. There is no clear successor with the backing of the army and under the age of 70.

The key measure of real change will be to what extent the old, stagnant political system will be dismantled. Protesters insist on a clean break from the past.

Bouteflika and his inner circle have built a secretive network of power over the years that includes the military.

On Wednesday, the FLN sided with protesters after a meeting of its top officials, state news agency APS said. It quoted Bouchareb as saying the “FLN fully supports the popular protest movement.”

The generals have intervened at times in the past, including cancelling an election in 1992 that Islamists were poised to win, triggering years of civil war that killed up to 200,000 people.

Many Algerians are haunted by the conflict, which ravaged the North African country in the 1990s, and want to avoid bloodshed.

“For as long as things remain peaceful the army will probably hold back for a while. It is taking up a watching stance,” said Roberts.

“It is quite possible there is a serious debate going on within the highest echelon of the army. In a sense that has to be resolved before the army can act decisively.”

Radical Islamists are unlikely to play any role if Bouteflika is forced out because they army would not tolerate it. But moderate Islamists could be part of a new political landscape.

While Bouteflika has been an astute political survivor over the years, wresting power from security service power brokers, he is now politically weaker by the day, as allies abandon him.