Andrea Zurcher is an elected member of Alternative for Germany (AfD) and has been fighting against her local clinic for ripping up her healthcare contract. She claims her doctor opposed her and her party’s views – which are the third biggest in the Bundestag – because of “moral reasons”. The decision breaks German law and healthcare insurer rules and joins a long list of discrimination examples against the AfD who oppose the European Union.

Speaking to Russia Today, Andrea Zurcher said: “Due to chronic illness, I had to visit my family doctor who I had been seen for the past two years.

“The conversation went relatively well and then my doctor told me that he would like to terminate the healthcare contract.

“I was horrified and asked him why, he replied that he had learned from the media that I was a member of Alternative for Germany and that I had been elected to the Bundestag from the electoral district.

“So for moral reasons he could no longer continue my treatment. 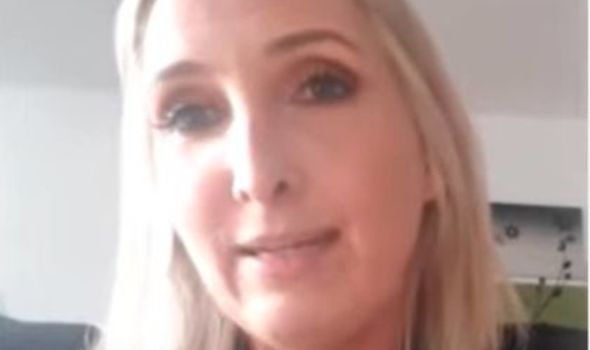 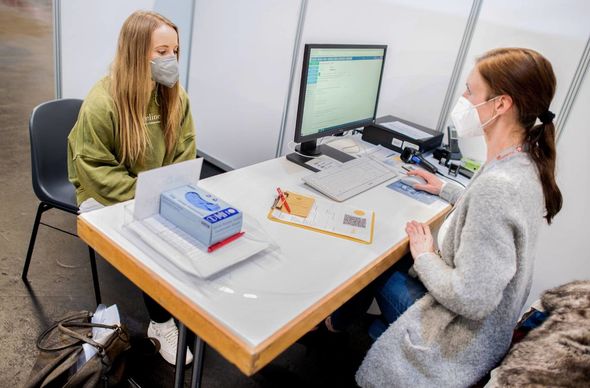 “Then I asked if I fainted, what would you do? He replied that he would have to help me as a medical emergency case.

“And then I said that if he was alone in the room he could just close the door and during the resuscitation, he could press only every ten seconds.”

While the clinic has yet to comment on the incident, the insurance company who provides the healthcare said “it expects patients to get the very best possible treatment, regardless of their beliefs”.

Vaccine issues in Germany blamed on EU by Helen Dale 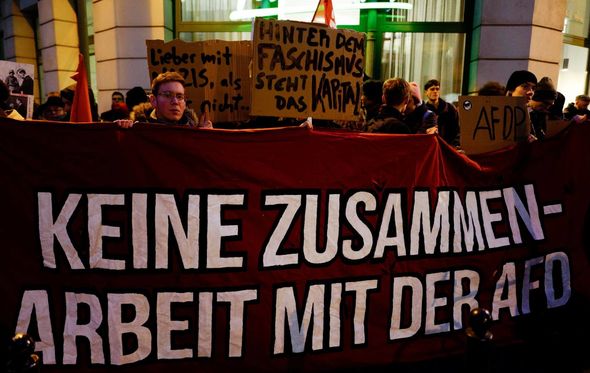 In Germany, universal healthcare is provided through a mix of taxation and private healthcare providers and insurers.

The AfD has faced criticism for their right-wing views on immigration and Europe.

Ms Zurcher continues: “I represent the position of AfD and I do not adhere to right-wing radical views.

“In the AfD, I feel a liberal and conservative niche so there was no reason to attack me personally or to deny further medical attention. 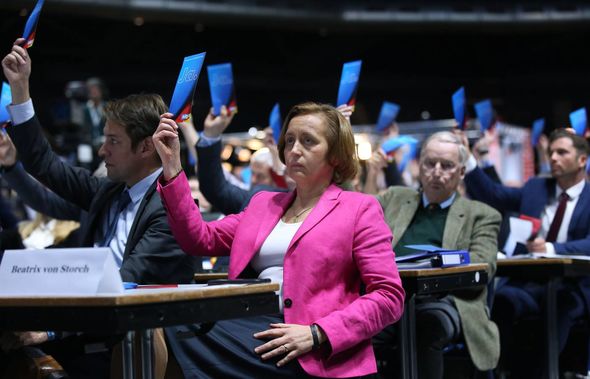 “I consider this to be absolutely arbitrary and cannot understand it.

“I actually sent a statement to the police and with my lawyer, we filed a complaint with the physicians’ chamber and I sent a copy to AOK  (German healthcare provider) because this doctor works on the contract that that insurance company.

“According to their rules, such actions are prohibited since he’s providing services under a health insurance policy.

“So I decided to fight it, and my fight continues.”

In 2019, an AfD MP was beaten unconscious in the street and last year the party leader’s car was set alight.

It was found that the AfD party suffers the most attacks out of any other German party with 694 recorded incidents in 2020 with the Green party coming in second with 206.

Germany has recently bumped heads with Brussels over their border restrictions with the EU Commission threatening legal action against the state.

They have until next week to come up with a good reason for the rules or face having to lift them.