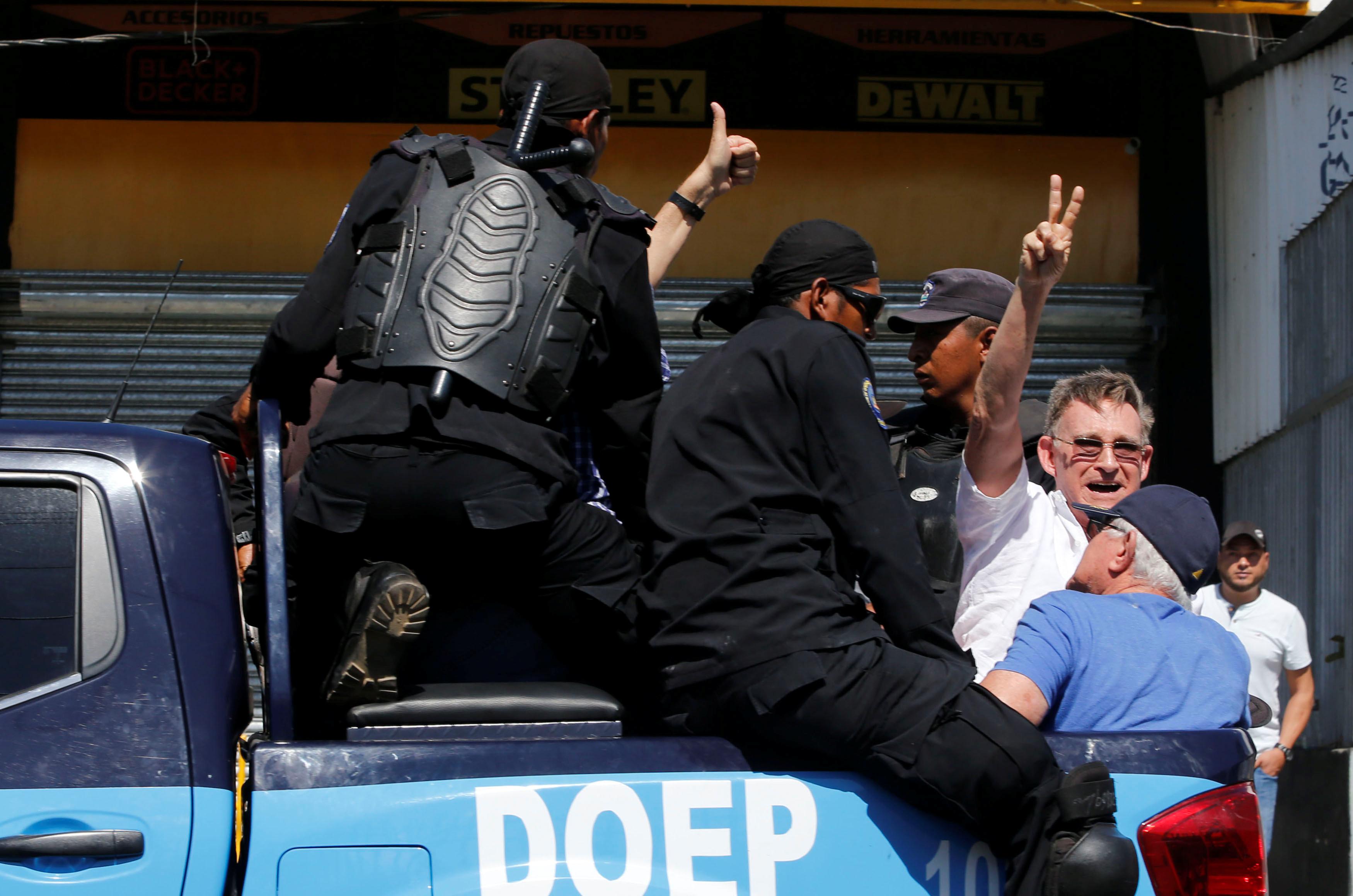 MANAGUA (Reuters) – Protesters targeting Nicaraguan President Daniel Ortega took to the streets on Saturday, demanding the release of all political prisoners and turning up the heat on the political crisis that has consumed the country since last year.

Protest organizers and witnesses told Reuters that some protesters who gathered at various points in Managua, the capital, were beaten by police, who since November have enforced a ban on street protests. Videos circulating on social media from the protests also showed police hitting civilians.

The national police defended the arrest of 107 protesters in a statement issued late Saturday, arguing that those detained participated in protests that “were not authorized and that interrupted public order and local business.”

But the statement went on to note that all those arrested on Saturday were being released following a request from a Vatican representative in Nicaragua.

Protests in the Central American nation first erupted in April when Ortega’s leftist government moved to reduce welfare benefits, but since then have escalated into broader opposition to Ortega, a Cold War-era former Marxist guerilla leader who has been in office since 2007.

Since April, more than 320 people have been killed and some 600 others that the opposition describes as political prisoners remain detained, according to figures from human rights groups.

Government officials released a group of 50 prisoners on Friday following demands by the opposition for more detainees to be freed before the political talks could continue.

The government released 100 others in late February when it launched a political dialogue with the opposition.

Last month, Ortega said he was willing to reform state institutions ahead of presidential elections in 2021.