An outspokenly anti-LGBT politician has raised eyebrows after a semi-naked man appeared behind him during a Zoom call.

Only the top of his head is visible as a topless man peers at the screen over his shoulder.

A parliamentary chairman suggested the man was likely a relative assisting the MP with computer troubles. 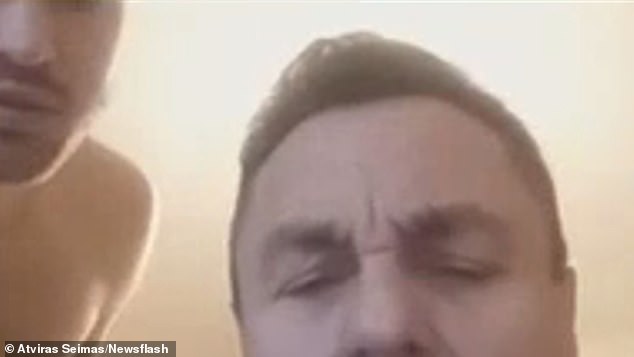 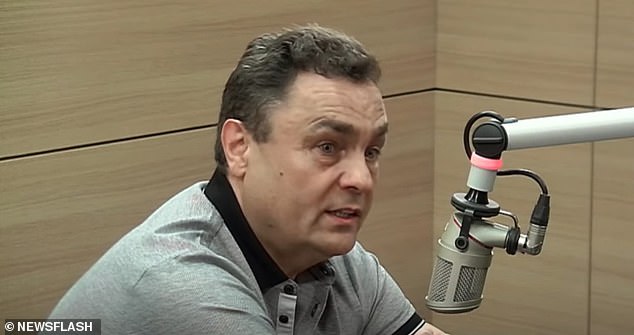 Grazulis is perhaps Lithuania’s most outspokenly anti-LGBT politician. He has frequently equated homosexuality with paedophilia and protested Pride marches

Grazulis – who is known for anti-LGBT rhetoric and rallies – was attending an official meeting from home due to the coronavirus pandemic when the man joined him onscreen.

The pair can be seen staring curiously at the screen for mere moments before it quickly cuts back to the on-screen document.

Some rummaging and a squeaking noise is heard in the background when the video switches back to the document.

The Zoom meeting was broadcast live on the parliament’s website, according to local newspaper LRT, then quickly spread online.

Local media pointed out the potential irony of Grazulis – who has protested Pride events in the Lithuanian capital Vilnius – appearing next to a topless man.

Chairman of the parliamentary committee Vytautas Juozapaitis, who was also on the Zoom call, said that such meetings are risky when other people are around because sensitive official information may be discussed in the meetings, according to LRT.

‘It’s probably the responsibility of every member of parliament to ensure that no other people appear in their home environment..’

‘It’s a question of why are they half-naked during working hours. Of course, you could say it’s a person’s private life, but he is connected to a Seimas (parliament) meeting.’

The chairman went on to say that the most likely explanation is that the half-naked man was a family member who was helping the MP with his computer as he was suffering technical problems.

Grazulis initially reacted angrily to the incident, according to local news website 15min, before explaining that the man was his son who was helping him with a computer issue.

However the MP then changed his story, claiming that the man next to him in the Zoom call was in fact Andrius Tapinas, a journalist who he claimed had been ‘persecuting him for a long time’.

The man in the video bears no resemblance to the journalist but Grazulis insisted it was him, suggesting that he had changed his appearance or somehow altered the video to appear in it.

‘He’s haunting me everywhere, it’s no wonder that he got here,’ Grazulis said.

The incident is attracting huge attention nationally because Grazulis is perhaps the country’s most outspokenly anti-LGBT politician.

He has regularly equated homosexuality with paedophilia and once proposed a bill to prevent anyone ‘promoting’ homosexuality to minors, according to Pink News.

In 2012 he suggested that all gay people leave Lithuania and a year later sent a pair of men’s trousers with a zip up the seat to a local LGBT group as a ‘present’.

Jozef Szajer, a 59-year-old married father-of-one and founding member of Hungary’s far-right Fidesz party, was caught on Friday attending a sex party before shinning down a drainpipe in a failed escape attempt. 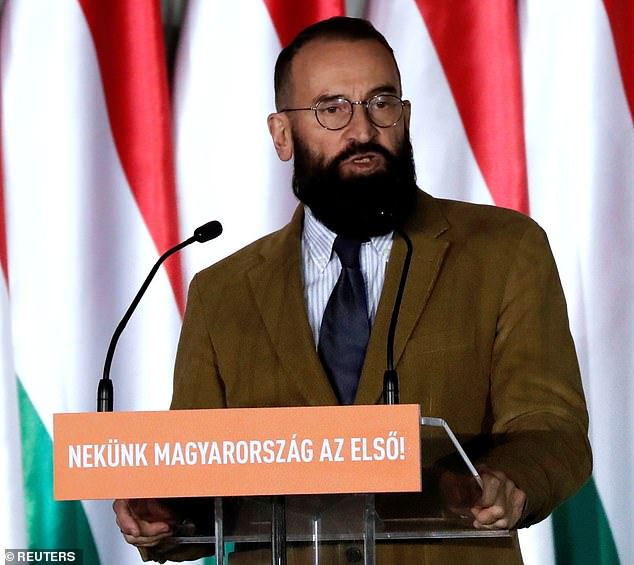