Qatar says it is the target of a smear campaign after British newspaper reveals woman offered cash to people to protest. 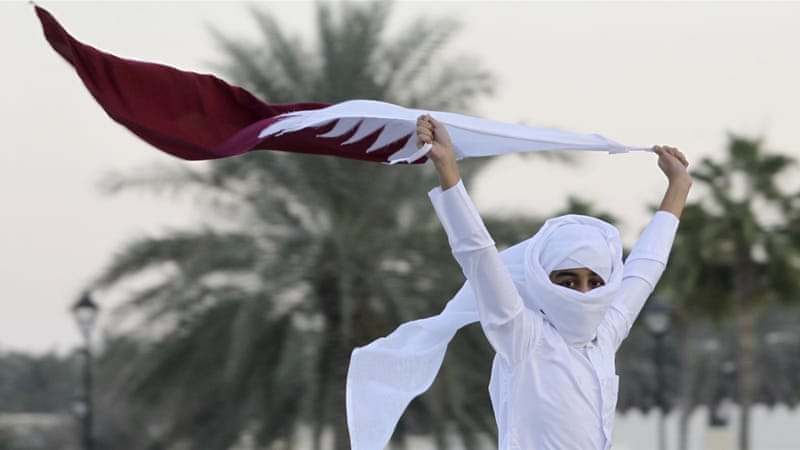 People were paid to demonstrate against Qatar in a “fake protest” outside the UN headquarters in New York City, according to a report by the Independent newspaper.

The British daily spoke to a woman who said she responded to a Facebook advert asking locals to gather outside the building in Manhattan in September last year.

While there was no mention the demonstration would be against Qatar in the post, when she arrived she was handed $100 and an anti-Qatar flag.

The woman, who asked to remain anonymous, handed the money and the flag back upon realising the nature of the protest.

“I came home from the event, distraught and soaking wet from the rain they had us waiting in,” she was quoted as saying.

The news outlet said it obtained Facebook messages sent by the organiser of the protest, who went by the name Nezha Tagmouti.

Part of the message reads: “I am organising an event which is to promote peace in the world … I need extras of people who will just listen to the speech applaud and have the flags of all the countries around the world. These extras are paid $100 each.”

Al Jazeera could not immediately verify the reports, as Tagmouti’s Facebook and Instagram pages were taken down since the Independent report was published.

Qatar dismissed the protests as part of an “international smear campaign”.

It is not known who Tagmouti worked for and who commissioned the protests, but Emirati news outlets have previously reported on small anti-Qatar protests.

The July 2018 anti-Qatar protest in London, which was covered by Emirati newspaper the National, faced similar cash-for-protest allegations.

An earlier anti-Qatar protest in the German city of Hamburg was also dogged by allegations of paying demonstrators, and was also picked up by Emirati news outlets.

Qatar has been the target of a land, sea, and air blockade since June 2017 imposed by Saudi Arabia, Bahrain, the UAE, and Egypt.

The quartet cut off ties with Doha, accusing it of supporting terrorism and opposition groups they had proscribed. Qatar vehemently denies the accusations.