ANKARA (Reuters) – Electoral officials ordered a second recount of votes in an east Istanbul district on Monday, after two weeks of appeals by President Tayyip Erdogan’s AK Party against results showing it had narrowly lost control of Turkey’s largest city. 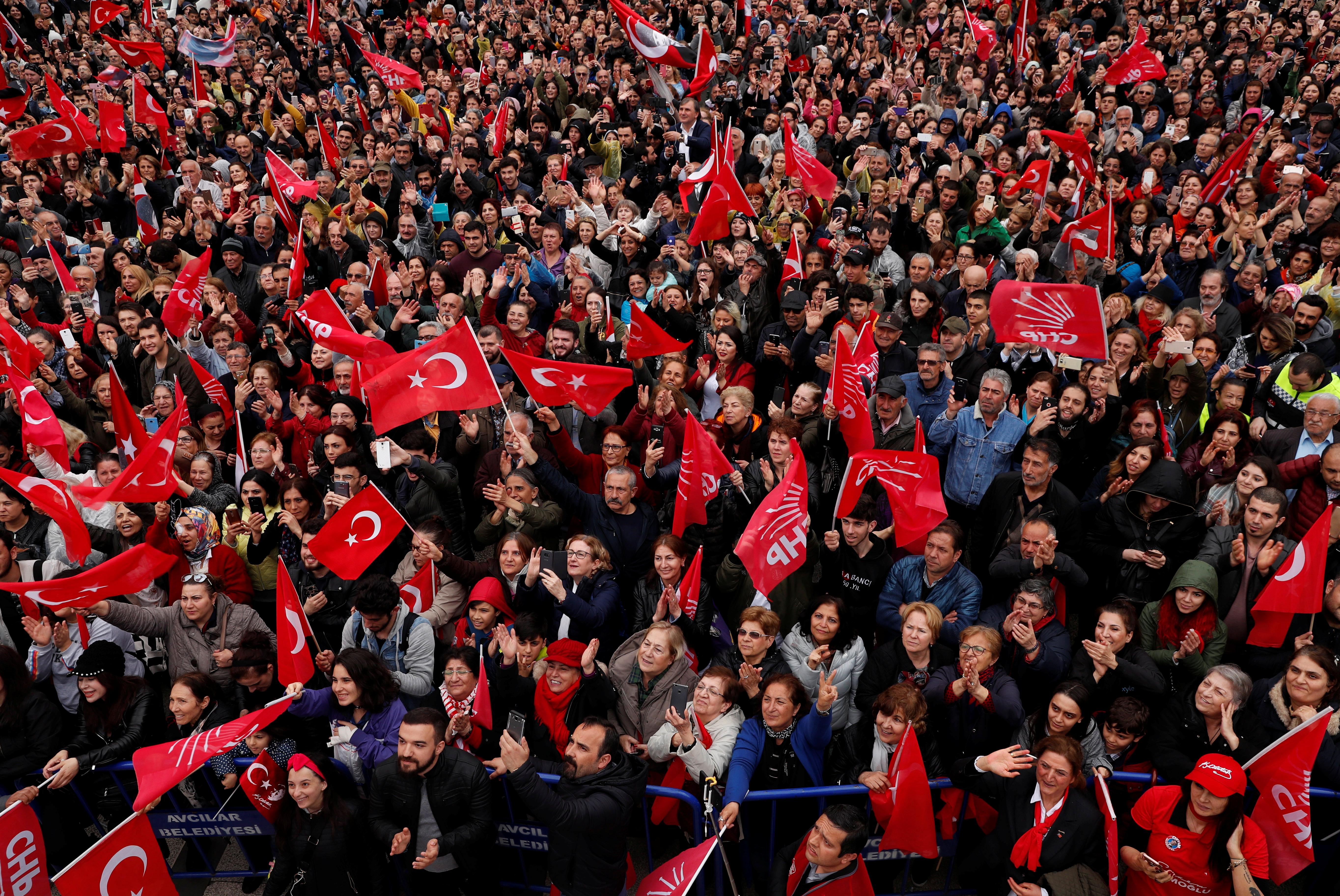 Repeated AKP challenges to the initial results have led to growing frustration among supporters of the main opposition CHP, which spilled over onto the soccer terraces at the weekend when Istanbul’s top teams played two derby matches.

“Give the mandate, give Imamoglu the mandate now,” fans of Besiktas and Fenerbahce chanted, as their teams played current league leaders Basaksehir, whom Erdogan has said he supports, and runners-up Galatasaray.

The loss of Ankara ended 25 years of control over the capital by the AK Party and its Islamist predecessors. Defeat in Istanbul, where Erdogan was mayor in the 1990s, would be an even greater blow to the president who has dominated Turkish politics through a decade and half of repeated election triumphs.

On Monday electoral officials in the Maltepe district of Istanbul, where a recount of votes in 1,089 ballot boxes had already been underway for nearly a week, ruled for a fresh recount after an appeal by the AKP and their nationalist MHP allies, broadcaster NTV said.

The appeal centered around an AKP objection to the additional teams brought in to speed up the recount, and means more than half the votes in the district must be recounted again.

The AKP has already filed several other objections across Istanbul and has appealed to annul the elections in another district, Buyukcekmece.

The High Election Board (YSK) has said it would wait for all recounts across the city to be completed before ruling on the AKP’s appeal to annul results in Buyukcekmece.

After that it may have to rule on a call by Erdogan – not yet formally submitted by the AKP – for the entire Istanbul election to be annulled over what the party said were irregularities that affected the outcome.

An appeal for annulment of the entire Istanbul election could probably be lodged only after the YSK has announced the final results.

CHP lawmaker Baris Yarkdas said his party has asked the YSK to consider previous recounts as valid and to speed up recounts across Istanbul by forming 100 new counting teams.

“The AKP-MHP was planning to get different results by having the ballot boxes in Maltepe recounted. When the results did not come out as they wished, they are now not signing the record sheets of the judges (officials) so the count can’t be finished,” Yarkdas said on Twitter.

He said the AKP and MHP were driving the process into an impasse, and putting public servants under pressure. “The party state is crushing the law,” he said.

“Carrying the mandate to the stadium is a seed planted to turn the competition between the sides into animosity. He can’t be mayor,” he said.

Imamoglu responded: “I told my friends I would attend these games before the elections. Are Galatasaray, Fenerbahce and Besiktas not teams of this city? I will go.”