ARMED cops stormed the home of a fired data scientist, suspected of hacking into the state’s emergency response system, on Monday while her kids were inside.

Florida Department of Law Enforcement said that Rebekah Jones, who was fired for unauthorized public comments about the data in May, has been under investigation since early November when someone illegally accessed the state's emergency alert health system. 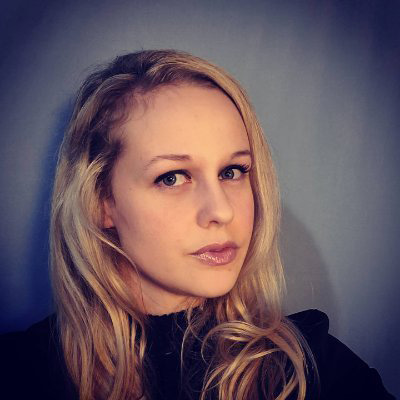 Jones was fired from her post in May after she raised questions about Florida's Covid-19 data.

She had been reprimanded several times and was ultimately fired for violating Health Department policy by making public remarks about the information, state records show.

Since her firing, she has lit up social media with posts criticizing Republican Governor Ron DeSantis and his state agencies.

For months, she has tried to promote herself as a victim who was fired for telling the truth, although there is no evidence that supports her claims.

Early in the pandemic, Jones wrote blog posts and reached out to media outlets and researchers sowing doubt about the credibility of the data now that she is no longer in that role.

She said Health Department managers urged her to manipulate information to paint a rosier picture and that she pushed back. 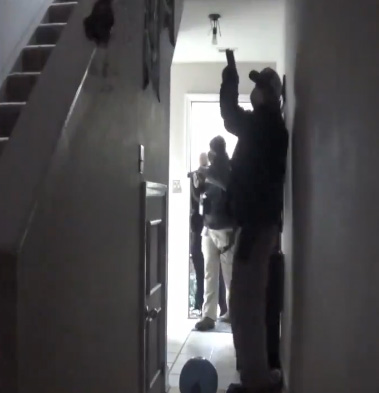 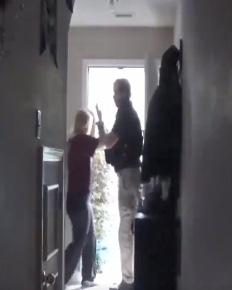 The office of Governor Ron DeSantis declined to comment to the AP on Monday night, but the Republican governor has previously said Jones had a pattern of "insubordination" and should have been fired sooner.

Agents served the search warrant on her Tallahassee home after receiving a complaint from the Department of Health regarding unauthorized access to its emergency alert system, according to a statement from FDLE.

"Agents believe someone at the residence on Centerville Court illegally accessed the system," spokeswoman Gretl Plessinger said in a statement. 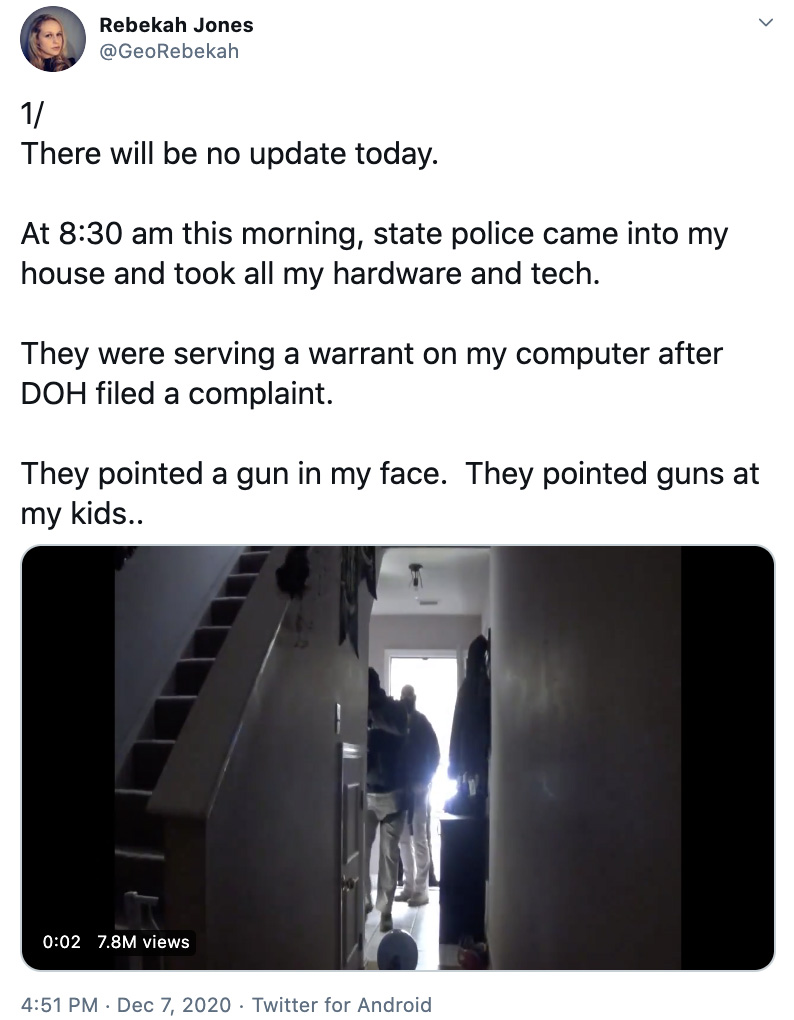 Jones initially refused to answer the door for 20 minutes and hung up when agents called her, according to FDLE.

According to video footage Jones posted of the incident, multiple officers who entered Jones’ home had their guns drawn. One pointed his gun up the stairs as authorities urged Jones to call her husband and children downstairs.

The officer then lowered his weapon after Jones yelled, "Do not point that gun at my children!"

It is unclear whether authorities pointed weapons at anyone in Jones’ home. 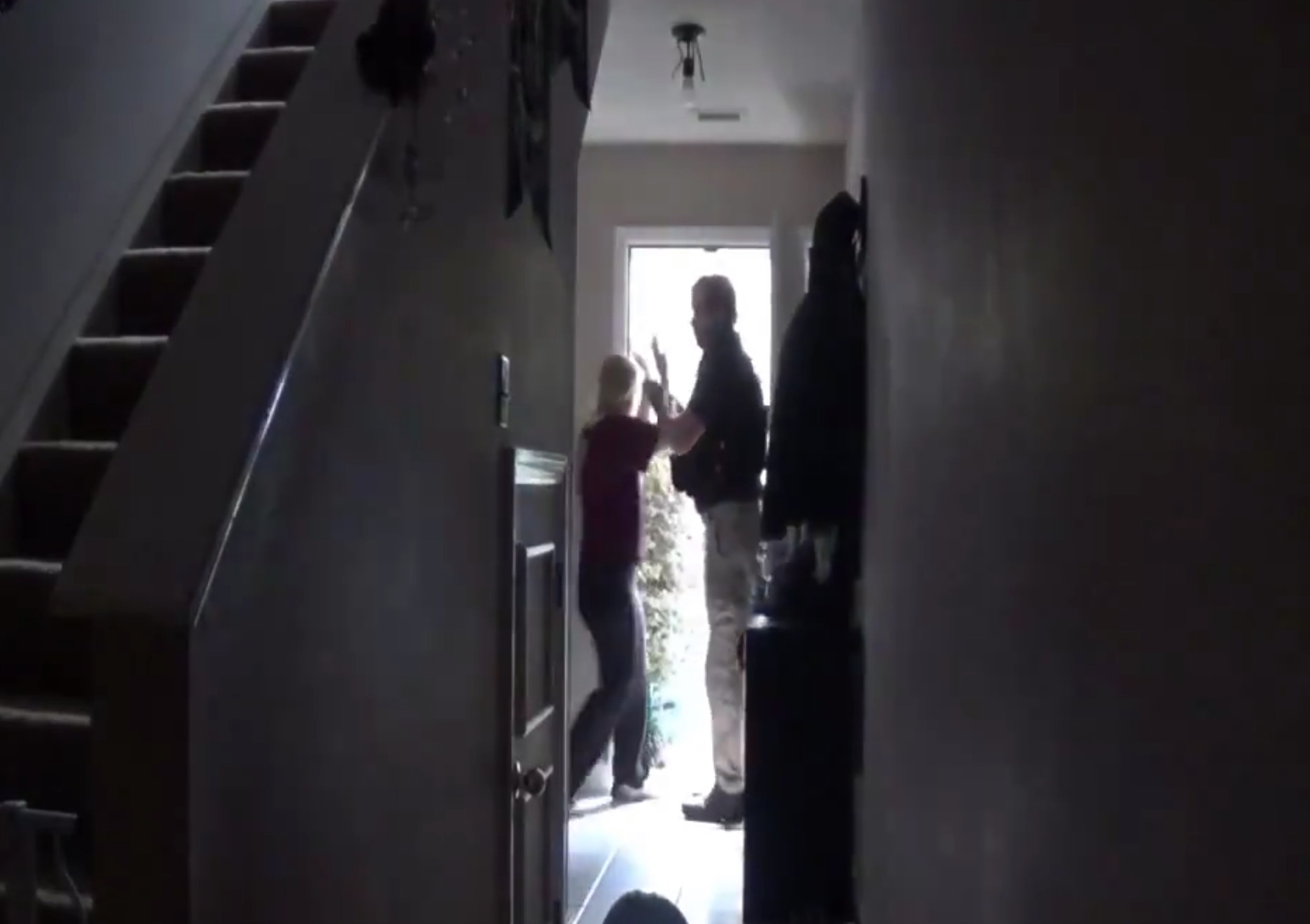 The Tampa Bay Times reported someone hacked into the Department of Health's system in early November, warning recipients to "speak up before another 17,000 people are dead. You know this is wrong. You don’t have to be a part of this. Be a hero. Speak out before it’s too late."

"This is what happens to scientists who do their job honestly," Jones tweeted on Monday.

In an interview on CNN in May, Jones said the state made changes in April to support its initial reopening May 4, for example by altering the way it reports the positivity rate of testing in a way she disagreed with.

This was not a behind-the-scenes change. DeSantis announced it at an April 24 news conference, arguing it was the better figure for assessing trends in testing and control of the outbreak. 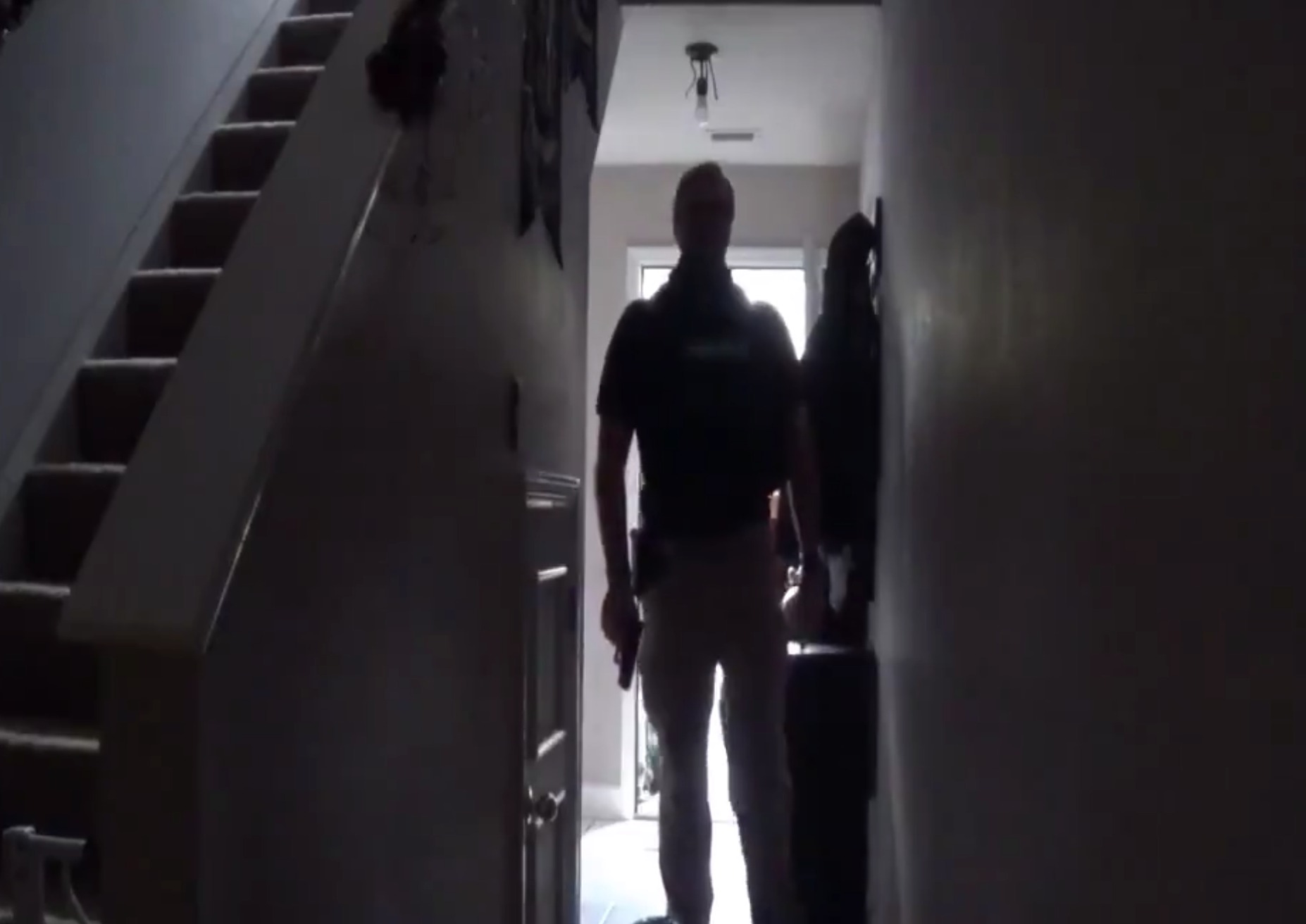 Jones also said she opposed how health officials decided to exempt rural counties below 75,000 population from more stringent criteria for reopening — such as showing a downward trajectory of new cases or case positivity in the past 14 days.

However, federal guidelines allow states to compute criteria at the state level or to tailor a regional approach that takes into account the severity of outbreak in regions.

Florida’s small rural counties have had fewer cases and deaths — 21 of them have had no deaths.

In such counties, a favorable 14-day trend could easily be upended by a small — but containable — spike in cases.

In the CNN interview, Jones was asked whether she was removed because of an attitude problem. 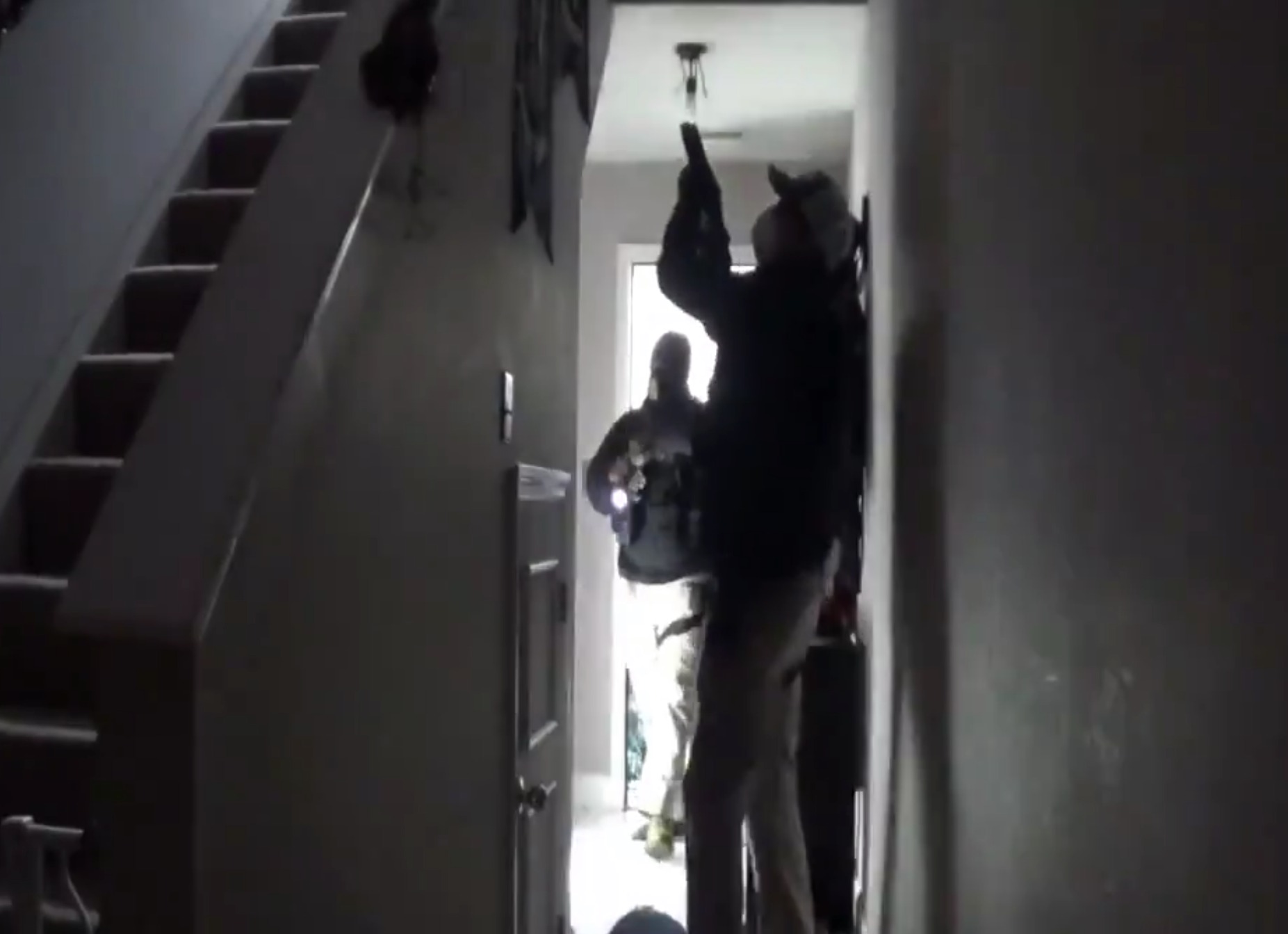 "Somewhat, yes, if refusing to mislead the public during a health crisis is insubordination then I will wear that badge with honor," Jones answered.

Jones was told to resign or be fired last Monday and her last work day was Thursday, after a pattern of overstepping her duties as data manager.

The final straw came on May 15, when she vented in emails to researchers and other data recipients that she’d been reassigned, suggesting they should now doubt the data’s integrity. 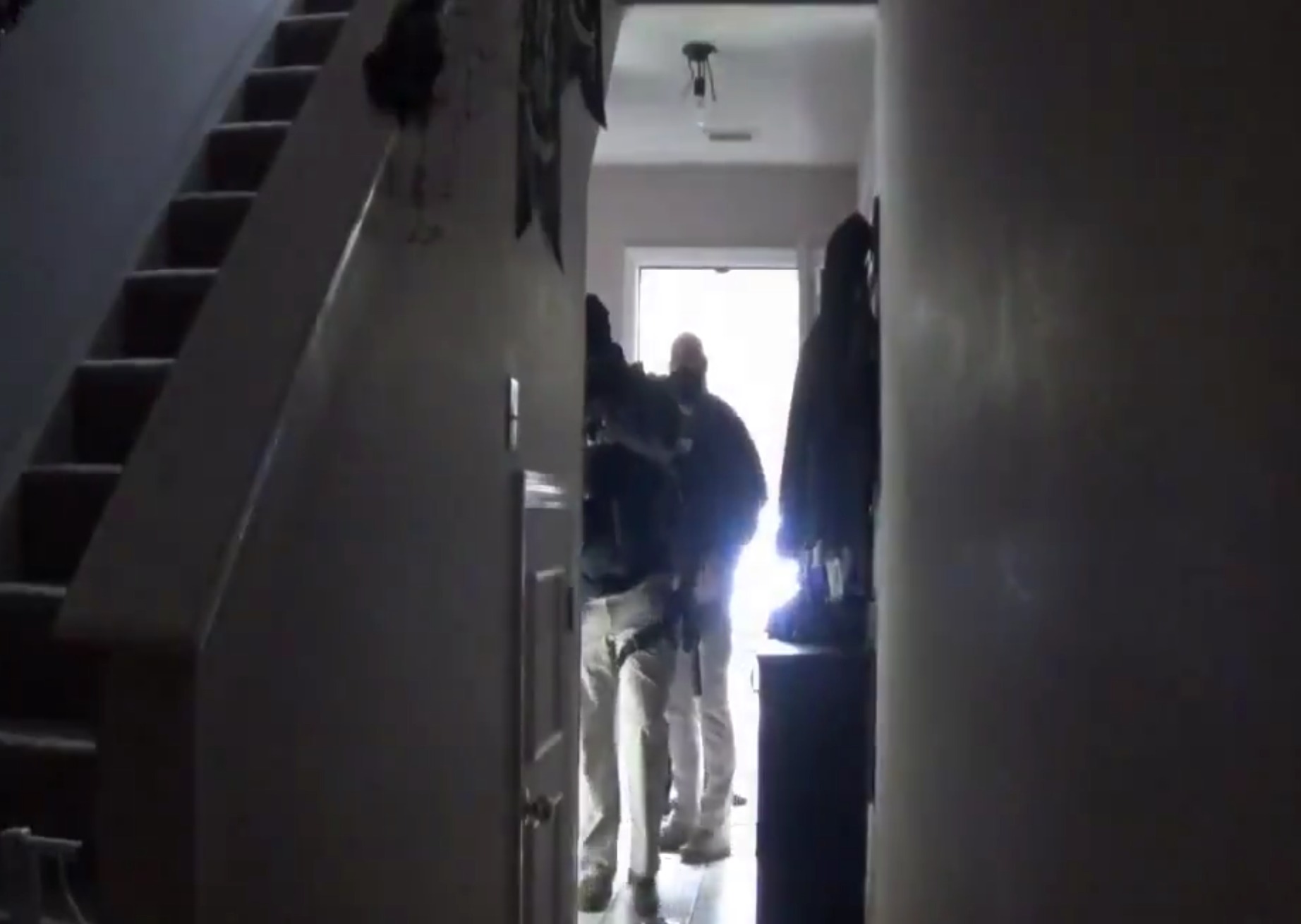 Documents obtained by The Associated Press showed a supervisor warned Jones on April 9 after she posted a message on a newspaper Facebook page about the dashboard.

She was told she needed approval before publicly discussing the work. Less than two weeks later, she was warned again when a mapping company’s online magazine published an extensive interview with Jones.

Her supervisor later found a public blog in which Jones discussed the dashboard, released unauthorized charts and added "political commentary" in posts that appear to have been taken down.

The supervisor, Craig Curry, detailed each incident in an email to the department’s human resources office on May 6 and was told he could begin the process of firing her. But in that same email, Curry also praised Jones, saying she did "fantastic work."

With an expertise in geography and tropical storms, Jones, 30, also has cited her dismay over Health Department officials taking down a category field in line data for individual COVID-19 cases — but says all data was restored later unaltered.

Deputy Secretary for Health Dr. Shamarial Roberson said that Jones’s pushback was over the "EventDate" category, which is when a patient reports first remembering having possible symptoms and is separate from when the illness is confirmed.

"Event date is not the important field," Roberson said. "A case is deemed when you have that laboratory result as positive."