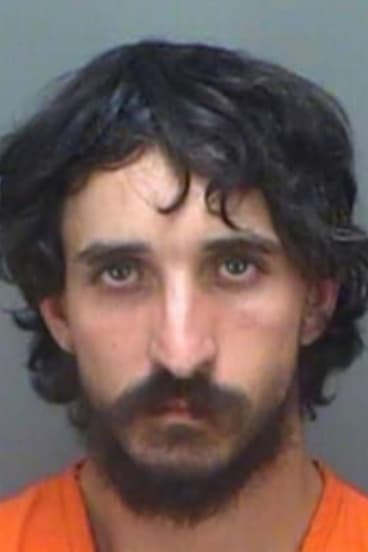 Washington: The tragedy that unfolded off a Florida highway started with an act of compassion, when Dhimitri Andoni stopped his car on the shoulder of Interstate 275 in St Petersburg about 9pm on Thursday.

The 22-year-old had seen a vehicle swerve and become stranded on the median, and he wanted to help.

Soon afterwards, the stranded vehicle returned to the highway and Andoni walked back to his own car, a four-door 2015 Hyundai, Florida Highway Patrol spokesman Steve Gaskins said.

It was then that a 1996 Ford F-150 pick-up truck came hurtling down the highway and struck Andoni – killing him, authorities said.

Video footage showed the driver of the second vehicle, Dana Thomas Byrd, 30, getting out of the pick-up and checking to see whether the man he had struck was dead, Gaskins said.

Byrd then took Andoni's Hyundai and drove off, leaving his truck behind along the median, Gaskins said.

"Byrd stopped after the impact happened," Gaskins said. "He figures out that [Andoni is] dead, gets into his car and drives off. It couldn't be any more of a weird situation than that."

It is unclear why no one stopped to help Andoni after he was hit or whether any passersby saw what had happened.

Hours later, Andoni's father used GPS to track down the Hyundai – which had been abandoned at an office building about three kilometres north of the crash site – and reported his son missing, authorities said.

Inside the Hyundai, Byrd had apparently left behind his wallet, Gaskins said. In addition, the entire incident was captured on a GoPro camera that had been functioning as a dash cam inside Andoni's car, he said.

"We have a GoPro video of basically the victim pulling over to help, getting struck, the guy stealing his car, dropping it off, the whole nine yards," he said.

About 3.40am on Friday, a road ranger with the Florida Department of Transportation tagged Byrd's abandoned pick-up, Gaskins said.

However, it wasn't until 12.30pm on Friday that another road ranger discovered Andoni's body in the median, still near the abandoned truck, he said.

On Friday night, troopers arrested Byrd at his home in St Petersburg, about five kilometres west of where the Hyundai had been abandoned.

Byrd has been charged with grand theft auto and leaving the scene of a crash involving a death. He is being held at the Pinellas County Jail on a $US100,000 ($140,000) bond.

Records from the Pinellas County Sheriff's Office show Byrd has been arrested in that county 16 other times since 2005, for offences including "criminal mischief to a place of worship", retail theft, trespassing, neglect of a child and driving under the influence.

Authorities are seeking to question the driver whom Andoni originally stopped to help.