As U.S. vaccinations slump, CVS offers cruises, money and a Super Bowl trip to get a shot. 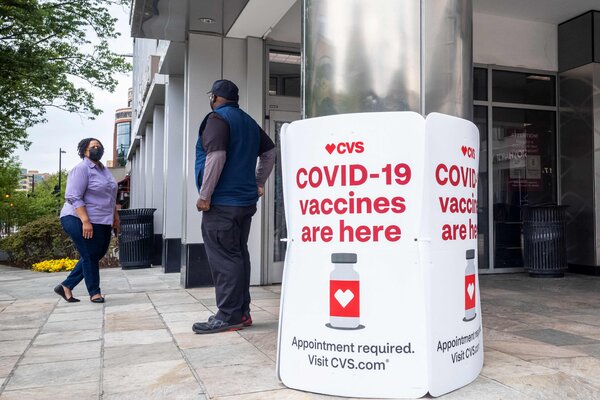 Facing a national decline in Covid-19 vaccination rates and an underwhelming response to vaccines in its own stores, the U.S. pharmacy chain CVS will offer a chance at money, vacations and a Super Bowl trip to persuade the unvaccinated to start going in for their shots.

CVS said in April that it could administer 25 million shots each month, but as of this week it had only administered about 17 million doses in total as mass vaccination sites ended up playing a bigger role in the nation’s early vaccination campaign.

The CVS incentives could not only help get more people vaccinated, but provide a boost to the company: The Medicare payment to administer each dose is $40.

Nationally, the average number of doses administered daily has slowed to 1.7 million, down from a peak of more than 3.3 million in April.

CVS said in a statement that in an effort to “provide a positive reminder of the activities that are possible once vaccinated,” it had joined with other companies to offer prizes to people who get a shot at one of its pharmacies.

Among the incentives: Weeklong Norwegian Cruises, $100 dates sponsored by the dating app Hinge and a trip to Super Bowl LVI next year.

People 18 and older who “received a vaccination or certify that they’ve registered to receive a vaccination from CVS Health” are eligible for the sweepstakes, which runs from June 1 to July 10, the statement said.

CVS isn’t the first to offer inducements to the unvaccinated. Ohio, Colorado and Oregon are offering residents a chance at $1 million for getting vaccinated, and Gov. Andrew M. Cuomo of New York on Wednesday said that residents ages 12 to 17 who get vaccinated would be entered to win a full-ride scholarship to a public university in the state. (Other incentives include free beer in New Jersey and $50 gift cards in Detroit for driving someone to a vaccination site.)

More than 165 million Americans have received at least one dose of a Covid-19 vaccine, according to the Centers for Disease Control and Prevention. Still, only 40 percent of the U.S. population has been fully vaccinated, leaving a significant portion of the country vulnerable to infection.

With the Memorial Day holiday looming, Dr. Rochelle P. Walensky, the C.D.C. director, warned unvaccinated Americans on Tuesday that they “remain at risk of infection” and should still take precautions like distancing and wearing a mask.