Twin-engine turboprop operated by Iran Aseman Airlines goes down near Semirom town while en route from Tehran to Yasuj.

An Iranian passenger plane with 65 people on board has crashed in central Iran during a flight from Tehran to the city of Yasuj, according to Iranian news media reports.

A spokesperson for Iran Aseman Airlines told state TV that Sunday’s air crash killed all 65 people on board.

The plane went down in a mountainous area near the town of Semirom, the news agency ISNA quoted Mojtaba Khaledi, emergency services spokesperson, as saying.

The Iranian Red Crescent said it had deployed to the area, which was quite foggy at the time of the crash.

Iran Aseman Airlines is a semi-private air carrier headquartered in Tehran that specialises in flights to remote airfields across the country and also flies internationally.

The ATR-72, a twin-engine turboprop, is used for short-distance regional flying. Authorities said they would be investigating the cause of the air crash.

However, local news media reported that the ill-fated aircraft had technical problems in the past few weeks.

Saj Ahmad, chief analyst at Strategic Aero Research Centre, told Al Jazeera that it was “premature to rule out anything”.

“Granted, weather may have been an issue, but it’s too early to speculate,” he said.

Iran Aseman Airlines had said on October 26 that the aircraft in question was back in service after being grounded for seven years.

The company deleted that announcement from its social media platforms, but a screenshot of its Instagram account is still circulating.

The aircraft had made an emergency landing on January 25. It later returned to Tehran’s Mehrabad airport for technical checks where the problem was apparently fixed. 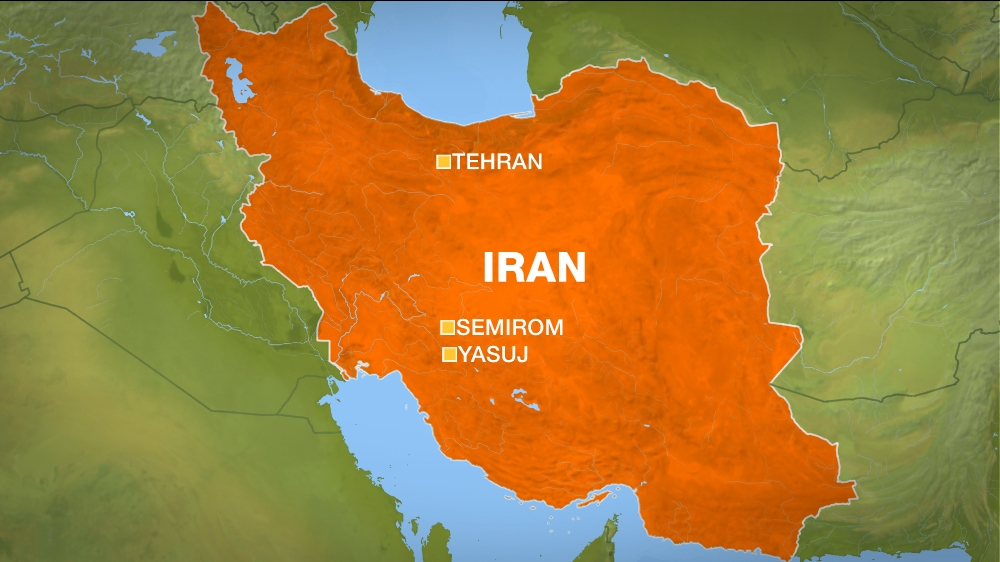 Speaking to Al Jazeera from London, David Learmount, aviation safety specialist and former pilot, said: “Weather in the mountains where the plane crashed was pretty bad.

“It looks as if, when the aircraft was carrying out its initial descent towards its destination, it was in the wrong position and it hit mountains.

“Basically, it’s a failure of navigation. An airplane hitting mountains in clouds is like a ship hitting rocks.”

According to Learmount, the jet that crashed was “a very well-tested airplane [model]”, but the carrier was not unfamiliar with accidents in Iran’s difficult terrain.

“The Iran Aseman Airlines flies through lot of difficult terrain of the country. It is more exposed to risk just by the virtue of the country that Iran is.”

Reza, an aviation enthusiast in the southern port city of Bandar Abbas, who travels frequently to Tehran, Shiraz and destinations abroad, told Al Jazeera that the planes in the country were “really old”.

“Although planes are the safest means of transportation, I’m usually cautious when I want to get plane tickets. I usually check the status of the planes flying to my destination. There have been times when I have travelled long domestic distances with train or bus, just because I haven’t been sure about the planes’ safety status,” he said.

Following the 2015 nuclear deal with world powers, Iran signed deals with both Airbus and Boeing to buy scores of passenger planes.