Amsterdam: Taxpayers could be forced to inject tens of billions of dollars into Europe's biggest airlines to prevent them from collapsing under a "crisis of unprecedented proportions" triggered by the coronavirus pandemic.

The outbreak has thrown the European aviation industry into its greatest fight for survival since the eruption of a volcano in Iceland closed vast swathes of airspace in 2010 and, before that, the September 11 terror attacks triggered a plunge in demand. 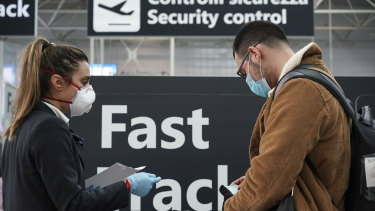 The ban, announced by US President Donald Trump, does not apply to the United Kingdom.

Manduca said the trans-Atlantic route was highly profitable and the implications for carriers would be severe. He said that market was so lucrative that it could represent up to 50 per cent of all profits for KLM, Air France and Lufthansa.

"In terms of contextualising this, in many cases Lufthansa's business will now actually be mostly shut down. It's such a transfer traffic market. They'll be pumping planes into Frankfurt that won't now have anywhere left to go given Frankfurt is roughly about 55 per cent transfer in nature. The business doesn't have the final leg of the journey so why would you take the first leg?"

The European Union plans to suspend strict rules that usually require airlines to stick to their schedules or risk forfeiting landing slots. The measure will mean carriers don't have to run empty "ghost flights" to retain their access to airports.