The comedian's troubles began during a segment last month in which he addressed the issue of sex work and how it’s interpreted in local, state and federal laws in the United States. 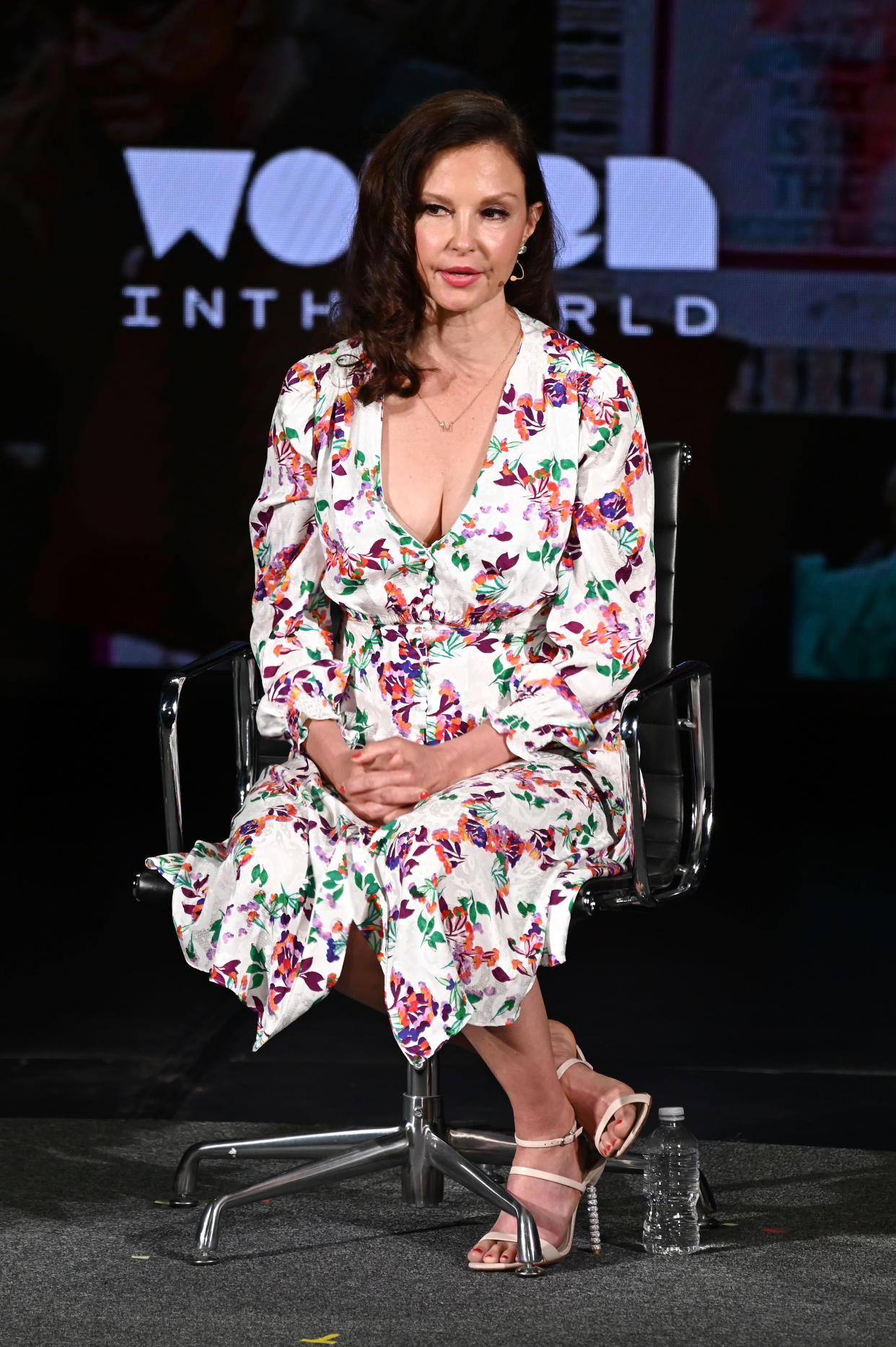 “Everything about the way we regulate sex work in this country is confusing and counterproductive,” he said, adding that it’s either “demonizing, patronizing or just plain wrong.”

At one point, Oliver featured an interview with a former sex worker, now lawyer, who said that at one point in his life he’d worked at Subway, after which Oliver used the opportunity to make what some view as an off-color joke.

“The main difference between sex work and working at Subway is at least in sex work you actually know what the customer is eating,” he said before adding, “And yet, some people feel highly uncomfortable with the very idea that sex is labor and therefore should be treated as such.”

However, Oliver’s approach to making light of sex workers and human trafficking by comparing them to Subway workers didn’t sit well for others, especially former and current sex workers themselves:

Straight, white, hyper privileged male John Oliver compared prostitution – a strange man's penis inside your vagina or mouth, how the man wants it, for as long as he wants it, for a set amount of cash – to making a Subway sandwich.

Thanks John Oliver for your thoughtfulness 👍🏻

Watching the John Oliver segment on prostitution. The very first sentence of the show is "Our main story tonight is about sex". And that's the problem, it's not about sex: it's about paid rape. pic.twitter.com/q3B9WtGZo6

Then on Tuesday, Judd re-shared a video made by World Without Exploitation, an organization whose goal is to end human trafficking and sexual exploitation across the globe.

In the video, the participants spoke from the heart while providing additional context on the issue that they argue was missed by Oliver.

“Dear John Oliver,” the participants began in the video. “We love your show and we love how you always stand up for the people over the powerful, but as survivors of the sex trade we’re here to tell you this time you got it wrong.”

“We get it,” they continued. “As a privileged wealthy straight white guy, you’re not at the best vantage point to understand an industry based on misogyny, racism and economic equality. So here are a few things you missed: Sex buyers are overwhelmingly white guys buying mostly poor Black and brown women and girls, LGBTQI-plus folks and young people. White guys with money buying people of color for their own use.”

They also explained that the sex trade disproportionately represents people of color and other minority groups.

“We completely agree we should not be criminalizing those bought and old in the sex trade,” the video participants point out. “When you talk about decriminalizing the sex trade, what you’re really talking about is whether or not buyers, brothel owners and pimps should be able to operate legally. That’s precisely why pimps support full decriminalization: They will profit big while those who are exploited suffer. So I guess you could say everything you said in your show is spoken like a true John.”

“As far as comparing being sold in the sex trade as having a job in Subway making sandwiches, I wonder if the Subway employees have to deal with occupational hazards such as rape and sodomy. Hilarious, right John?” they added. “You reduced our exploitation to a bunch of jokes.”

“When you speak, people listen,” they concluded. “You can’t afford to get this wrong. So next time, listen and investigate all sides before you speak. Listen to survivors. Not just the guys who look like you or to those in the sex trade with the privilege to enter and exit anytime they want. You cannot erase those with lived experience. The question is simple: Who do you stand with?”

Judd, who last year nearly lost her leg in a harrowing accident, has always been vocal about issues pertaining to women’s rights and protections for sex workers and rape victims — even though at times it hasn’t been embraced by some activists. 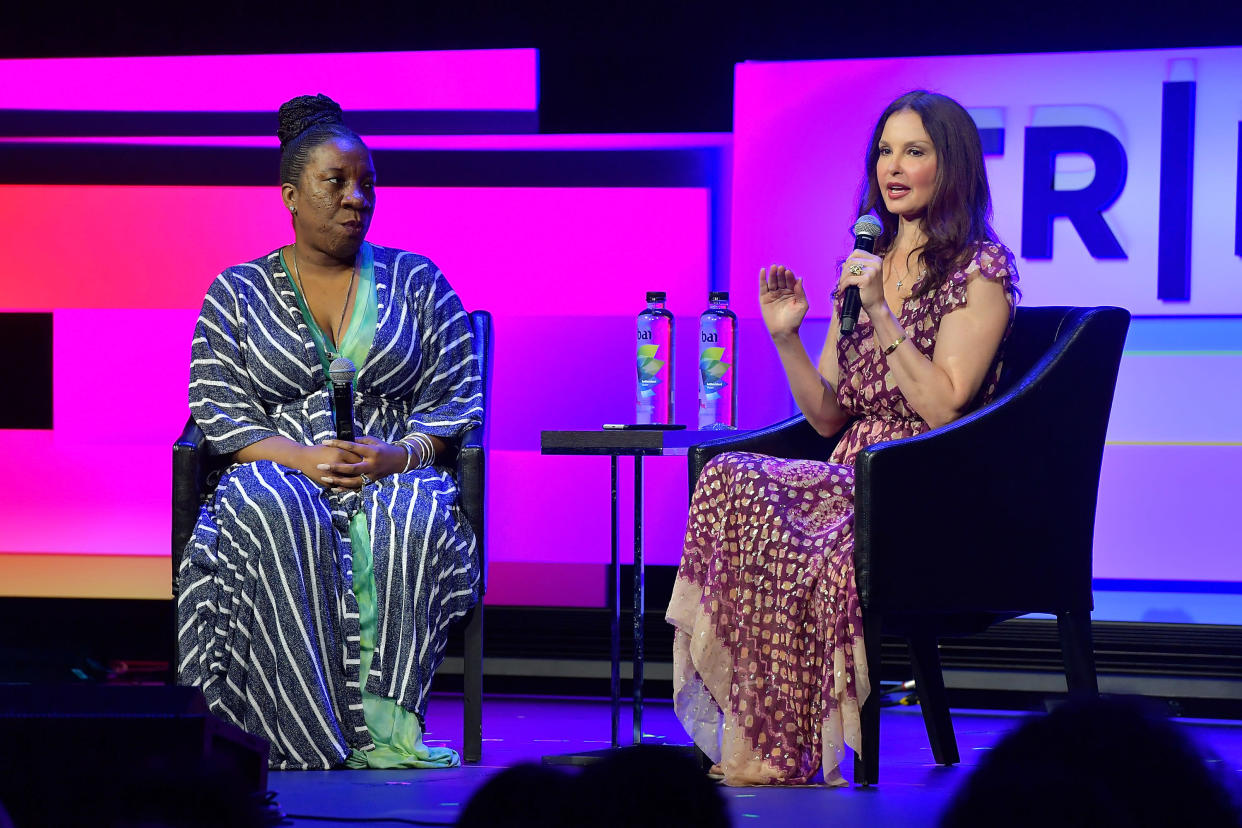 Last November, the actress vowed that Time's Up, a nonprofit focused on fighting sexual abuse in Hollywood and beyond, will return stronger after a "major reset."

In terms of what went wrong with the organization, the actress explained, “As a board, we didn’t have some guardrails in place that were important, and that was a governing lapse on our part, which we regret.”

“That’s a mistake we will not make in the future," she added. "There were some communication lapses, and we didn’t have a strong middle management core, so that was a structural challenge. Even though we were super clear about our singleness of purpose for a fair and equitable workplace, there were some people who seemed not to be entirely clear about our mission.”

“It is a process, and it’s tough in the culture in which we live to rebuild trust,” she said. “Hopefully by releasing the report and keeping our word about transparency, that’s an initial step. And we ask for the suspension of disbelief. We’re going to get it right. We’re going to take the time it takes, and we understand the urgency for Time’s Up to exist.”