Sale price of pedophile Jeffrey Epstein’s 8,000-acre New Mexico ranch is SLASHED by $9.5M to $18M – after sitting on the market for a year and a half

Billionaire pedophile Jeffrey Epstein’s New Mexico ranch had its price slashed once again as it continues to sit on the market after nearly a year and a half.

The Zorro Ranch, 35 miles from Sante Fe, is now down to $18 million, a nearly $10million drop from its initial listing price of $27.5million.

Epstein’s New Mexico home, which sits on nearly 8,000 acres, first went on the market in July 2021. Buyers could be deterred by reports indicating he had hopes to turn the sprawling 33,000 sq ft property into a ‘baby making factory,’ and that several women reported having been raped and assaulted there when they were underage. 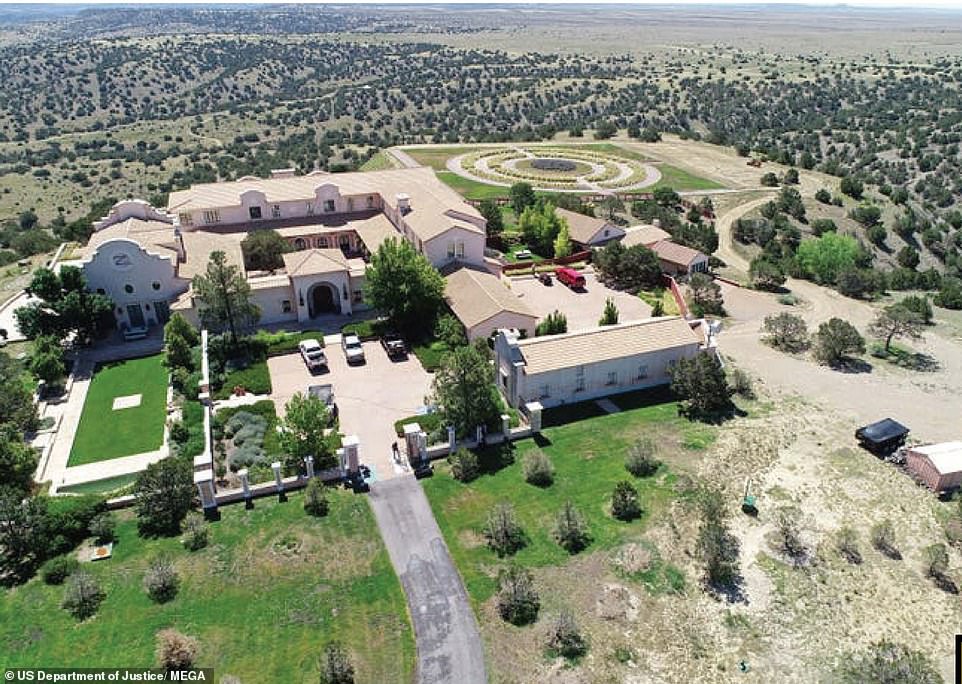 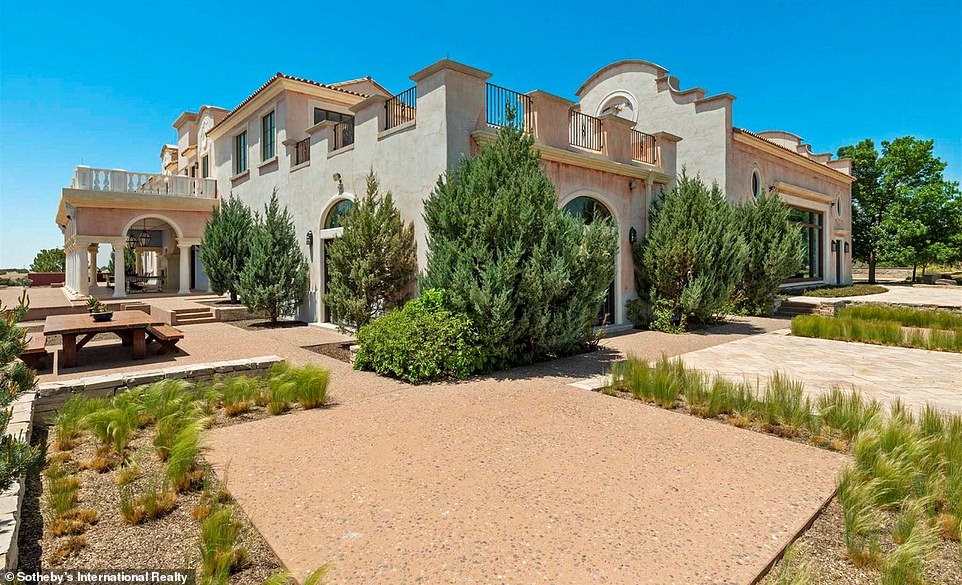 Exclusive pictures obtained by DailyMail.com show the vast scale of Jeffrey Epstein’s 8,000-acre ranch at which multiple girls claim they were raped and abused by the disgraced financier 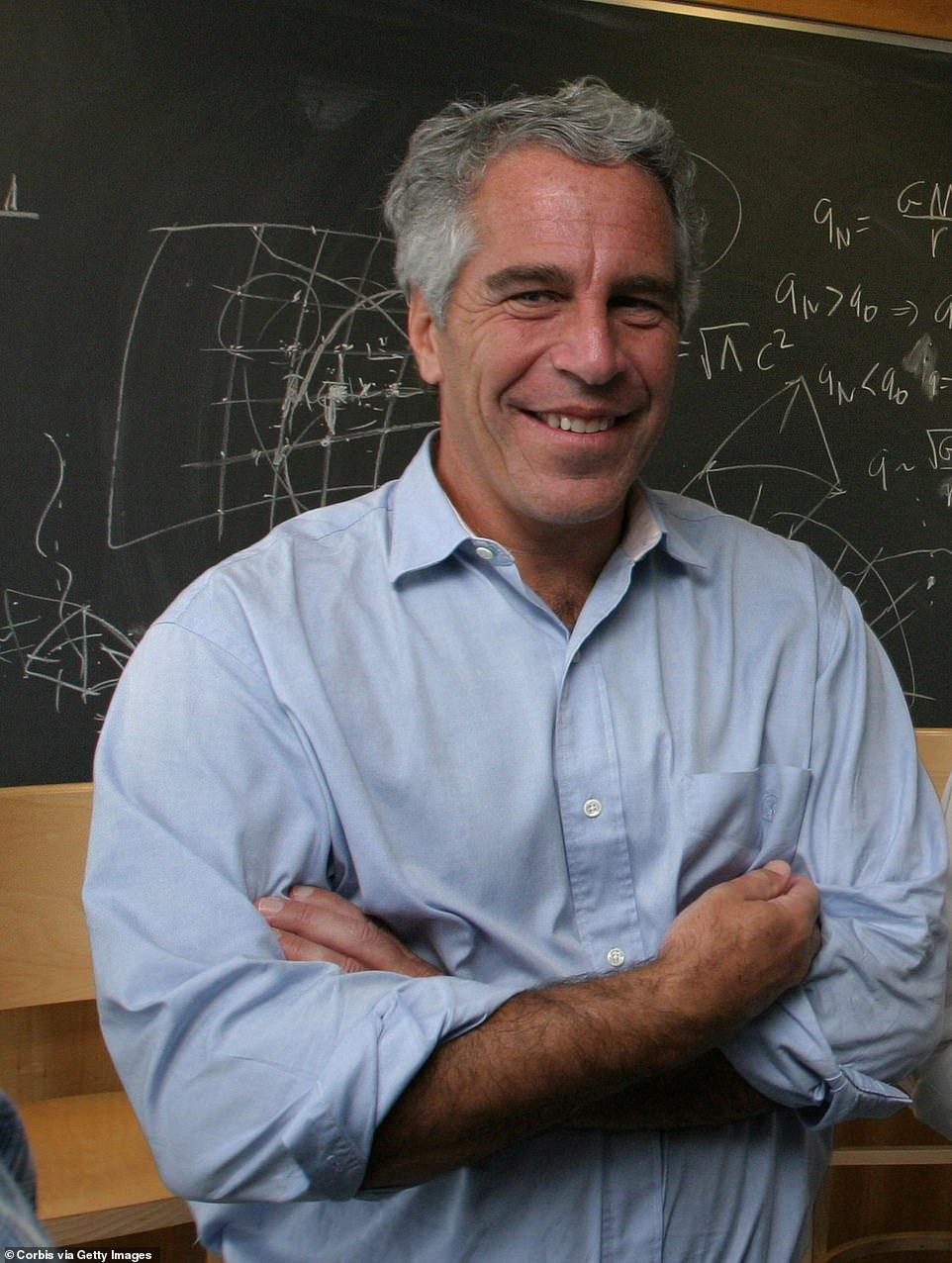 Several women reported being sexually abused by Epstein at the New Mexico property. The New York financier was never charged in the state with any crimes, however.

DailyMail.com exclusively revealed photos of the home, purchased through the millionaires holding company Cypress Inc., in May.

Just days before his death, two women provided accounts in front of a courtroom detailing their experience of assault at the Zorro Ranch in 2004.

One woman, identified as Jane Doe, told the court that she was brought to the New Mexico property at just 15-years-old and that Epstein abused her for hours and took her virginity. 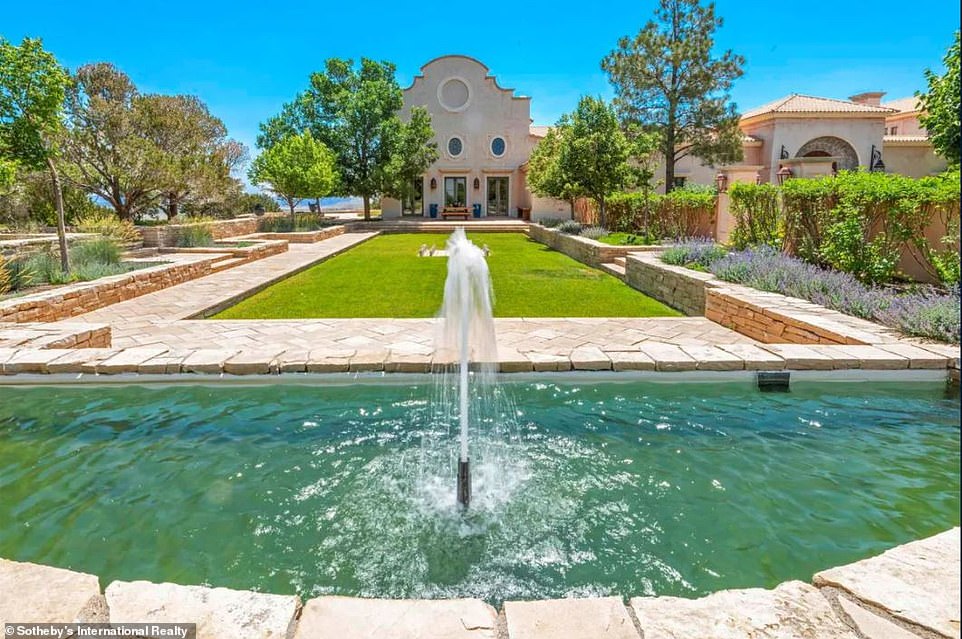 The ranch sits between Santa Fe and Albuquerque and was acquired by Epstein, 66, through his Cypress Inc holding company in 1993 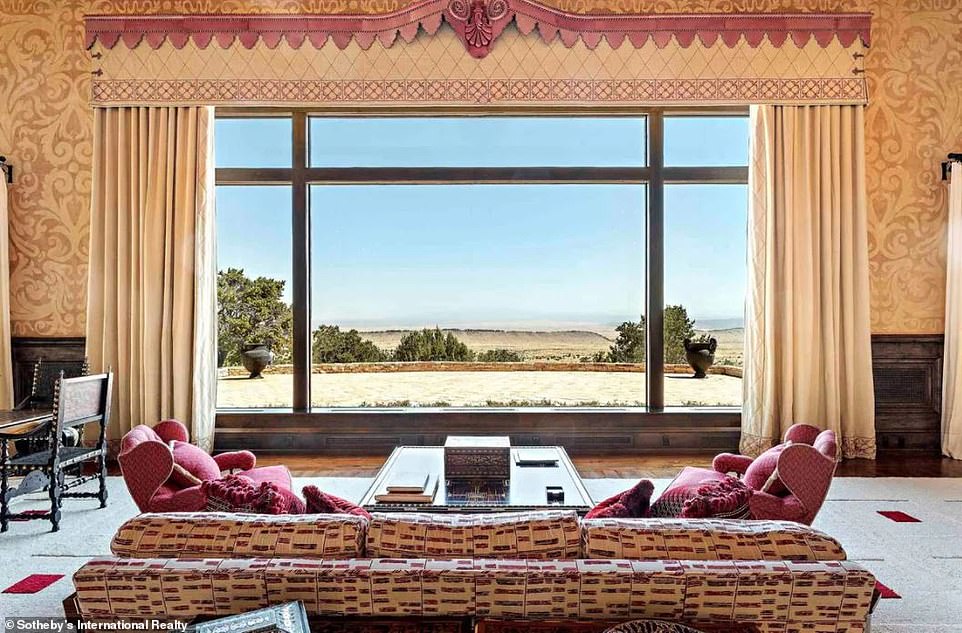 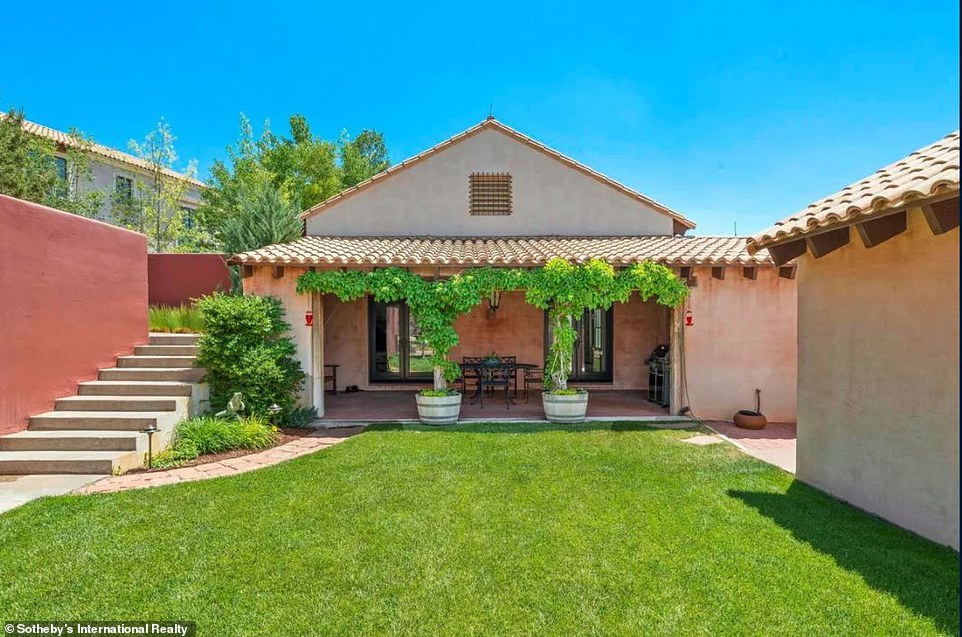 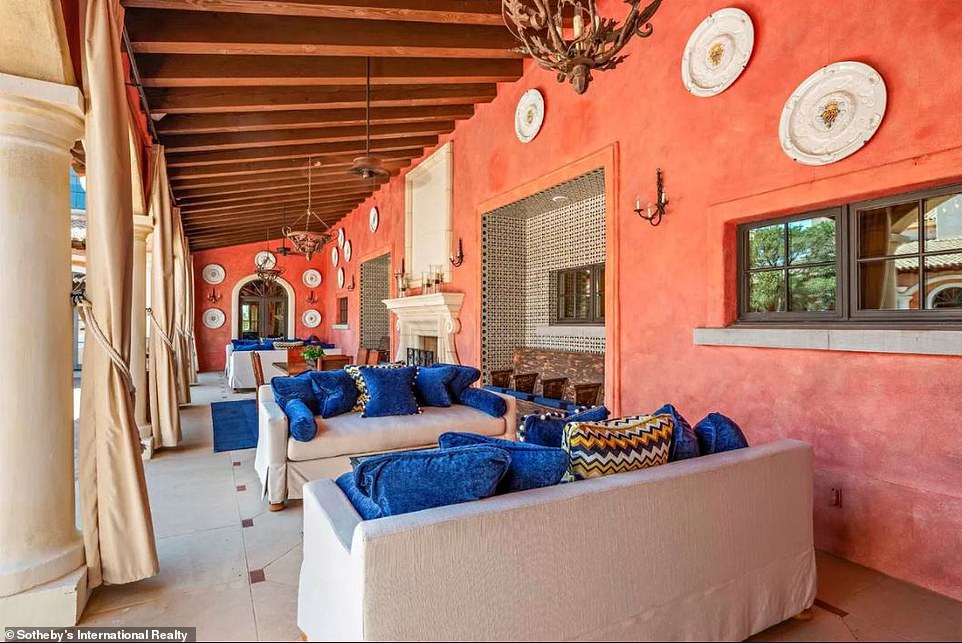 During his life Epstein took stringent measures to limit access to the ranch, 423 acres of which, these sales particulars reveal, was leased from the Bureau of Land Management

At the time, Virginia Giuffre also said she had been trafficked to the Santa Fe County ranch, while Maria Farmer claimed that her sister Annie assaulted at the home in 1996 by the millionaire and his co-conspirator, Ghislaine Maxwell, 60.

Epstein allegedly closely guarded the property to ensure it was secluded from the world.

The ranch was set up to be as self-sufficient and private. The property even came with its own firehouse with working engine and fire retention water tanks in case of a blaze.

Glasshouses accommodate a generous kitchen garden and offer the ranch a home for its own private ecosystem. 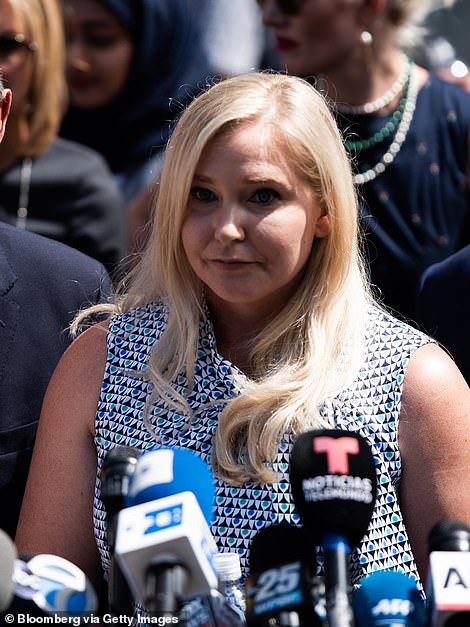 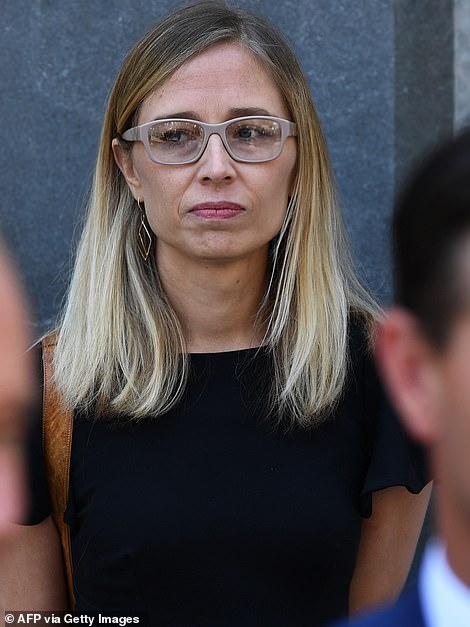 Virginia Giuffre (left) and Annie Farmer (right) have claimed that Epstein flew them to his Zorro Ranch in New Mexico, ranch where he sexually abused them as teens 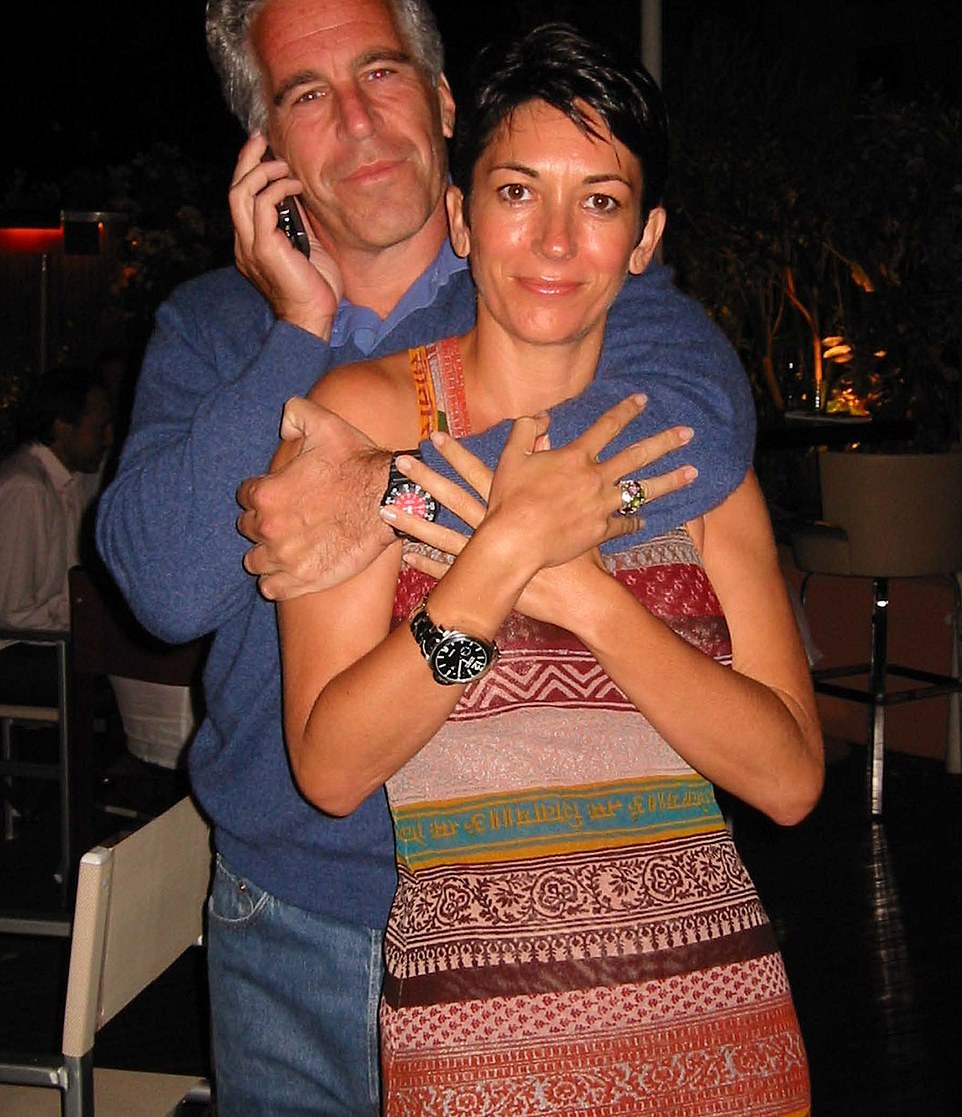 Women claim they were flown to his ranch and molested by Epstein and his lieutenant and co-conspirator Ghislaine Maxwell, 60 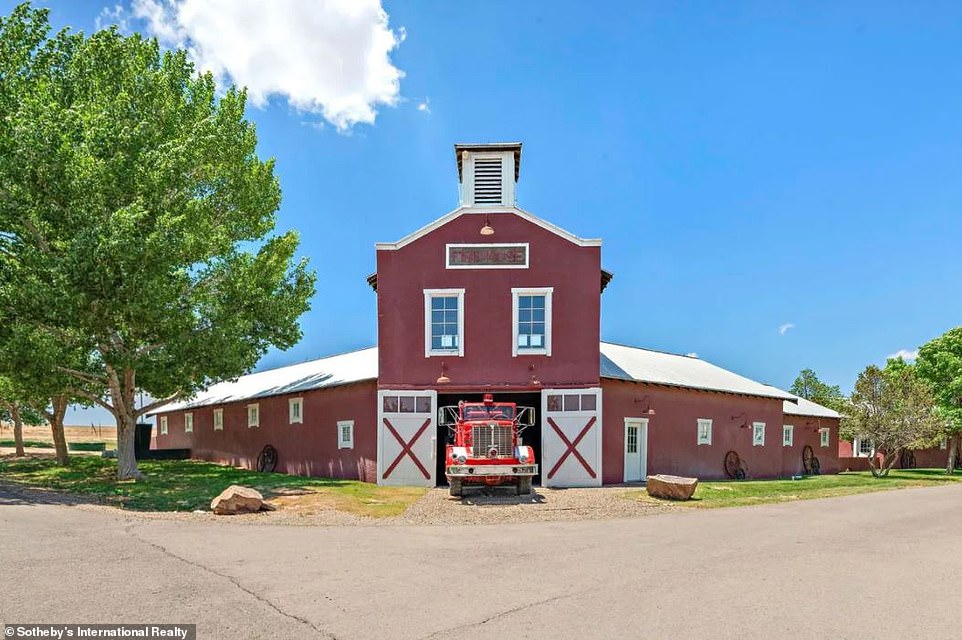 It boasts its own firehouse with working engine and fire retention water tanks that store 5,000 gallons near the main residence and 10,000 gallons in Ranch Central 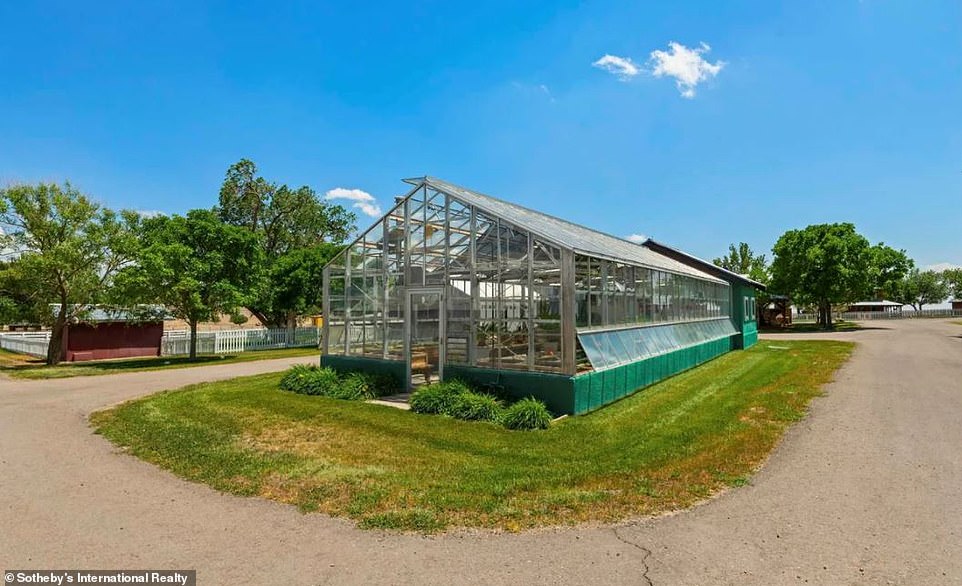 The financier used the 10,000-acre ranch as a playground for his VIP guests, who he brought to the secluded estate a few times a year.

Sales from Epstein’s other estates have been used to fund the Epstein Victims’ Compensation Program, which was created in June 2020.

Daniel Weiner, an attorney for the estate, said in 2021 the compensation program has been funded with over $140 million, according to the Wall Street Journal. 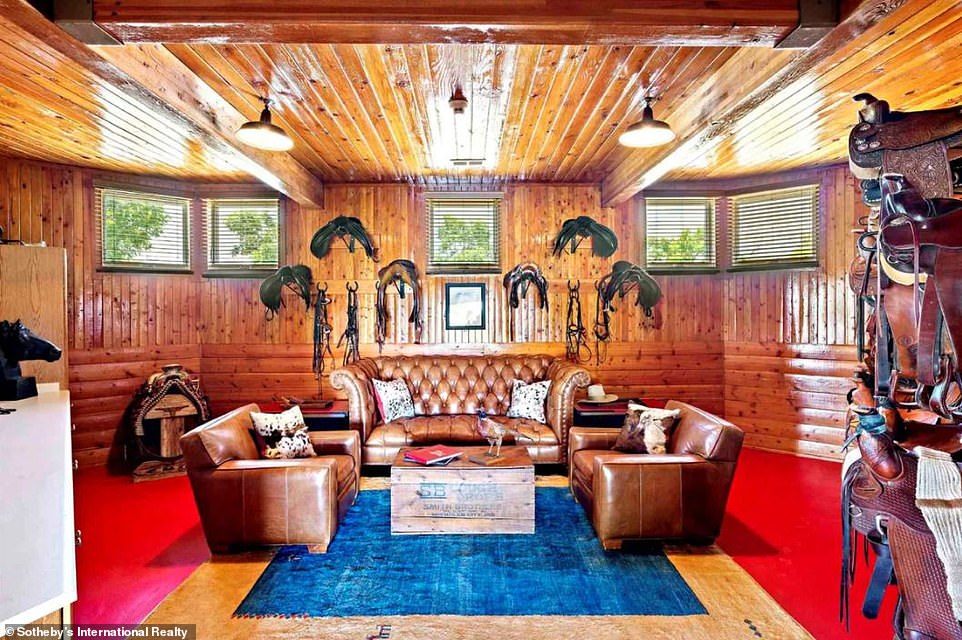 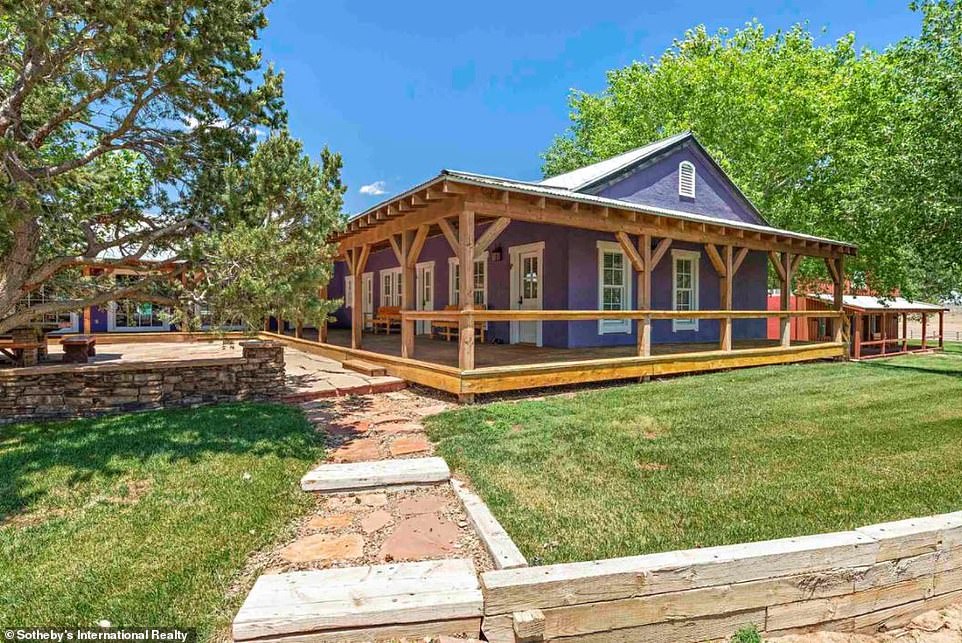 The Blue House, located near the property’s western boundary was where Epstein’s private pilot Larry Visoki lived. Visoki, 62, took the stand at Maxwell’s trial to testify to the high-profile clients he flew in Epstein’s plane, including former President Bill Clinton 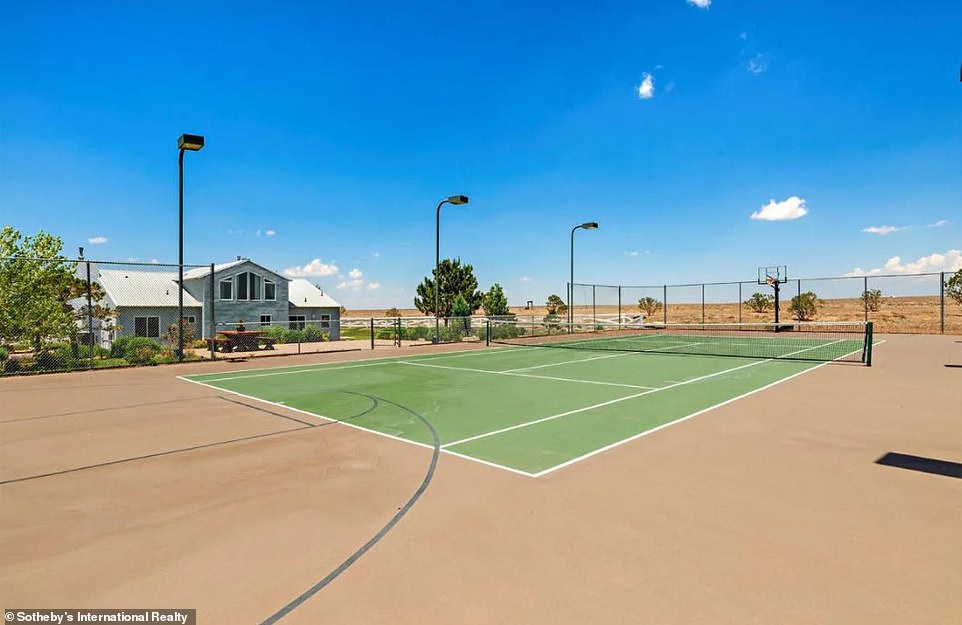 Visoki’s home when on the ground and in New Mexico was the 1,650 square foot, two-bedroom, two-bathroom property pictured here, complete with a two-vehicle garage, tennis court and basketball hoops 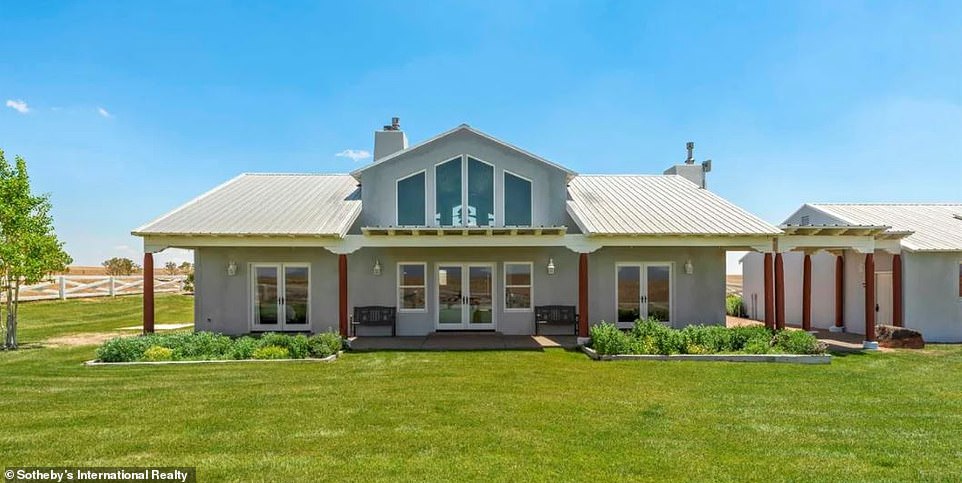 The news of the estate’s price reduction come just days after it was confirmed that dozens of court documents relating to Epstein’s associates, including a billionaire businessman, will be made public.

Judge Loretta Preska recently ruled that public interest outweighs the right to privacy and that the materials should be unsealed despite one subject claiming it could ‘wrongfully harm (his) privacy and reputation.’

Preska overrode objections from Tom Pritzker, the billionaire executive chairman of the Hyatt Hotels, and ordered material related to him be made public.

The documents are part of a defamation case brought against Maxwell by accuser Giuffre in 2016 that was later settled.

The trove of material has been released on a rolling basis after with the first set coming in 2019, two days before Epstein killed himself, after numerous requests from media organizations. 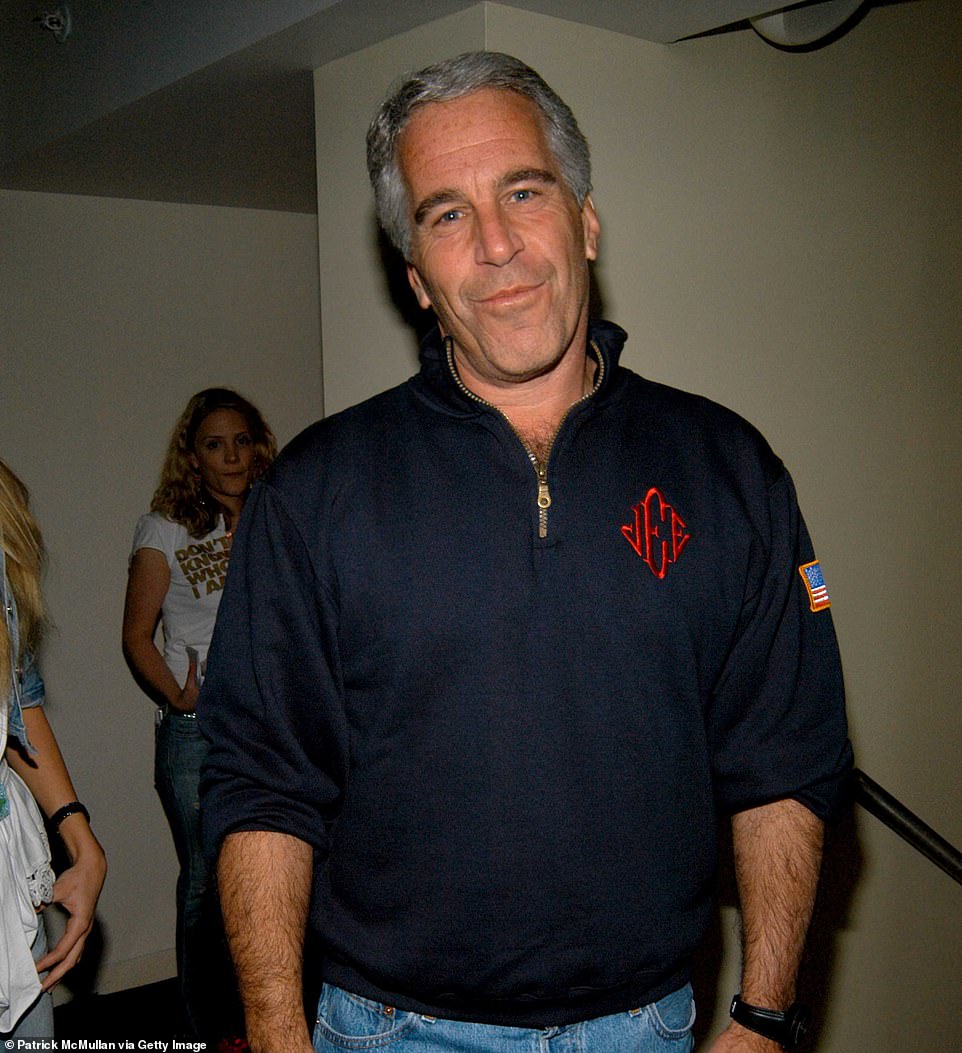 Dozens of documents relating to Jeffrey Epstein’s associate are to be unsealed, a judge ruled 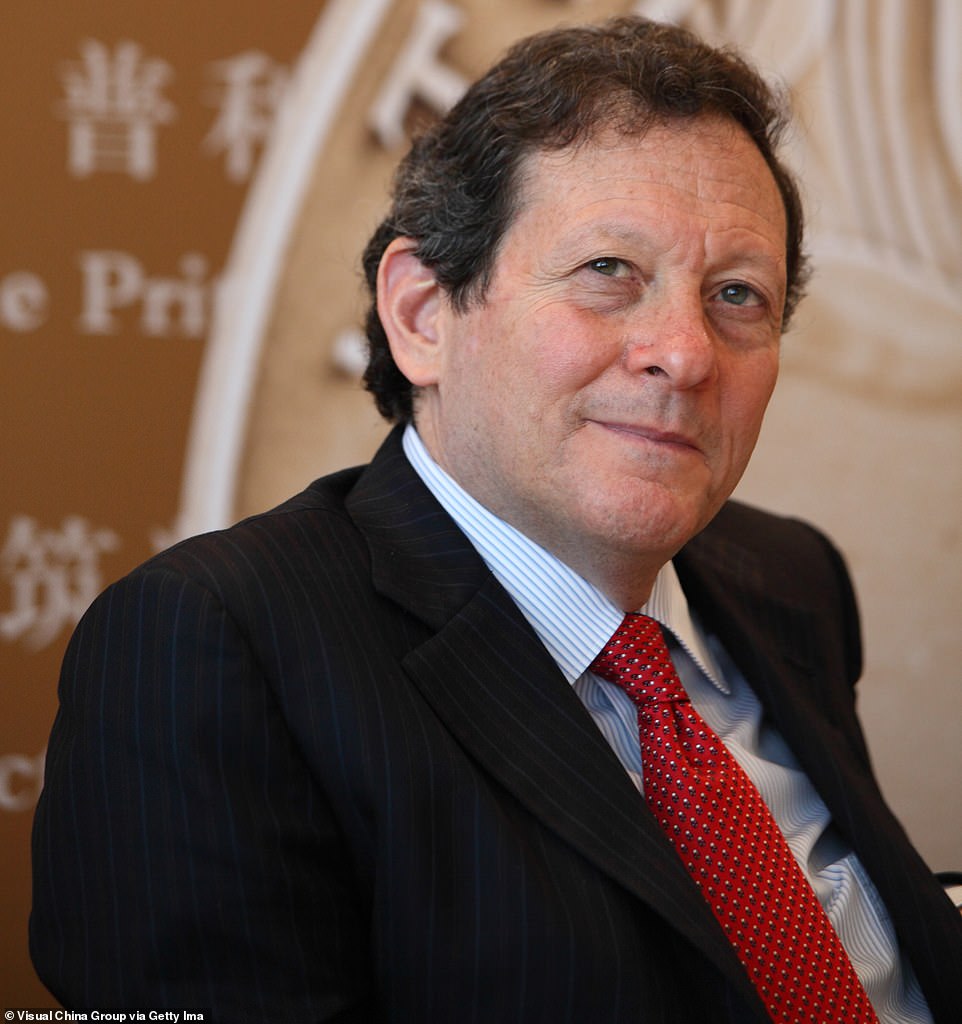 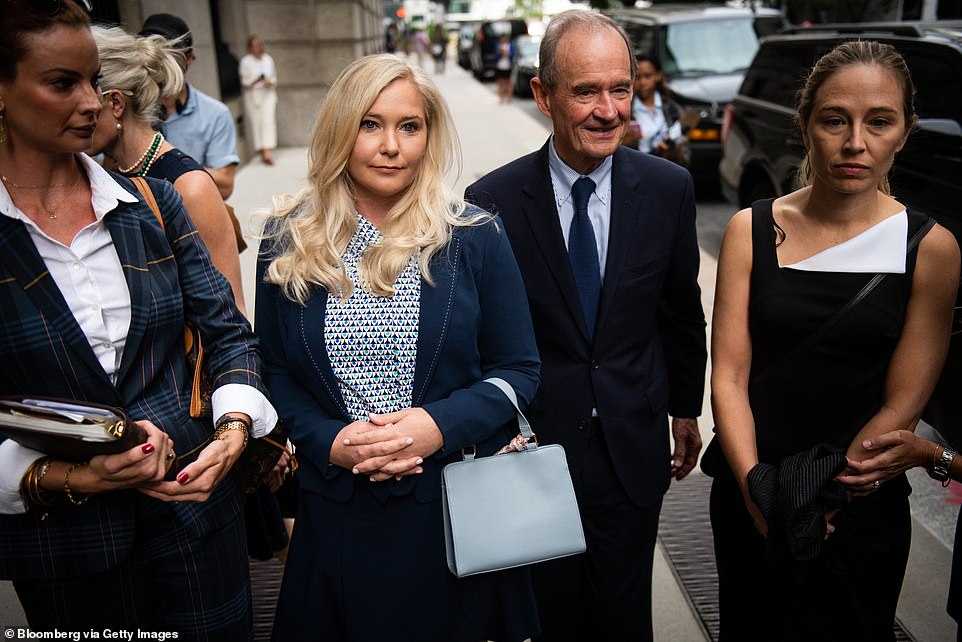 A total of 16 ‘Non-Party Does’ objected to the release of the files being made public and the first set of eight have already been dealt with by the federal court in New York.

Judge Preska said that much of the ‘purportedly sensitive information’ had already been made public last year during Maxwell’s trial for trafficking underage girls to Epstein, which led to her being jailed for 20 years.

She ran through dozens of documents and ordered them to be unsealed.

Documents related to Doe 183 were to be made public as they have been the ‘subject of intense media coverage’ and cropped up in Maxwell’s trial.

However, Judge Preska put a stay on the release of this material to November 28 so that the Doe could appeal if they wanted.

Doe 107 claimed that unsealing their material would ‘connect’ them to the Epstein and ‘unnecessarily invade (their) privacy’.