Assad told Putin that the situation in Syria was getting more stable, according to the Kremlin, and that he now plans political reforms in the country.

The pair last met at a Russian air force base in Latakia, north east Syria in December. 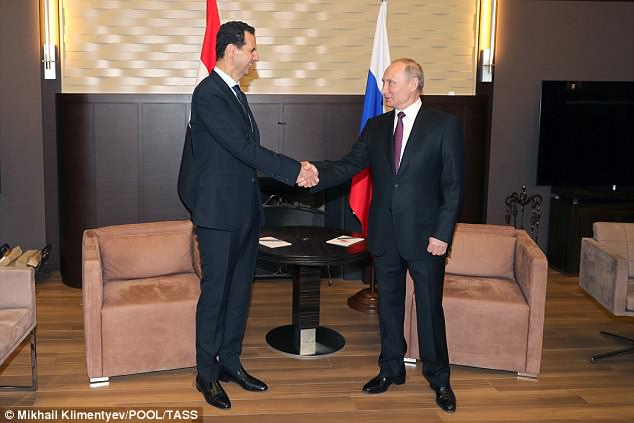 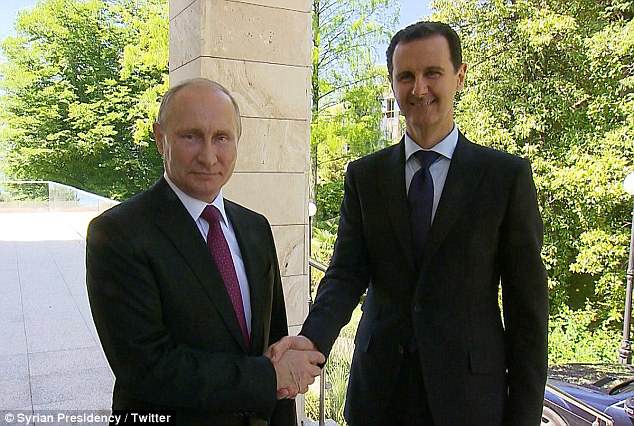 A transcript of Thursday’s meeting released by the Kremlin quoted Assad as saying that Syria is making progress in fighting ‘terrorism,’ which ‘opens the door to the political process’.

Putin’s spokesman Dmitry Peskov said Assad informed Putin of his decision to ‘send a delegation to the U.N.’ to discuss reforming the country’s constitution.

‘Stability is improving, and all that opens the doors to the political process, which we started a while ago,’ Assad told Putin, according to a transcript of the opening remarks from the meeting posted on the Kremlin website.

‘I have always said, and I repeat it again, that we have always wholeheartedly supported the political process, which should proceed in parallel with the war on terrorism.’

‘We know that will not be easy, since there are countries which do not want stability to return to Syria. However, together with you and our other partners and friends, we will move firmly forward with the peace process.’

Russian military intervention, along with that of Iran and Hezbollah, has turned the tide in the Syrian seven year civil war in favour of the Assad regime.

Its state television on Thursday aired footage of the two leaders meeting.

Putin told Assad that ‘a lot has been done’ at Russia-sponsored talks between the Syrian government and the opposition in Kazakhstan.

‘Now we can take the next steps together with you,’ Putin told Assad. 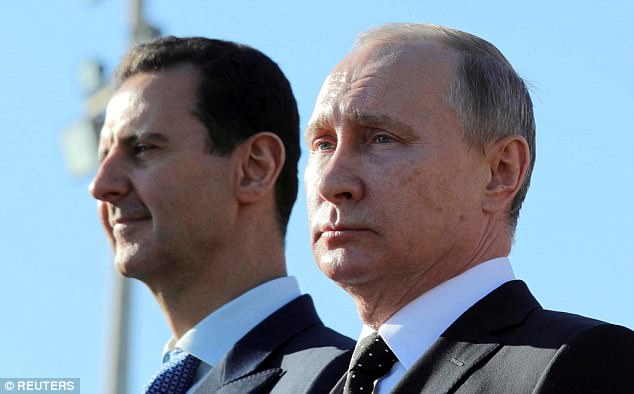 Assad and Putin pictured the last time they met, at an air force base in Latakia, Syria

Russia launched its air campaign in Syria at the end of September 2015 when Assad’s government was teetering on the brink of collapse.

The size of the Russian deployment in Syria is not known but independent Russian military expert Pavel Felgenhauer estimates that up to 10,000 troops and private contractors could have taken part in the conflict.

The last time they met footage showed the Syrian strongman being humbled on his own turf – when a Kremlin serviceman ordered him to wait while Putin walked off in front of him.

The clip shows a man in military clothing placing his hand on Assad’s arm and urging him to stop walking as Putin advanced with his own officials.